SNOTEL: A Network For Monitoring Snow 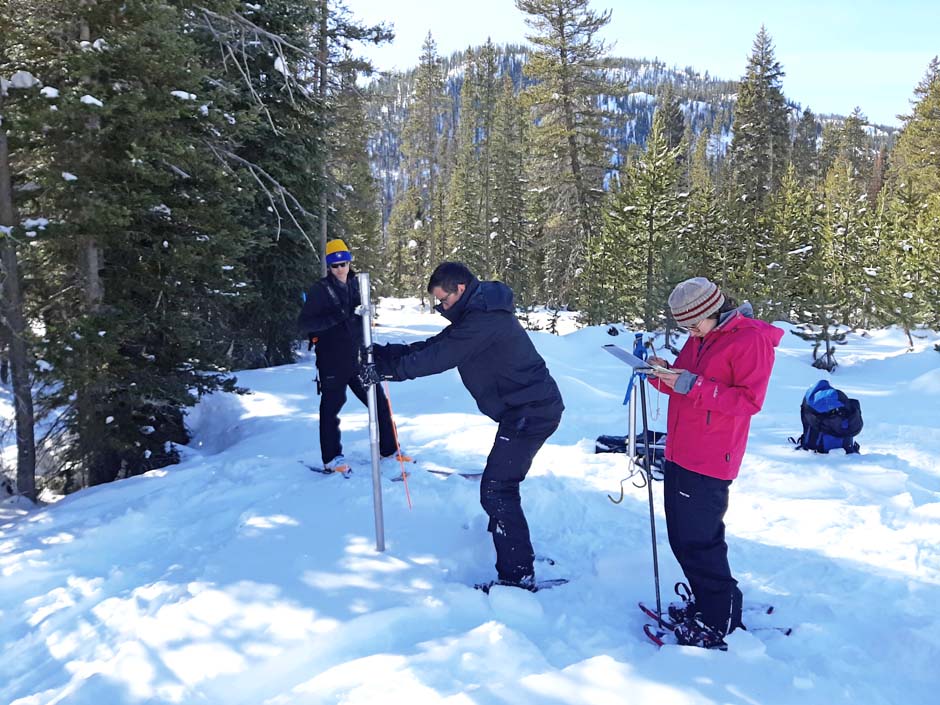 While many of us think of snow men, snow forts, and Currier & Ives prints as our yards turn white in December and January, for Mike Strobel, Director of the National Water and Climate Center at the USDA Natural Resources Conservation Service, snow isn’t just something to enjoy during the winter months, it’s something to think about all year round. It’s also the foundation of the last fourteen and a half years of his career with the Snow Survey and Water Supply Forecasting program and using SNOTEL, the Snowpack Telemetry data-gathering network.

Strobel’s career began 40 years ago as an Ohio State undergraduate fascinated with climate science. Since then, he has worked on teams to collect ice and snow samples all over the globe, from 18,600 feet in Peru to deep in the ice in Antarctica. He’s also a veteran of snow and ice data collection in Alaska and Greenland, studying hydrology and glaciers. All along the way, he has become part of the Snow Survey’s lengthy history.

What is now the Snow Survey and Water Supply Forecasting program as part of the Natural Resources Conservation Service began with the Soil Conservation Service. “The snow data collection actually began in 1906 by a professor at the University of Nevada-Reno and our agency has handled this since the 1930s,” Strobel notes. “We have 12 western states collecting snow information, for the purpose of predicting spring and summer water supplies. This is extremely important for agricultural planning and irrigation purposes. From January to June we collect snow depth information, and its water equivalent. SNOTEL, which is an automated system, as we think of it today, didn’t start until the late 1970s. The data collected then and now includes the depth and weight of snow, from which we can calculate the water content. We currently have 889 SNOTEL sites and over 1,000 manual sites. We gather other data at the SNOTEL sites as well, including temperature, precipitation and solar radiation data.” 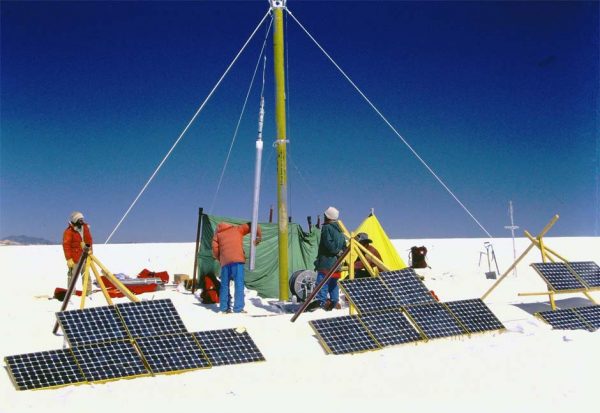 While the older manual data was in many cases only taken once a month, the current SNOTEL data are collected continuously and transmitted every hour. SNOTEL is exceptional not only in how often it takes data, but also in where it collects data. SNOTEL is in high-altitude mountainous areas –above the range of the rain-snow transition. SNOTEL sites are also in protected areas where wind is not eroding snow. They are often in Forest Service, Wilderness and National Parks areas, and they are often in areas closed to the general public.

“We can look at snow data and compare it to 30 year periods, referred to as the ‘normals,’ to see how it rates to the same date over that period (i.e., is the current condition above or below normal),” said Strobel. “Before the automated data from SNOTEL, we had manual measurements. We still take manual measurements now, to supplement the SNOTEL data or in areas where we don’t have SNOTEL stations. We continue to take manual measurements because that helps us calibrate our SNOTEL data, and because we don’t have automated equipment in all locations. Our agency and our co-operators still take measurements at over 1,000 sites each year. Our measurements are taken from January to June, and in addition to the U.S. data, we also work with Canada to use their snow data for our forecasting.”

Manual measurements involve snow tubes for measuring the depth and weight of snow. Samples are taken along a transect at sites visited typically each month between January and June. Cellular and satellite systems transmit automated data from SNOTEL stations, as are radio frequencies from the Meteor burst system. SNOTEL data gathering, processing, and quality control is done in the Portland, OR office.  Many map and graphics products are made there also and are served on the web. 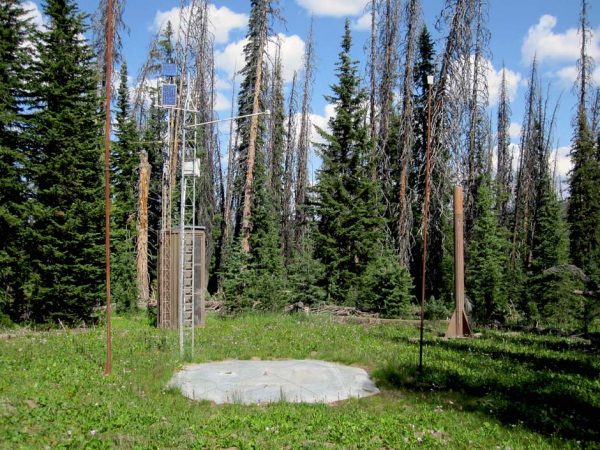 An important focus in Snow Survey and Water Supply Forecasting research is participating in the development of new methodologies to collect snow data. Fixed wing flights and LIDAR are being used by many groups to gather snow information. Satellite data collection is also being used. There are efforts to constantly improve forecast models and improve data quality and delivery. Other factors, such as dust on snow, is also important in its effects on snow albedo and the timing of melt, as are temperature increases and changes in the rain-to-snow transition zone.

Recent trends seen in SNOTEL data include increasing regional annual temperatures. “Some of the hottest years we’ve ever had on record have occurred in the past decade,” Strobel observes. Click To Tweet

There have been trends with snowpack as well. Typically in the past, the maximum snowpack would be around April 1st, but now the peak snowpack in many areas seems to be happening earlier. Peak runoff also is happening earlier in many areas. For many stations, the rain-to-snow ratio is increasing. “That’s important because snowpack relates closely to temperature,” said Strobel.

Major goals of the Snow Survey and Water Supply Forecasting program and the SNOTEL network include providing the best science and information to farmers and water managers as possible. Good information is critical so that farmers can better utilize what water they have. Besides agriculture, users such as hydroelectric power and municipal water agencies, for example, use SNOTEL data for reservoir operations management.

“Water supplies in the West are precious, so we need to make sure we give managers the best forecasts and science we can,” said Strobel. “So many people rely on what we do, and that makes our jobs all the more valuable.” 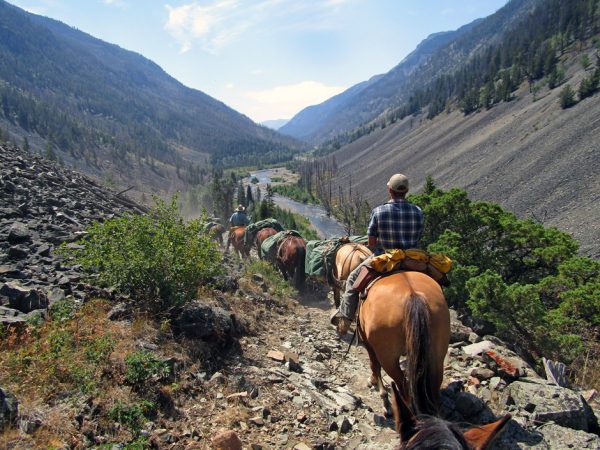 In the future, Strobel sees many opportunities with the program and using SNOTEL. “There are so many opportunities to use improvements in the technology,” he said. “We plan on working to collect more data, more SNOTEL sites, more collaboration with federal, state, and local groups, and more tools for farmers. Generally, we plan on helping people achieve even better water management.”

Lastly, Strobel wants to emphasize that yes, you can absolutely build a career out of snow, and not just any career…a truly great one. “This job is the best job in the world! I have been able to work in so many beautiful and remote locations that people would pay to go to recreationally, but I got to experience as part of my work. My career here has been so meaningful and rewarding to me. I’ve loved traveling by helicopter and horseback to get to places off the beaten path that most people don’t get to see, taking snow and soil samples, and networking with other researchers. It’s been so much fun. It’s been a great job and I’d highly recommend this career to anyone.”