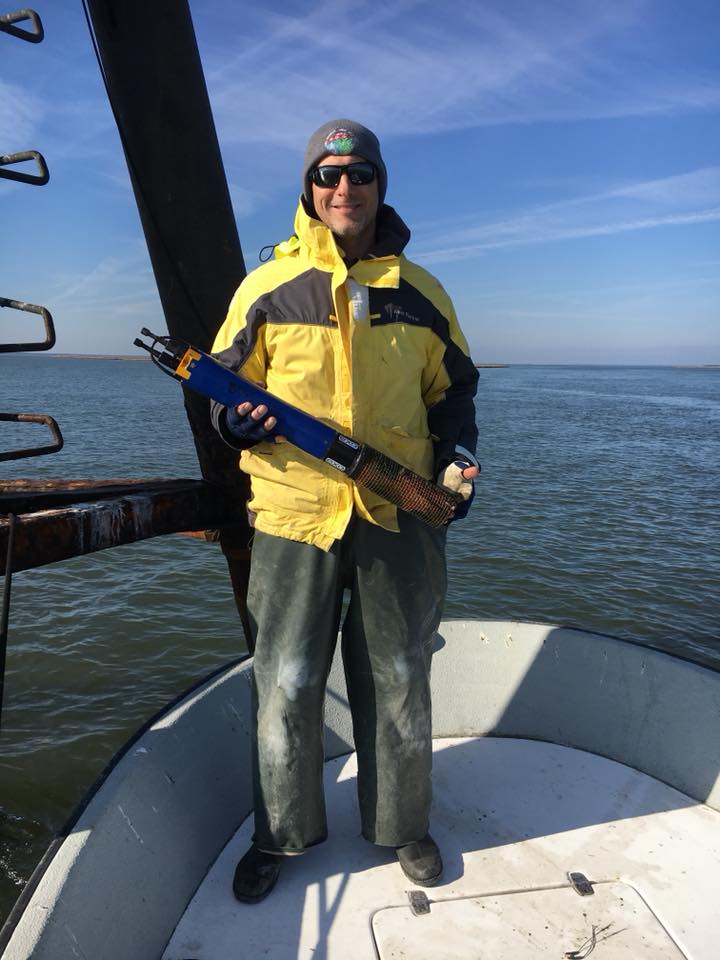 Stretching over 116,000 acres, only approximately one percent of which has been developed, the Jacques Cousteau National Estuarine Research Reserve (JC NERR) offers a large, pristine area on coastal New Jersey unlike any other. It is not only a haven for fish, birds and other wildlife, it is also a haven for researchers. Surrounded by highly populated developments in an area with prime real estate, JC NERR offers a glimpse back to a time when New Jersey was wild and untouched.

“Our program here is very much place-based,” says Gregg Sakowicz, Field Researcher at Rutgers University and System Wide Monitoring Program (SWMP) Coordinator at JC NERR. “We have the support of the local community, regional representation and also a national database. We’re lucky to have the system we have. The NERRS system is really great, and it’s because of the national NERRS support, state support and local support that we are able to gather such high quality environmental monitoring data and make it readily accessible to the public.”

Sakowicz has been the SWMP Coordinator at JC NERR since 2003. While he started as a field technician, and continues to do field work, he also is a NERRS trainer who passes on his experience and expertise in environmental monitoring data gathering and usage to newer NERRS field technicians every year. “There is an annual meeting held in South Carolina, where the Central Data Management Office (CDMO) for the NERRS is located. Technicians go to learn the NERRS SWMP protocols and benefit from each other’s experiences in doing research. It’s a very helpful meeting for everyone doing NERRS research,” Sakowicz says. Not only field technicians attend the meeting. “Representatives of the companies that manufacture the equipment also come and train us how to use it properly,” he mentions. “YSI (recently acquired by Xylem) and Campbell, who make the sondes we use and the weather stations, respectively, teach us proper use and maintenance of their instruments. It’s very beneficial to all of us to get direct instruction and technical support like that.”

In addition to the SWMP protocols followed, Sakowicz and others at JC NERR also develop their own protocols within the ones provided by the NERRS. The intent is to expand upon the already very good SWMP protocols in place. “We use sondes to gather data on dissolved oxygen, temperature, conductivity, pH, and turbidity.  We also conduct a complimentary sampling program that tracks nutrients like nitrogen, phosphorus, and ammonium. We were using YSI 6 series sondes in the early years, but we were able to upgrade following Hurricane Sandy in 2012 and now we’ve graduated to the newer EXO2 sondes. We would also like to add the total algal probe. Some other reserves have had success with it. It’s not required for SWMP, but we’d like to give it a try in the future,” says Sakowicz.

In addition to SWMP, Sakowicz is also involved in the Mid-Atlantic Coastal Acidification Network (MACAN). “The purpose of MACAN is to answer some in-depth questions about the acidification of coastal waters in the region. We want to look at long-term trends as well as find out why acidification events occur, why events occur at the intensities and frequencies we see and why they tend to happen in some locations more typically than others. The Mid-Atlantic coastal region may be especially sensitive to acidification, since high nutrient levels associated with rainfall, runoff, and upwelling can drive plankton growth and eutrophication, which can deplete oxygen and lower pH making corals, clams and crustaceans vulnerable,” he says. 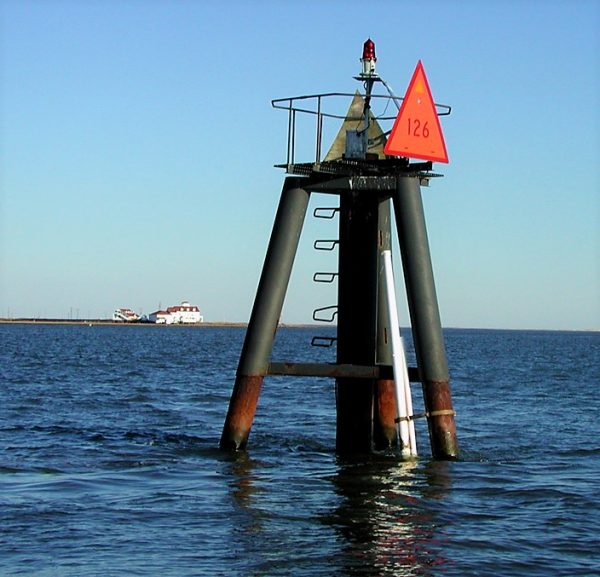 Eutrophication, therefore, is also a problem that Sakowicz wants to get a better understanding of in the JC NERR system. “I think there’s a need to develop new technologies and monitoring programs,” he mentions. “I’m not the only one who sees this need. Likewise, MACAN isn’t the only organization that wants to achieve a better understanding of ocean acidification and eutrophication. NOAA has done a lot of work in that arena, and there are sister coastal acidification monitoring groups to our north and south (the (New England Coastal Acidification Network (NECAN), and Southeast Ocean and Coastal Acidification Network (SOCAN), respectively).”  Sakowicz and his MACAN colleagues are currently working on a white paper that will explore some possible strategies for approaching ocean acidification monitoring in more effective ways.

Not only does a lot of research get done at JC NERR, quite a bit is shared with the surrounding community. A recent “Teach at the Beach” program shared information about coastal habitats and wildlife with K-12 educators. “We give the science to the educators so they can bring our information into their own classrooms,” says Sakowicz. “We also have programs for college students. We typically get students from Stockton University and Rutgers University, since they’re pretty close.”

JC NERR has a robust volunteer program, with volunteers often aiding in reserve operations. Volunteers can range from teenage undergraduates to retired people. The JC NERR has a core group of 40-50 volunteers, with about 4 or 5 occasionally assisting Sakowicz.

Sometimes Sakowicz needs all the help he can get. “We experienced an extreme cold event at the end of December through early January. Three of our four stations were damaged by ice. Our four inch PVC pipes were frozen and shattered. We lost a data logger in the back bay, but we were able to recover the others. We had to use our boat, an ice breaker, to rescue our sondes,” he recalls. “Many people don’t realize this, but the Mid-Atlantic region we have here has some of the most extreme temperature ranges anywhere on the globe.” 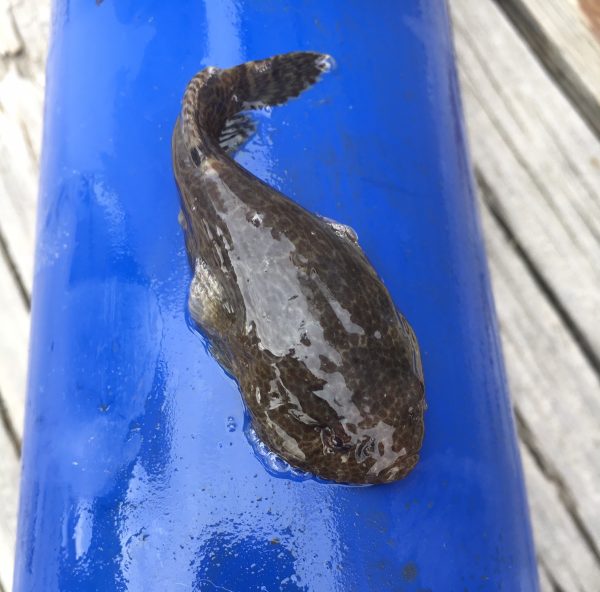 In his time at JC NERR, Sakowicz has seen significant changes. “We’ve seen a general trend of southern species moving north,” he says. “We never used to see skilletfish, but they started showing up in our waters in recent years and they’ve become a common sighting ever since. They have modified pectoral fins that act like a suction cup under their bodies and they’re good at fitting into tight spaces. We often found them stuck to our sondes, wedged between them and the deployment pipes. We’ve also seen Japanese skeleton shrimp, golden star tunicate and orange sheath tunicate. Invaders such as these often displace native species, and the tunicates envelop and shade sea grasses. Our role it to monitoring these changes, however our role is not to curb or eliminate any of these species, but we can inform groups that do intervene with our data.”

In addition to monitoring at JC NERR, Rutgers University has monitoring programs for finfish and plankton.

“Generally, Atlantic croaker numbers are increasing, lobster, winter flounder and cod seem to be decreasing. We think the lobster, winter flounder and cod may be moving north as local waters warm, just like many other species. Also surf clam populations seem to be shifting north. However, this may also be due to fishing pressure. That’s why it’s good to have monitoring arrays like the one I operate. When you combine fisheries’ data and species’ life histories, the environmental data gives another layer of information to tease out what may be driving population and range changes,” Sakowicz explains. “We have SWMP data that goes back 20 years. It can be used as a platform to understand species level studies.”

The decline in sea grass since 2004 is one of the trends Sakowicz has seen that has surprised him the most. “There’s also the brown pelicans and cormorants. We didn’t use to have those in such numbers, but now it’s common to see them hanging around,” he says.

Sakowicz looks forward to monitoring trends at JC NERR for many years to come. “It’s definitely place-based system here,” he says. “We don’t rely wholly on remote monitoring. We go out in the field. We collect data and make observations and then tie them back to the data we’ve collected. We also have many fruitful collaborations at our NERR, such as with Rutgers University, the local Department of Environmental Protection, Stockton University, and NOAA. We have many unofficial and official collaborations that have been helpful.”

In the future, Sakowicz hopes that an underwater observatory once run by Rutgers, LEO 15, will again be reactivated. He would also like to see buoys added to the current data-gathering system. Until then, he hopes the data currently being generated will be used to the maximum. “Our data is publicly available.” he emphasizes. “I hope the research community and public alike will use it. It’s there for anyone to use and I hope people take full advantage of it.” 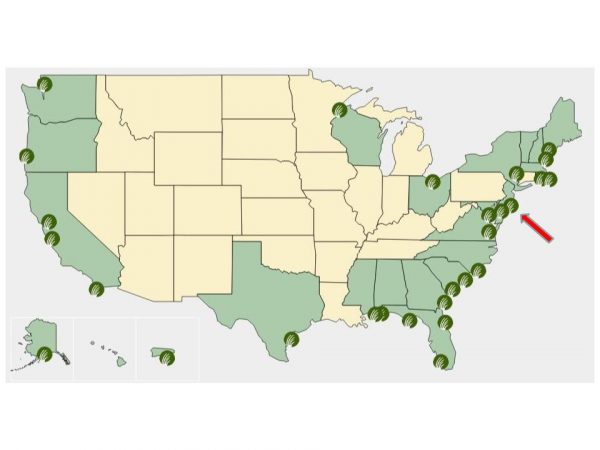