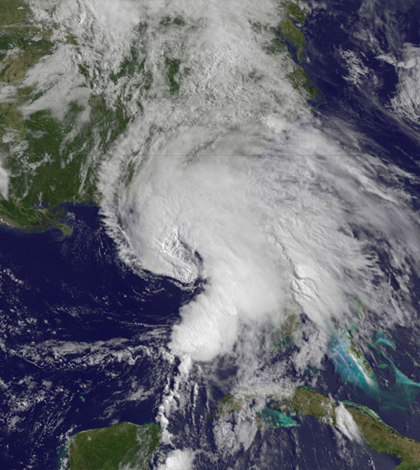 For many Americans, the influence of the weather forecast barely extends beyond the closet and its contents: sweater, jacket or coat. But farmers and residents of flood-prone regions — particularly those in developing countries — make critical decisions based on those same predictions.

A new study from Cornell University examined the global network of satellites used to power rainfall forecasts around the world, and found some major shortcomings in the system. Their findings, published in Environmental Research Letters, show that satellite-based flood prediction is unreliable for many parts of the world, and that four of the 10 satellites examined have surpassed their intended design life.

“It’s not just rainfall [satellites],” said Patrick Reed, a professor of civil and environmental engineering at Cornell and lead author of the study. “A lot of Earth science missions are in danger of not being sustained.”

In many cases, these satellite missions have suffered from coordination failures, Reed said. International space entities such as NASA, the European Space Agency and the Japanese Aerospace Exploration Agency have historically launched satellites to meet their own specific needs on a case-by-case basis. Although some of the data from these missions — such as NASA’s Tropical Rainfall Measuring Mission — are shared with countries in need of rainfall and flood forecasting, unnecessary overlaps and considerable gaps in coverage have limited their efficacy. “It’s a pretty big coordination hurdle right now,” Reed said. “In my opinion, that is really limiting our perspective on the amount and quality of data that we could be having.”

As with any international effort, efficient coordination is more easily discussed than implemented. Reed points out that even where rainfall mission data are available, the nation or region in need may not have the institutional capacity to model the data, or implement it into a useful forecast.

“It’s a complex mixture of what sensors you already have on the ground, how stable flood predictions are for your country,” he said. “If you create a dependence on a rainfall product and it disappears, that’s also a risk.”

With four vital rainfall missions already beyond their design life, the risk for that sort of failure is very real. There is good news, however. Advanced modeling using the Blue Waters supercomputer suggests that, if coordination between agencies were improved, an eight-satellite system could be devised capable of better coverage than the current 10-satellite system. At this point, Reed says, there’s a growing opportunity cost involved with not coordinating the missions.

Improving coordination between agencies will require the public and legislatures to place a higher value on space and satellite research policy, Reed said. In April, he’ll participate in a congressional briefing to discuss his research and the challenges currently faced by rainfall and flood prediction missions. But he says he owes his progress thus far to collaboration with the Aerospace Corporation and support from the U.S. National Science Foundation, which provided the study with use of its supercomputer.

“I think sometimes people underestimate the value of these big computing investments,” he said. “Honestly, if we wouldn’t have had Blue Waters, we couldn’t have posed this question.”