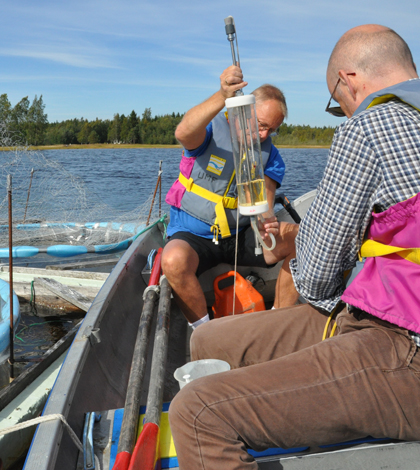 Growing precipitation and diminishing acid rain are sending more organic carbon into the coastal waters of North America and Europe. New research suggests that this could have mixed environmental effects, tempering old problems while bringing in some new ones.

A study published in April in the peer-reviewed journal PLOS ONE shows that dissolved organic carbon–which gives water a dark “tea” color–could inhibit the growth of harmful algal blooms that have become prevalent in water bodies worldwide. But it could also increase the bacterial processes that lead to anoxic dead zones.

Eutrophication occurs when excess nutrients enter waterways and it increases the potential for troublesome algae growth. The study, lead by Agneta Andersson, a professor in the Department of Ecology and Environmental Science at Umea University in Sweden, found an “eutrophication inhibition” effect of high organic carbon concentrations.

Andersson used 19 large tanks filled with Baltic Sea water to simulate nutrient and organic carbon loading to coastal water bodies. She and her team found that increasing organic carbon in water bodies reduced water clarity and the ability of algae to grow and photosynthesize. However, while increasing organic carbon loading is reducing eutrophication, it is creating its own problems. Organic carbon serves as a food source to bacteria, increasing respiration. As a result, “oxygen consumption will increase more than oxygen production, and thus there is a risk that anoxic areas may increase in size,” Andersson said. Anoxic areas cause coastal ‘dead zones’ that often develop in areas such as in the Chesapeake Bay or near the mouth of the Mississippi River in the Gulf of Mexico.

The research has implications beyond just coastal waters of Northern Europe, where the study took place.

“We find it likely that this effect is relevant for many aquatic systems in north temperate zones,” Andersson said. Areas that experience higher precipitation or recovery from acidification will likely experience this phenomenon, and the research findings are relevant for both freshwater and coastal zones.