The Tiniest Cars: Understanding the Effects of Microplastics on Coral 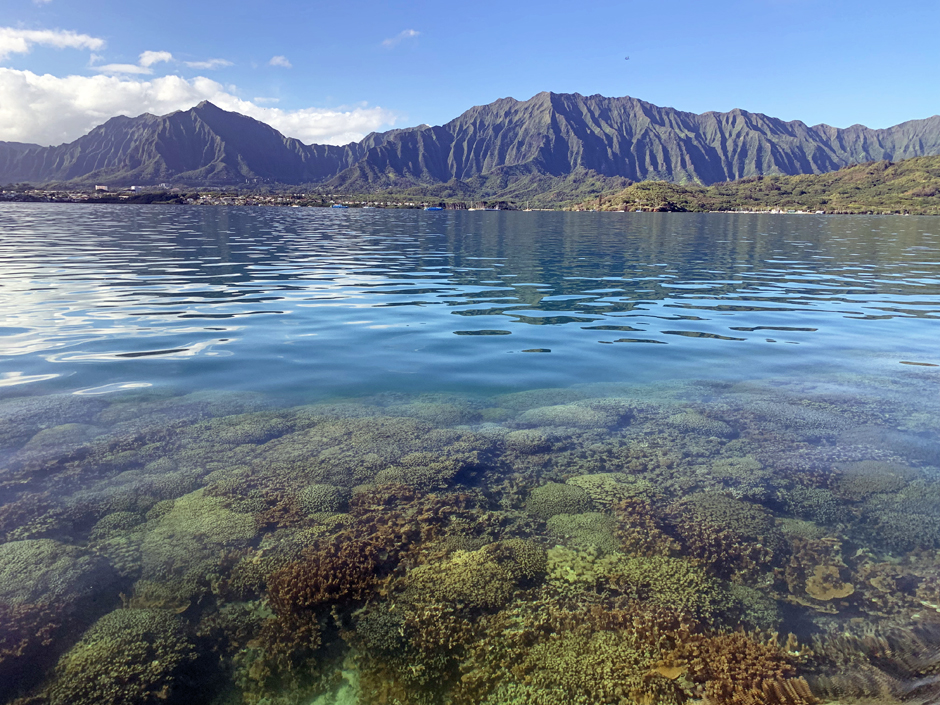 Like the microplastics she studies, Keiko Wilkins arrived at this point in her life through a long, multi-dimensional, and at times unexpected journey. Today she is a second-year graduate student in the doctoral program at the University of Hawaii, a graduate assistant at Kewalo Marine Laboratory, but her journey began in Pickerington, Ohio, a far cry from the sea. “I always had an interest in water, and I swam competitively,” she recalls. “I knew I wanted to study biology, but did I want to do research or education? So I explored biology further. My academic advisor worked on lakes and I focused on zooplankton in lakes, and changes in their populations. Fascinated by the ocean, I wanted to study it, but in Ohio, the ocean is, of course, out of reach. So I turned to study abroad in Puerto Rico, collecting samples of plankton and bacteria. After taking a microbial ecology class in 2017, I got interested in microplastics.”

Microplastics, defined as plastics 5 mm or smaller in size, were all over the environment, she learned. “Even in the deepest parts of the ocean, we’ve found microplastics. We’ve not only found that microplastics get transported everywhere, but they also act as transportation for other organisms. They act like tiny cars that take hitchhiking organisms on rides to faraway places.”

While plastics are so common in our environment, we might be tempted to assume they’re benign and ignore them; Wilkins says we should not be so hasty. “Bacteria can colonize microplastics and get carried all over the world, over our entire environment. This has consequences we are only beginning to study and understand,” she mentions.

After finishing her master’s at Miami University (Oxford, OH) and going to Australia in an exchange program with Southern Cross University, Wilkins sought to explore the question of how exactly she wanted to study microplastics. After working with corals and discovering they could ingest microplastics, her course of advanced study was finally set. 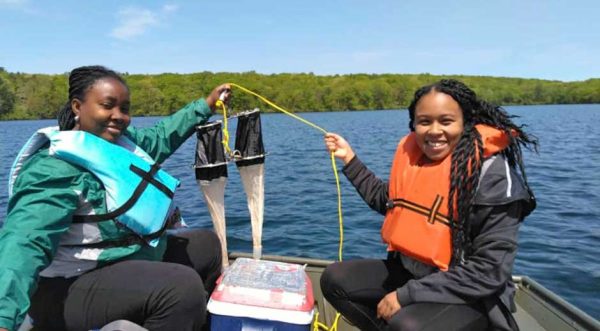 “I decided to study the effect of microplastics on corals, combining two big interests of mine. I also found there was very little research out there on how microplastics affected corals. It was a perfect topic for my doctoral research,” she recalled. 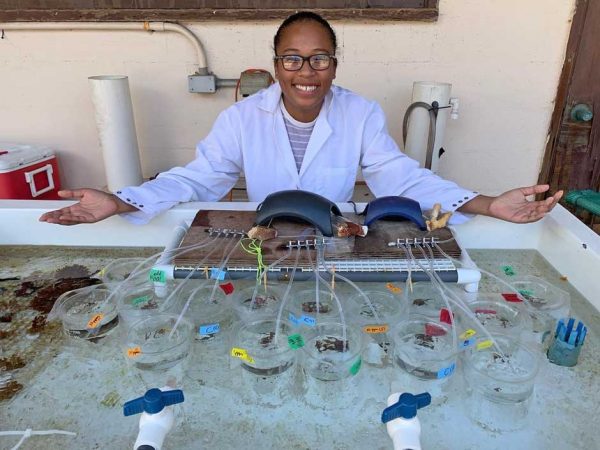 However, the research on microplastics in coral is scant, making it ripe for dissertation study by Wilkins and others. The first stage of her dissertation research will be field and lab coral collection in Oahu and Maui. “We want to look at the coral skeletons and coral polyps (mouths) and see the different ways they ingest microplastics. We also want to get a sense of where microplastics are collecting in the water column. We want to look at what coral characteristics influence microplastic ingestion,” says Wilkins.

“We plan on doing the coral survey first. We also plan on looking at a species of butterfly fish that commonly feeds on corals to see if we can detect any microplastics transferring from the coral to the fish,” Wilkins mentions. 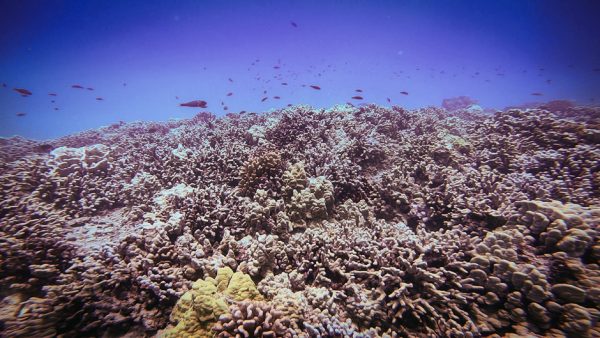 Given the size and scope of microplastics distribution and effects all over the globe, studying microplastics in Hawaiian corals will be an extremely valuable step in beginning to understand what microplastics are doing to wildlife and human life.

“This study is the first of its kind,” Wilkins emphasizes. “It’s a very exciting time to be doing research.”