Trees Found To Trade Carbon With One Another 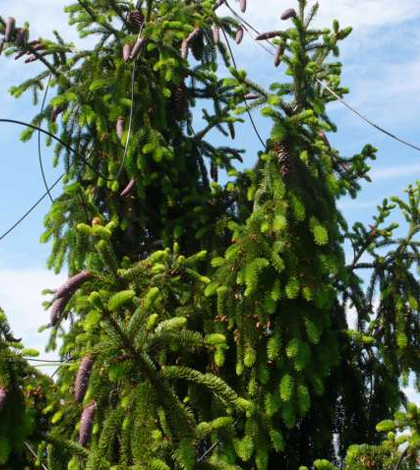 University of Basel researchers made a surprising discovery recently: Trees don’t take up carbon just for themselves, they also trade it with their neighbors through a network of underground symbiotic or mycorrhizal fungi. The carbon is shared not just by individual trees of the same species but also trees of different species.

Researchers learned the importance of the symbiotic fungi via an experiment using a crane and a network of small tubes that flooded the crowns of 120 spruce trees with carbon dioxide that was tagged, giving the carbon less than normal amounts of 13C isotope. The tagged carbon did not harm the trees. Once the trees absorbed the tagged carbon, the carbon was tracked as it traveled through the tree, into the soil with the symbiotic fungi and into other trees. This movement was tracked using an atomic mass spectrometer.