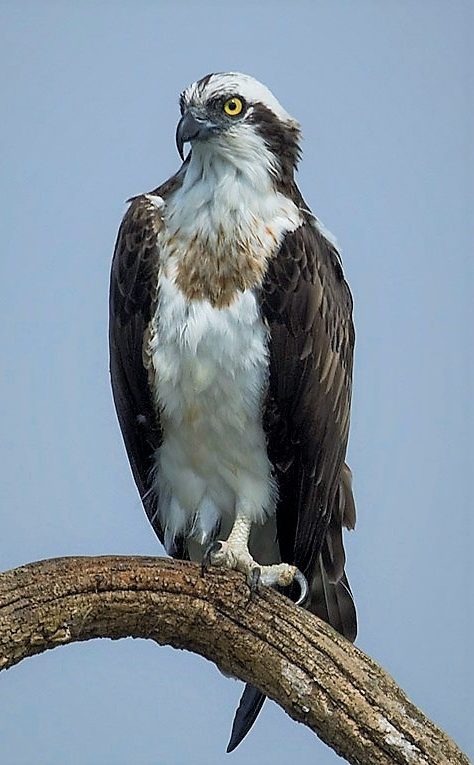 An osprey has a high-pitched kind of call, usually a rapid succession of chirps or calls in a row, depending on why they’re calling. They don’t tweet—but now citizen scientists are Tweeting on their behalf as part of the Bay of Quinte Remedial Action Plan.

Nestled just west of the Saint Lawrence River’s head along the northern shore of Lake Ontario, the Bay of Quinte is about 350 kilometers west of Montreal and about 200 kilometers east of Toronto. It has long been a hub for tourism and has historically been one of the best sport fishing locations in North America. In recent times, though, the Bay has been under threat.

Tweeting for the osprey

In 1985, a Great Lakes watchdog designated the Bay of Quinte an Area of Concern. “Areas of Concern” are regions in the Great Lakes system where environmental quality has been severely damaged by human activity. There are 10 in Canada, 26 in the US, and five shared Areas of Concern right now, and in each of them a mix of community, industry, and government partners work to solve the problem by developing and implementing a Remedial Action Plan (RAP) as part of a coordinated effort.

Sarah Midlane-Jones, of the Bay of Quinte Remedial Action Plan, corresponded with EM about the project.

According to Midlane-Jones, the Bay’s environmental troubles were caused by bacterial contamination, excess nutrients causing algal blooms, the loss or destruction of wildlife and fish habitat, and persistent toxic contamination by compounds such as DDT. The environmental concerns and various resources are placed into categories called Beneficial Use Impairments (BUIs), so they can be monitored and assessed and ultimately the AOC can be delisted.

The Bay had 11 of the 14 beneficial use impairments (BUIs) that experts identified, and two of them related to wildlife. In order to reclassify the Bay as restored, the team needs to prove that the “Shoreline habitat is suitable for supporting raptors.” To do this, they must look to the target’s established criterion: “The presence of nesting osprey including the successful fledging of chicks on, or near, the Bay of Quinte shoreline each year.”

The project addresses this criterion by monitoring osprey over the long-term, with the goal of protecting the health and abundance of the species. This is where citizen scientist volunteers come in. Midlane-Jones and others working on the Bay of Quinte RAP recruit people who have smartphones so they can assist them in finding and monitoring osprey nests in the area. How to add the precise location of your osprey nest in Twitter. (Credit: Bay of Quinte RAP)

“The simplicity of the project makes it ideal for citizen scientists,” remarks Midlane-Jones. “Using a smart phone and the Twitter app, with a few simple steps the citizen scientist can record: spring arrival date, the nest location, number of fledglings and fall departure date. As well, post pictures and comments.”

The project makes use of Twitter’s technology to geolocate the information citizen scientists provide, and uploads it onto the project website. There it becomes part of the body of data on a map; icons identify each osprey site, and they reveal comments and photos when users click on them.

The future of osprey and the Bay of Quinte

All of the data collected so far is giving the team great news: the osprey is returning to the Bay and the number of nesting pairs and offspring reflects a positive change in the health of the ecosystem.

“Ospreys are considered a sentinel species, eating almost exclusively fish, serving as indicators of water quality health,” details Midlane-Jones. “Having the Osprey return to the Bay of Quinte tells us the water quality is good and there is an abundant fish population. By collecting data on how the Ospreys are doing, we can ensure the Bay never requires a Remedial Action Plan again.”

Meanwhile, the team continues to sample and test the water in the area in tandem with the citizen scientist observations.

The data will help the team establish long-term trends about the osprey population, and ensure the birds remain a healthy and abundant part of the ecosystem. Of course citizen scientists will continue to play their role in the RAP, and Midlane-Jones hopes the project will keep drawing new recruits.

“The project is really self-directed; there are fact sheets on our website about how to use Twitter to monitor for the Osprey and if people have any question they can always contact us,” Midlane-Jones comments. “Since participants can view other peoples comments and photos it certainly develops a sense of community around a common interest.”

If you’re near the Bay of Quinte and can participate, or are just interested in the project, visit www.bqrap.ca for additional information about the environmental challenges identified for the area and details about getting started.