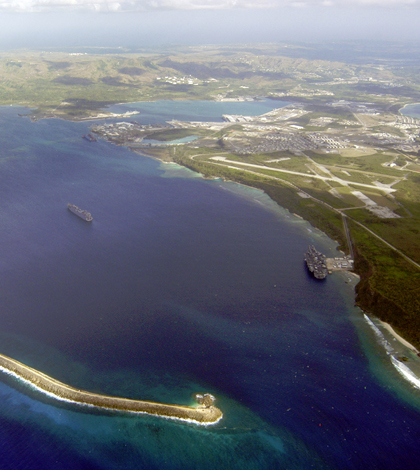 Tropical Pacific island nations already struggling to adapt to rising sea levels may also have to contend with greater fluctuations in seasonal sea levels in the future. The fluctuation risk appears linked to a change in El Niño that is forecasted to affect wind patterns in the Pacific Ocean.

Researchers at the University of Hawaii are making the prediction after analyzing climate models and tide gauge data with help from others at Australia’s Commonwealth Scientific and Industrial Research Organization (CSIRO).

Scientists at both institutions say that El Niño causes warm waters and higher sea levels to shift eastward around the Pacific Ocean. These understandably pull waters away from western shores. Around six months after, researchers have charted a similar phenomenon occurring across the north and south portions, with waters shifting north and leaving them nearly a foot lower in the Southern Hemisphere.

But the big question is how these sea-level shifts will be affected in a future of climate change.

To get at the answer, researchers used climate models to account for predicted increases in greenhouse gas emissions. These were run alongside simulations incorporating observed climate and tide-gauge data so that results of one could help verify the other.

Results weren’t good, as the calculations showed that climate change will likely worsen sea level fluctuation extremes linked to El Niño. What’s more, wind impacts are likely to become more intense, scientists found, as both those from El Niño and La Niña were found to double the frequency of sea level swings, especially in the southwestern Pacific Ocean. In explaining some of these shifts, researchers relied on previous work to point out that, near the end of a strong El Niño, tide gauge measurements around the island of Guam quickly return to normal following shifts in the east-west sea level fluctuation. But those near Samoa continue to drop because of a lag in the north-south fluctuation.

“During these strong events, the summer rainband over Samoa, called the South Pacific Convergence Zone, shifts toward the equator and alters the trade winds and ocean currents, which in turn changes the sea level,” said Matthew Widlansky, postdoctoral fellow at U. Hawaii’s International Pacific Research Center, in a statement. He is lead author of the open-access study published in the scientific journal Science Advances.

From that knowledge base, the climate and tide-gauge simulations helped scientists overcome the research’s next hurdle.

“The next logical step in our work was to understand how future changes in winds, projected by most climate models, will impact the interannual swings in sea level,” said Axel Timmermann, a professor of oceanography at U. Hawaii, in the release. “We noted a trend in greater variability and were surprised at first to find not only more frequent and prolonged drops in sea level, but also more frequent high sea level events. This will further increase the risk of coastal inundations.”

The findings weren’t very surprising, as they lined up well with those from other studies predicting that the atmospheric effects of both El Niño and La Niña will likely become stronger in a future of climate change. But authors hope the study’s results will help make predictions of rising sea levels, as well as their fluctuations, more accurate in times to come.

“The possibility of more frequent flooding in some areas and sea level drops in others would have severe consequences for the vulnerable coastlines of Pacific islands,” said Widlansky in the statement.