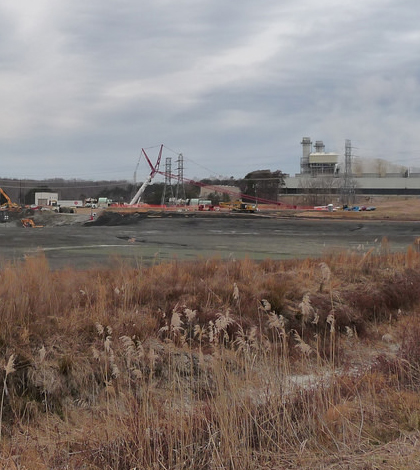 Despite recent strides in the green energy sector, the United States still got about a third of its total electricity from coal burning in 2015. And all the ash from those operations has to go somewhere, typically into coal ash ponds near power plants. Believe it or not, some of the ponds are unlined, without a barrier between the ash and sediments below — what effects does that have on groundwater?

In a recent study, investigators at Duke University tackled the issue in five Southeastern U.S. states. Their efforts looked at ponds near 21 power plants and revealed that toxic substances consistently leak from the unlined ponds into nearby surface waters and groundwater. What’s more, the impacts seem to stick around long after coal ash ponds are no longer used.

During the summer and fall of 2015, scientists at the university sampled 39 surface water and seep samples from coal ash ponds at seven sites. They also analyzed water chemistry data from 156 shallow groundwater monitoring wells near coal ash ponds at 14 North Carolina power plants that had been compiled by the state’s Department of Environmental Quality.

High levels of toxic heavy metals including arsenic and selenium were found in surface waters or groundwater at all of the sites tested. Concentrations of trace elements in 29 percent of the surface water samples exceeded standards set by the U.S. Environmental Protection Agency for drinking water and aquatic life.

The groundwater monitoring wells used in the effort are about 30- to 50-feet deep, which is much more shallow than drinking water wells that can max out at 300-feet deep. Still, Duke U. scientists are concerned that the shallow contaminants could eventually flow deeper and impact the quality of the deeper wells. A study of power plants in five states has found that metals and other toxic materials are able to leach out of the unlined pits in which coal ash is currently stored. These materials have been found in surface waters and shallow groundwater, and may be able to work their way to the deeper groundwater resources used for drinking water wells. (Credit: Duke University)

Indeed, at all of the unlined coal ash pond sites, there was evidence of leaking. Even the ones that have been retired were connected to surface waters, and groundwater in just one case, that were still being contaminated by leaching substances.

But the degree to which the leaking varied depended on a number of factors, scientists found. The nature of the coal ash, processes in the pond and the flow-through of the local soil all had effects on the concentrations of toxins.

The highest concentrations of dissolved metals and metalloids like manganese, vanadium, selenium, arsenic and molybdenum were found in shallow wells near a retired ash-disposal site in Tennessee. The contaminated groundwater there had concentrations exceeding drinking water and aquatic life standards for cadmium, iron, nickel, lead, selenium and zinc.

With these findings, researchers say that treatment options aren’t that bright. Physically removing the coal ash ponds would still leave contamination behind and would only solve one half of the problem. The other, actually remediating the groundwater below, would require a separate approach with its own timeline and issues.

While it is legal for some coal ash ponds to release liquid effluents to nearby surface waters through regulated outfalls, the new data show that these ponds are also leaking in unpermitted ways. Next steps for the Duke U. scientists is to investigate the drinking water wells, which they did not study in the recent effort.

Full results of the investigation are published in the journal Environmental Science & Technology. The work was funded by the Southern Environmental Law Center.