Unprecedented Changes are a New Challenge for Lake Tanganyika 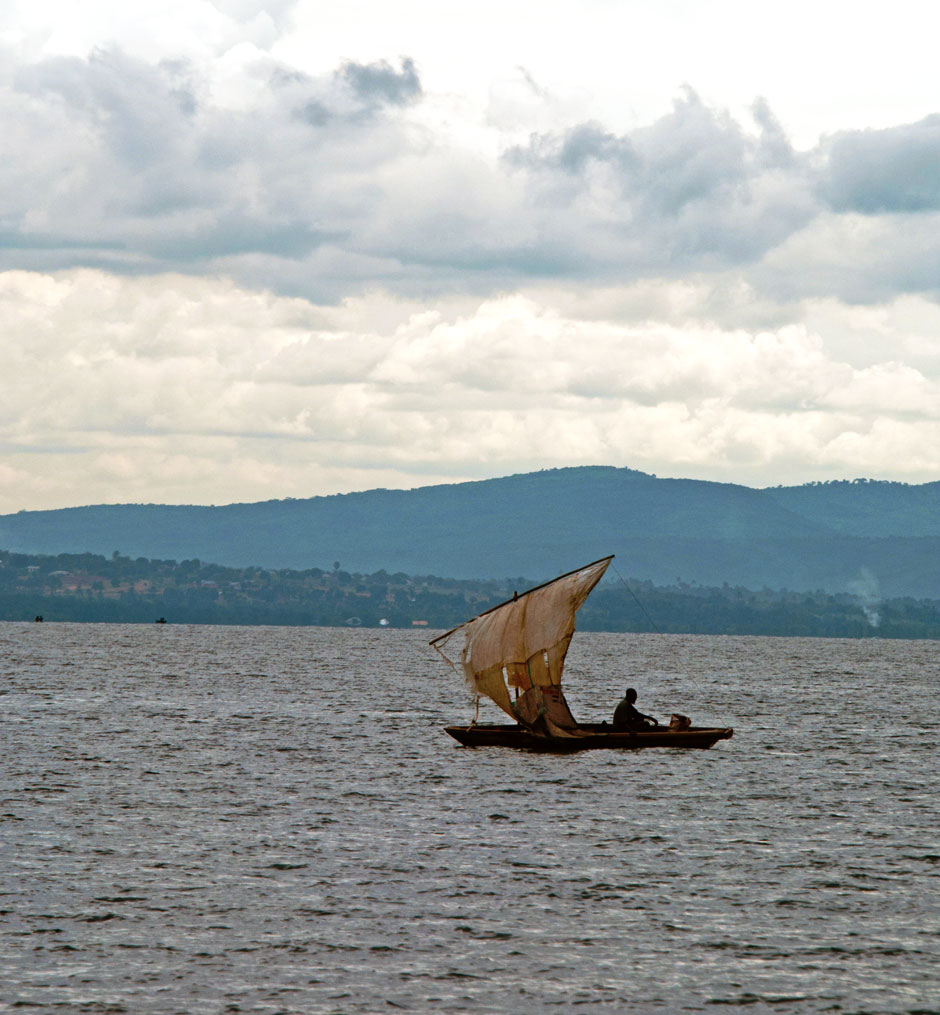 *This is part two of a series on changing ancient lakes. See part one, Lake Baikal, here .

Ancient lakes are facing a suite of rapid, unprecedented anthropogenic changes. While ancient lakes are spread around the world and vary widely from lake to lake, their incredible age, which can reach into the tens of millions of years, makes them unique resources to science.

They host incredible biodiversity and long sediment records. They are vital sources of food and water for millions of people. In a changing world, ancient lakes’ value as scientific and natural resources and the incredibly diverse life they contain is under threat.

Like a few other ancient lakes around the world, Lake Tanganyika contains surprising instances of speciation.

Cichlids exist around the world, but, like Lake Baikal’s amphipods, in Lake Tanganyika (and a few nearby lakes), they have diversified in remarkable ways.

There are cichlids that raise their offspring in their mouths, cichlids that eat only the scales of other fish, cichlids up to three feet long and cichlids that can fit inside a snail’s shell, said Catherine O’Reilly, a professor in the department of geography and geology at Illinois State University, who studies Lake Tanganyika.

Shoreline disruptions and climate change are putting pressure on them as well.

And, the lake’s overall fish populations could be on the decline as the lake warms with the climate.

Lake Tanganyika relies on a windy season to destratify, not seasonal shifts in lake temperature like non-tropical lakes. As the lake’s surface water gets warmer, it resists mixing with the deeper, cooler water. 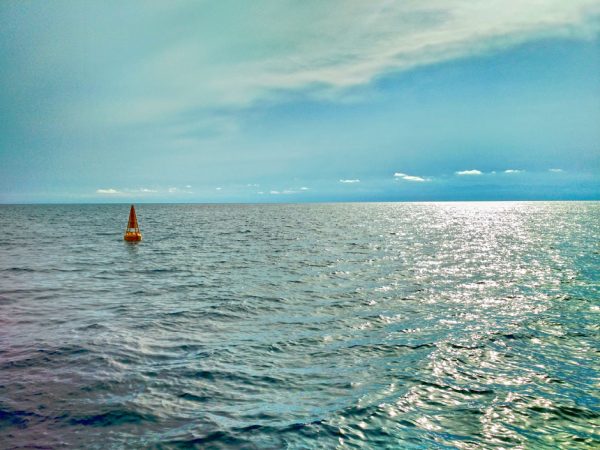 “It gets more and more like oil on water,” O’Reilly said.

Lake mixing cycles nutrient-rich water from the lake’s depths up to the surface, fueling the growth of plants and algae that feed fish.

In recent years, the number and size of fish have both decreased in Lake Tanganyika, said O’Reilly, who is wrapping up a study looking at the cause of this trend. Climate factors and overfishing could both contribute. Either way, the changing lake could have major implications for the people who rely on it for food.

Historically, the lake has provided fish, a really important source of protein, to surrounding communities. Up to 40% of animal protein consumed in the surrounding area might come from the lake, O’Reilly said.

But on land, fish is getting more expensive while fishing is becoming a less financially rewarding business, she said.

Looking ahead in a rapidly changing environment

“One of the things we do know, especially from these ancient lakes, is that the lake is going to be fine, no matter what happens,” O’Reilly said. “They have experienced so many swings in Earth’s conditions.”

But that doesn’t mean they won’t lose endemic species or emerge unchanged.

“Whatever we’re losing right now, we’re never getting back,” O’Reilly said. “They’re not going to evolve in the exact same way.” Click To Tweet

The risk of losing biodiversity and fish for food requires additional attention.

O’Reilly noted a new initiative to do increased monitoring on the African Great Lakes.

“The reason we talk about Lake Tanganyika is that we don’t have very good data for many of these other lakes,” she said. “There’s a lot of interest in figuring out how to take better advantage of those technologies to better figure out what’s really changing.” Only with baseline data can the scope of changes to lakes be fully understood. 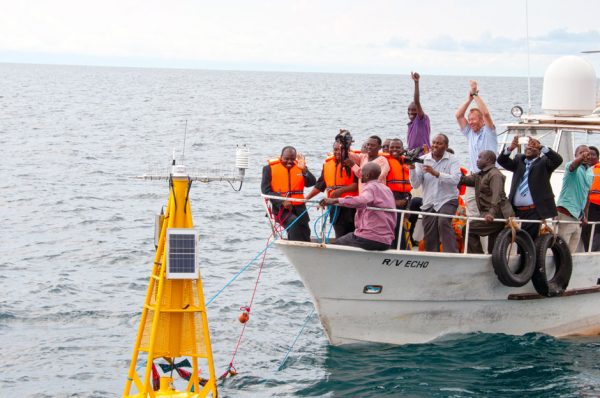 Researchers applaud as they launch a buoy that will monitor air and water in Lake Tanganyika. (Credit: Bill Perry)

Stephanie Hampton, a professor in the Center for Environmental Research, Education and Outreach at Washington State University who has studied Lake Baikal, the world’s oldest lake, echoed the need for monitoring, especially along the lake shore, where pollutants and excess nutrients enter the lake, sometimes causing eutrophication.

“You really want to monitor near the shoreline because that’s where the changes will typically first occur. So, if you see eutrophication nearshore, before it is seen offshore, at that early stage you have a better chance to address it, potentially reverse it,” she said. By the time it is detectable offshore, the problem is usually much worse.

But, speaking generally about ancient lakes is difficult because all old lakes aren’t the same.

“It’s going to be different for each situation and different communities are going to make different decisions,” Hampton said.

Whatever unique cocktail of industrial pollution, warming waters, increased nutrient load, changing lake levels or threats to biodiversity ancient lakes face, they will each respond in their own unique way. And, the wildlife and people that call these lakes home will have to adapt as well.