“Untuning” Water and What it Could Mean for Water Treatment 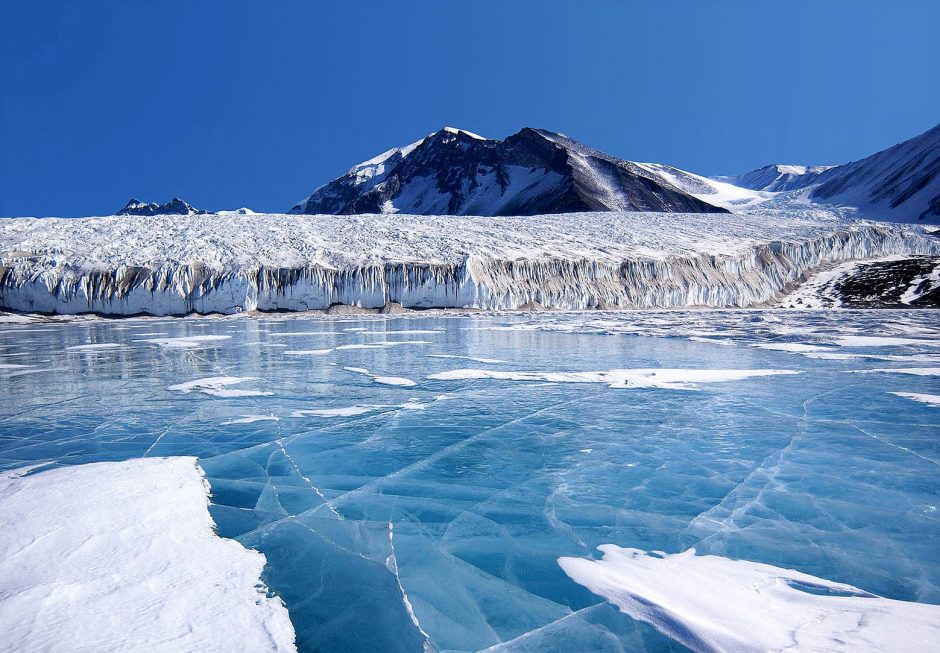 This is no surprise to anyone who reads Environmental Monitor, but: it’s really very difficult to treat water. There are many reasons this is true—an almost endless stream of compounds from industrial chemicals to pharmaceuticals that can contaminate water, for example, which can be difficult to detect, let alone remove, one by one. However, even the basic properties of water make it tough to treat.

Groundwater is difficult to reach for humans, but relatively easily accessed by contaminants. Surface waters are easier for us to access and treat, but they are constantly in motion. Just like the water that runs out of the tap every day, the water in a stream is different from moment to moment, and may need different treatment to be safe for drinking.

But it doesn’t stop there. Compared to other liquids, water behaves in very strange ways. For example, liquid water expands at low temperatures, which causes lakes to freeze from the top down. Water also has unusually high surface tension, and becomes less viscous when compressed. The many qualities of water, in fact, have made scientists see it as “fine-tuned” for supporting life.

“The work was inspired by the observation that different water theories seem to predict the anomalous behavior of water, and the only way to distinguish between them and say which one is the correct one, is to go to extreme conditions—such as very low temperatures and/or negative pressure—where the different theories make radically different predictions (like liquid-liquid critical points, re-entrant spinodals, etc),” explains Dr. Russo. “This is what is currently being pursued in many laboratories, where really sophisticated experiments are being designed to access water at extreme conditions. This is very difficult and challenging, and the reward comes from the fact that the behavior of water under such conditions is relevant in many atmospheric and biological processes such as nucleation in clouds and cryopreservation. It is as if water is trying to hide its secrets to the limits of what we can observe.”

The basic idea is to seize upon one of water’s anomalous properties in order to transform that property, eventually changing the way water behaves until it resembles other liquids. For example, researchers might reduce water’s surface tension, or increase the density of ice until it sinks in liquid water. “Since studying ‘water at extreme conditions’ is so challenging, we decided instead to reverse the problem and focus on ‘extreme water under ordinary conditions,’” Dr. Russo details. “Over the years, scientists have developed dozens of water models, each one with the aim of describing as accurately as possible a particular property of water. We decided instead to do the opposite; we decided to take a popular model of water, and slowly untune it until all the anomalous behavior disappeared. Being able to see how water changes during this process tells us a lot about where its true properties really come from.”

The anomalies in water’s behaviors are rooted in the ways its molecules are arranged. Part of what makes these anomalies so obvious is that other substances contrast with water. What’s actually contrasting, however, is that these other substances have more disordered arrangements than water does.

“The idea is that the anomalous properties are encoded in the way the hydrogen bond network is organized, and how it responds to different conditions, like a change in temperature or pressure,” Dr. Russo describes. “In water there seems to be two different types of local arrangements of the network. The first one is a disordered arrangement, in which there is locally still a lot of tetrahedral order, but the tetrahedra are connected in a disordered way. This type of arrangement is prevalent at high temperatures or pressures. The second is made of tetrahedra which are organized in a more ordered way; technically the type of order they acquire is local translational order. This population is prevalent at low temperatures and/or pressures.”

Dr. Russo and his collaborators have found that water’s strange behavior is rooted in this competition between these two types of organizational environments.

“This behavior can also be found in selected materials like silicon, but one of the results of our study is to show that water appears to be the substance that maximizes the amount of anomalous behavior,” adds Dr. Russo. “So water is indeed special, and if we change its tetrahedrality we disrupt its anomalous behavior.”

Could a more robust understanding of the way that water is structured and “tuned”—or “untuned”—eventually lead to more ability to create things like nanomaterials that remove pollutants from water? Maybe.

“The presence of solutes in water can either enhance or disrupt the local order in the hydrogen bond network, and our model is well suited to describe this phenomenology, for example to predict transport properties of water in nanomaterials,” remarks Dr. Russo. “We are currently working on this.” 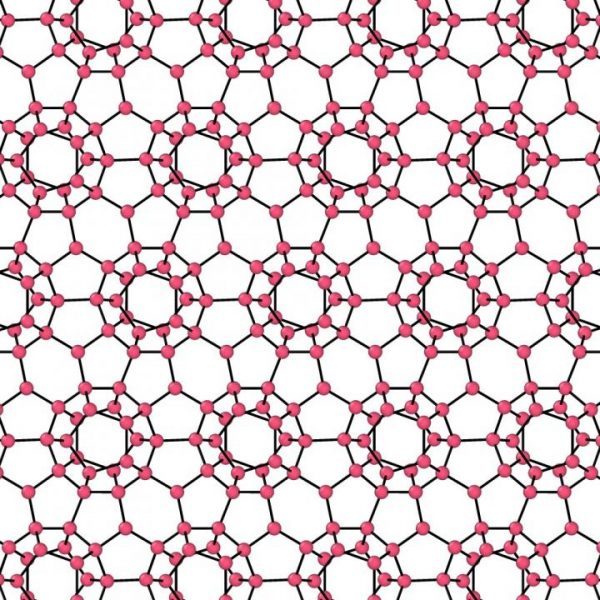 A clathrate ice, with oxygens represented as spheres, and hydrogen-bonds as lines. (Credit: University of Bristol)

Many kinds of applications could arise from this fascinating research into tuning and untuning water—the most obvious of which are theoretical tools that could have wide applicability in natural and industrial processes related to water.

What’s next for Dr. Russo and his team in this line of work? They are actively looking to extend these tuning and untuning principles to more anomalous behaviors of water. They are focusing on crystallization phenomena, on solvation effects, and glass-forming ability.

“The work includes some surprises; we demonstrated for the first time in an atomistic model of water the appearance of two different transitions,” Dr. Russo details. “The first one is structural, where we show the appearance of a re-entrant spinodal at negative pressures, where liquid water evaporates not only on heating, but also on cooling. The second one is dynamic, where a transition from fragile to strong relaxation is observed as we change the topology of the network from ordered to disordered. So the dynamic fragility of water—which is responsible, for example, for the fact that the viscosity of water decreases under compression—seems to be another emergent phenomena linked to its network topology.”

Dr. Russo and his team hope to see more of an interdisciplinary approach to solving the mysteries of water’s strange behaviors.

“My collaborators and I come from the field of Soft Matter (mesoscale soft materials) rather than molecular fluids, and the models we use are heavily inspired from it—especially the use of coarse-grained models,” adds Dr. Russo. “We believe that the study of water really needs an interdisciplinary approach, where the contribution of different fields—from quantum chemistry, to chemical engineering, to soft condensed matter, to name a few—all play a role in understanding its properties.”