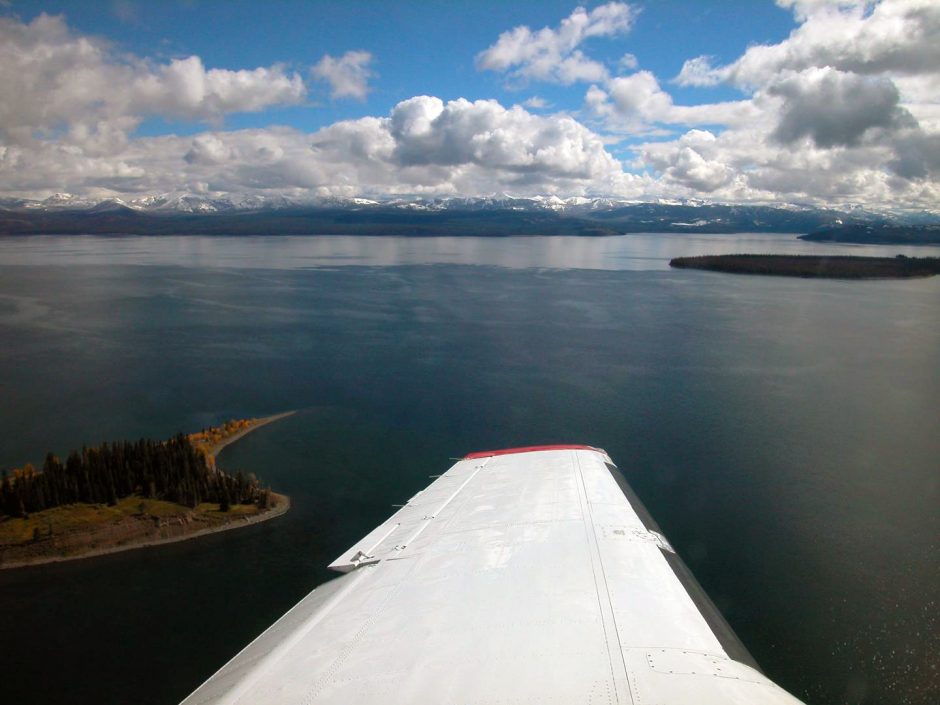 The National Park Service (NPS) has been fighting an invasion for more than 20 years: the invasion of Yellowstone Lake by lake trout. This invasive species has been hurting the lake’s ecosystem, threatening the survival of native species such as Yellowstone cutthroat trout and the overall health of the lake. As lake trout outcompete the easier-to-catch cutthroat trout, bird populations surrounding the lake diminish, and even grizzly bears in the area resort to other food supplies.

The lake trout is a wily predator, sometimes consuming young cutthroat trout. However, it’s also a cunning prey animal; it’s difficult for other predators to catch lake trout, in large part because they spend most of their lives in deep, murky waters. Drought and climate change are also making it tougher for more delicate species like cutthroat trout to survive, further intensifying the need to detect lake trout.

Since the time the lake trout was spotted in Yellowstone Lake in 1994, the NPS has been working to suppress the species in the ecosystem. For the most part, their team was using gillnetting to suppress the lake trout—a method that hinges on knowing where to use the nets. Unfortunately, despite stepping up gillnetting efforts, more and more lake trout were being found and counted each year, due to a growing population in the lake.

Now, the NPS is using a new tool in this effort: an aircraft-mounted Light Detection and Ranging (LiDAR) instrument. Dr. Joseph A. Shaw of Montana State University (MSU) explained the application of this technology to the lake trout problem and the research and test flights of the device to EM.

Dr. Shaw is not a newcomer to the Yellowstone Lake area. In fact, he has an intimate family connection to the area: “My family piloted the first steamship on Yellowstone Lake in the 1890s, so it’s fitting that I am now involved in measurements of the lake,” he remarks. 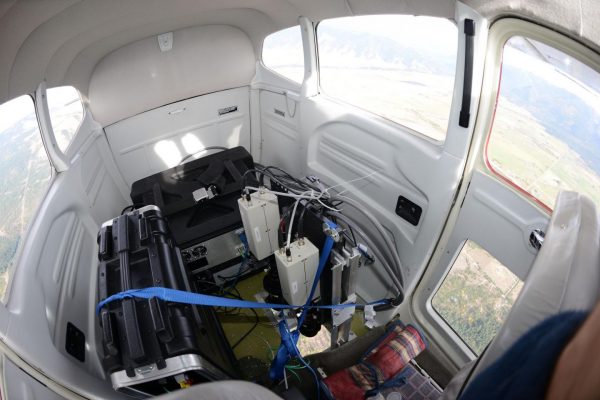 The LiDAR instrument aims a laser beam downward through a hole in the bottom of the plane. The beam was angled backward so that the light’s reflection on the water is deflected away and does not saturate the receiver. (Credit: Joseph A. Shaw, Montana State University, https://www.eurekalert.org/multimedia/pub/170485.php?from=394045)

The new research, headed by Dr. Shaw, reveals that the aircraft-mounted LiDAR instrument offers the NPS a faster way to detect and capture lake trout during their brief few weeks in shallow water each year during spawning season.

“The lake trout live at great depth in relatively murky water, so they are difficult to detect,” states Dr. Shaw. “We only use airborne LiDAR during the fall spawning season.”

“During the 1990s I worked with Jim Churnside at NOAA while he led the pioneering efforts to develop airborne LiDAR methods for addressing needs in oceanic fisheries monitoring,” explains Dr. Shaw. “I mentioned this in a seminar shortly after moving to Montana State University in 2001, and someone in the audience told me about the lake trout problem and suggested I look into trying to use our LiDAR method to help find lake trout.”

Now, the research indicates that using the LiDAR technique could allow lake trout management to proceed much more efficiently, in part because of the need to cover so much area. “Yellowstone Lake is a very large lake, with well over 100 miles of shoreline,” comments Dr. Shaw.

The team conducted a series of test flights over areas that were previously unknown as spawning territories. They successfully located groups of lake trout and confirmed new spawning areas using the LiDAR instrument. In fact, the method allowed the team to detect groups of two or more lake trout up to 15 meters below the lake’s surface.

The right tools for monitoring larger and more remote lakes

Researchers have used LiDAR to track fish in marine ecosystems in the past. This current application represents the first use of LiDAR to study fish in a lake—a new challenge. Any lake water is cloudier, and this lake, in particular, is also very large.

This LiDAR application is also lower cost than many other systems. The team developed the instrument for a total price tag of less than $100,000, making it a more accessible possibility for other lake management teams. It is also optimized for use with a single-engine airplane, with daily operating costs of $500.

“This is relatively low cost compared to fancy military LiDARs that have been developed for finding underwater mines, et cetera,” Dr. Shaw describes. “The most difficult thing really was and continues to be finding ways to interpret the data.” 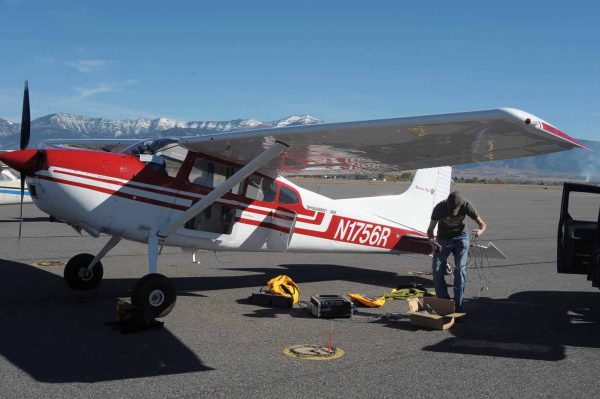 In other words, finding the lake trout and their spawning grounds is still just the first step in suppressing their population—although of course, it is essential. Using this system, there’s no need to locate groups of lake trout, and tag and follow them, saving countless hours of labor.

The lower price point and compact size mean that this LiDAR system will almost certainly be useful to researchers conducting other types of ecological studies, such as mapping plumes and plankton layers from underwater vents, and studying and mapping remote lakes that would otherwise be difficult or impossible to access from the ground.

“Spectral imaging will be used to detect plankton blooms and to monitor water temperature with thermal channels,” adds Dr. Shaw. “In the deeper river waters, the LiDAR can be used to determine the depth distribution of plankton layers, et cetera.”

Bolted to the tiny airplane, the LiDAR instrument allows the research team to locate large groups of lake trout quickly, and without tagging. The LiDAR instrument enables the team to cover 80 kilometers per hour, detecting fish within five meters of water around it.

First, the device transmits a short pulse of laser light into the water from the airplane. The LiDAR receiver then measures backscattered light, so researchers can identify where fish are in the water.

“One of the interesting things about our LiDAR system is that it is designed specifically for measuring signals scattered within the water—not for measuring the much larger hard-target signal that arises from the bottom in topographic mapping,” Dr. Shaw explains. “This means that we can determine the vertical distribution of water optical parameters such as the extinction coefficient by observing how the signal decays with depth in the water.”

After using the NOAA fish LiDAR, the team sought to improve and modify the design for the lake application. A green-beam laser, which more effectively penetrates water, compared to other types of LiDAR lasers used for ground applications, optimizes the lake-specific LiDAR tool.

“We worked closely with Jim Churnside at NOAA and learned a lot from his long experience,” details Dr. Shaw. “For example, he indicated that his early LiDAR system had a larger telescope aperture than was really necessary, so we designed ours with much smaller apertures (50 mm and 75 mm for the co-polarized and cross-polarized channels, respectively). Our primary modification was to use a diode-pumped laser to reduce the amount of electrical power required to run the LiDAR. This made it more practical to operate in a small single-engine airplane.”

Moving forward, the team will work on more improvements for the lake-specific LiDAR system. One such modification might be the addition of push-broom scanning, which covers a larger area in less time by scanning the laser beam in a line. The team also plans to develop automated fish-detection algorithms, to adapt the tool for use in other freshwater ecosystems, and to develop additional tools for LiDAR-generated data analysis to ensure users get actionable information from the method.