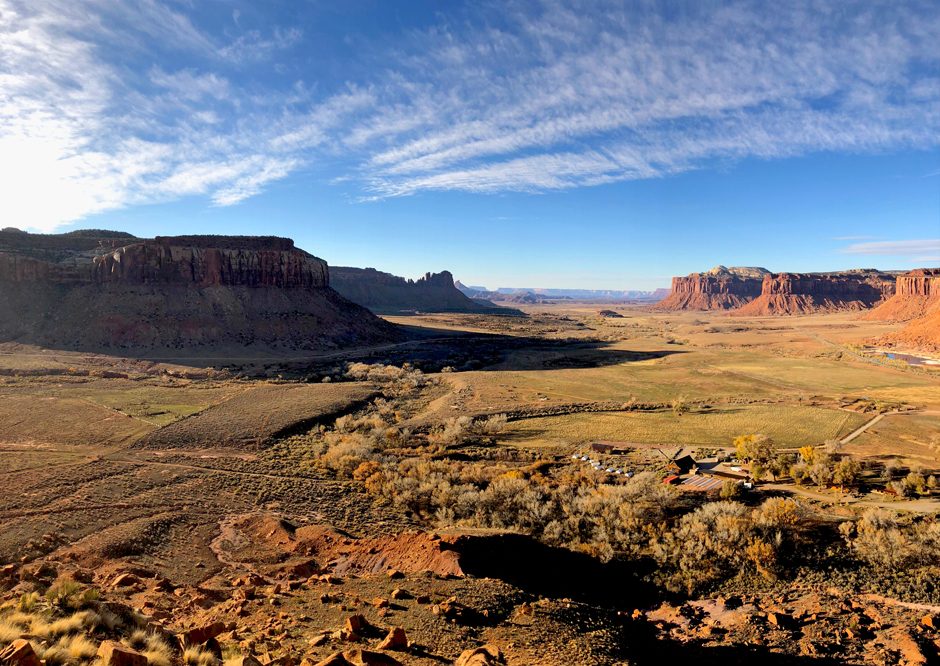 Canyonlands Research Center (CRC) is situated at The Nature Conservancy’s Dugout Ranch, over 5,200 private acres of research study area. One of CRC’s primary roles is to facilitate research and monitoring work of university and federal researchers. CRC is located adjacent to Canyonlands National Park, which extends over more than 337,000 acres of public land. CRC also partners with many organizations, including the Bureau of Land Management, USFS, NPS, USGS, Utah State University, and the Utah Division of Wildlife Resources to identify the most pressing research needs in this region.

“One of the key types of research done at CRC is drought monitoring,” says Nichole Barger, Research Director of CRC and Associate Professor at the University of Colorado at Boulder. USGS researchers are looking at the effects of extreme drought in the area. Drought is simulated to investigate how it impacts these ecosystems with a particular interest in grassland communities. Rainout shelters are used to deliberately block up to 66 percent of the precipitation to study the effects of drought.

Extreme drought is far more than an academic interest in the CRC region. “In 2018, we saw the most extreme drought we’ve seen in the last century,” says Barger. 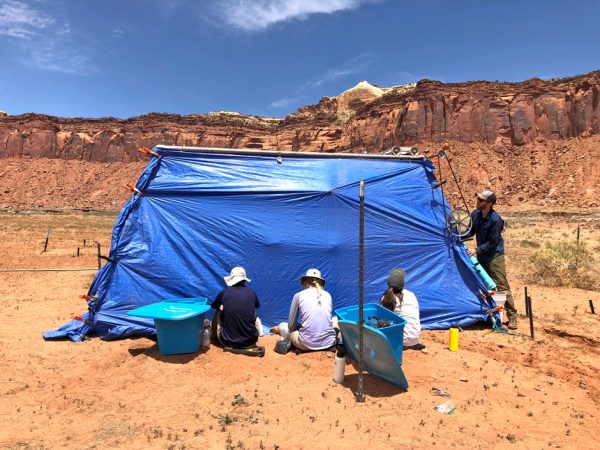 In the CRC region, two precipitation periods of interest are the warm or summer season, which lasts from June to August, and the cold or winter season, which occurs from November to March.

El Niño and La Niña effects account for some of the climate behavior seen in the western U.S. where the CRC is located, but not all of it. El Niño and La Niña patterns across the region can aid in forecasting whether the upcoming winter will be wet or dry, but predicting average rainfall remains very difficult. “No one predicted the big wet year after the big drought year of 2018,” says Barger.  In addition to El Niño and La Niña, various other factors are at play in rainfall or lack thereof.

In addition to acting as a site for drought research, CRC also functions as a working ranch. There are about 500 cattle in the herd today. CRC has future plans for its working ranch. There is evidence that the criollo cattle breed that has been recently introduced to the ranch may have lower impacts on the environment than some other types of cattle. Studies have shown they can go longer without water, and also browse on a wider range of vegetation than some other cattle do. Thus this breed may be more appropriate for these desert environments. 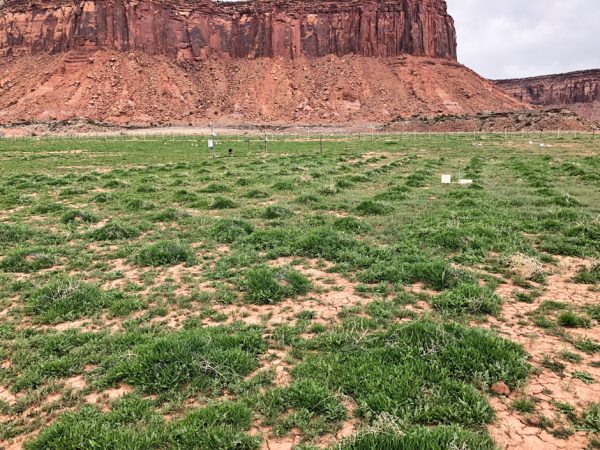 In terms of vegetation, CRC has seen a decline in cool-season grasses, with warm-season grasses being likely to benefit more from increasing temperatures. Cool-season grasses include blue grama, where galleta grass is one of the warm-season grasses. “One of the reasons grasses are studied is because they are of concern to cattle ranchers,” Barger notes. University, state and federal researchers collect data on long term monitoring vegetation plots to document longer-term vegetation change in the region. Remote sensing of vegetation dynamics at CRC has been performed by USGS researchers using satellite products. Data gathering also includes reflectance data, multi-spectral data that is gathered at CRC using drones. The Department of Interior can provide drones for researchers working on projects at the CRC site to use.

Researchers at the CRC site also perform mapping of biological soil crusts (biocrusts) to get a sense of the entire community. “Biocrusts are rich biological communities in the top few millimeters of soil,” says Barger. These communities can contain fungi, mosses, lichens, cyanobacteria and other bacteria. The mosses, lichens and cyanobacteria are photosynthetic and contribute to soil fertility over longer time scales. Biocrust organisms are generally inactive until conditions are moist, then photosynthesis will occur.

Researchers working at CRC are looking at innovative approaches to grow biocrusts in the lab, which could then be used as inoculants in the field. When soil is disturbed by farming or recreation, cyanobacteria will come back. Early colonizers like the cyanobacteria could provide a framework for ecosystem recovery. They exude soil-binding substances that stabilize the soil. Unstable ground, by contrast, would be something like a sand dune. When soil is stabilized, particles are bound, they don’t move around. They also bring in carbon and contribute to soil fertility. 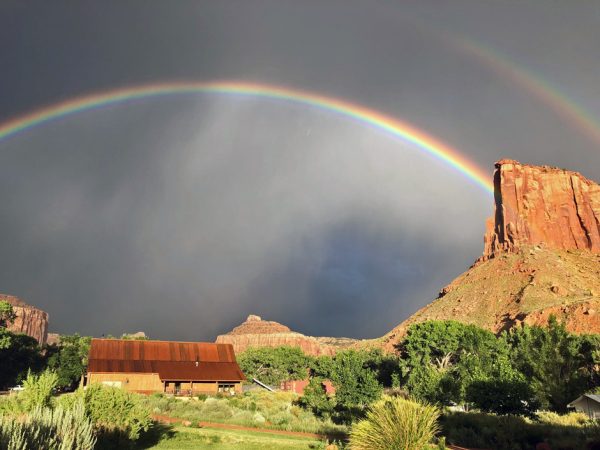 Barger has held the Research Director position since 2015, and her faculty position since 2007. In that time she has seen some interesting research results. “Sometimes the research can be surprising,” she says. “A challenge we are currently working on is our biocrust inoculant grows well in the greenhouse, but that doesn’t necessarily translate into it ‘taking’ when we put it outdoors in the degraded soil environment.”

Barger says a big question CRC is devoted to is: How do we restore ecosystem services of our land? Over 150 years of agriculture and recreational use have caused degradation of the CRC lands. Barger and other researchers hope to find ways, such as the addition of suitable biocrust inoculants, to make up for current deficiencies.

While CRC is on private land, it is meant for people to do research. CRC continues to welcome many types of research and researchers into its unique facility.

More about CRC can be found at: https://www.nature.org/en-us/get-involved/how-to-help/places-we-protect/canyonlands-research-center/