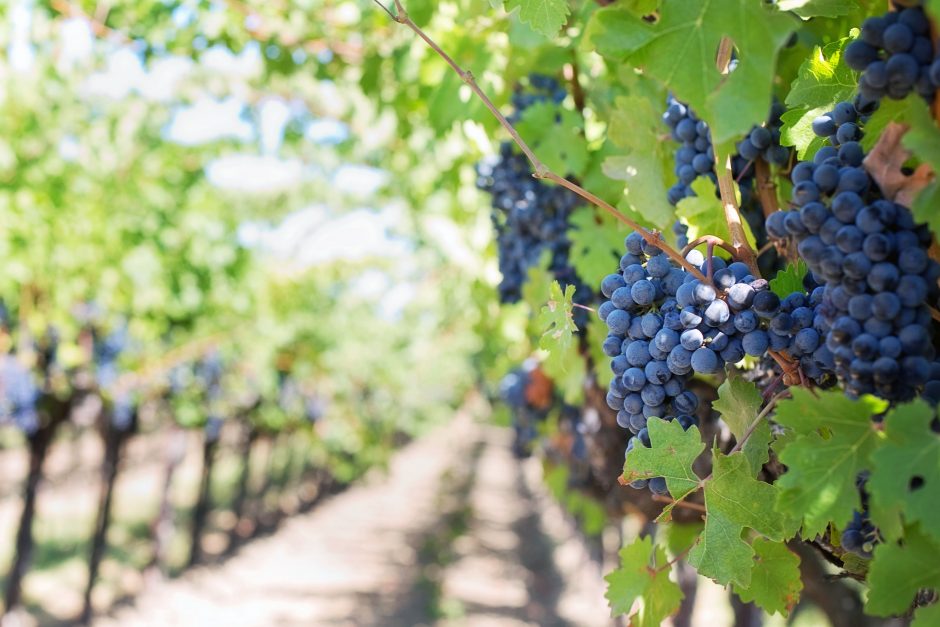 In 2014, the Department of Ecology (DOE) in the State of Washington began to work on water quality standards related to wineries in the Yakima Valley and the rest of the state. The specific concern is the handling of wastewater from winemaking; this kind of wastewater is toxic.

Water into wine, and waste

Winery wastewater is high in sugar and filled with suspended solids such as grape plant matter and juice. Microbes can digest those solids, but only if there’s enough oxygen in the water. In wastewater from winemaking, there isn’t enough oxygen for those microbes—biochemical oxygen demand (BOD) far exceeds supply.

Consider this. To use the wastewater for irrigation, BOD must be below 50. Human sewage BOD is typically between 150 to 300—notably higher, but far less than the 2,500 to 10,000 common for wineries, thanks to the sky-high sugar content of the wastewater.

Simply adding high-BOD wastewater to an ecosystem, by releasing it into the ground, for example, drains oxygen from everything around it, including groundwater. This means insufficient oxygen for other organisms in the ecosystem, and poor absorption of nutrients and water by winery plants, whose vine roots lack the assistance of oxygen-dependent microbes once the wastewater in the soil drains oxygen away.

The new DOE general winery permit is taking aim at this problem with an emphasis on preparation and prevention. Jessica Payne, the DOE’s Water Quality Communications Manager, described the permit, which is designed to standardize winery wastewater handling processes—for the sake of both winery owners and the environment.

Winery wastewater is corrosive because it usually has a pH in the higher range and high concentrations of organic material, dissolved salts, and suspended solids.

“The strength, or concentration of pollutants, depends on the activity that generates the wastewater,” remarks Payne. “The activities that produce high strength wastewater are crush and spring barrel washing.” 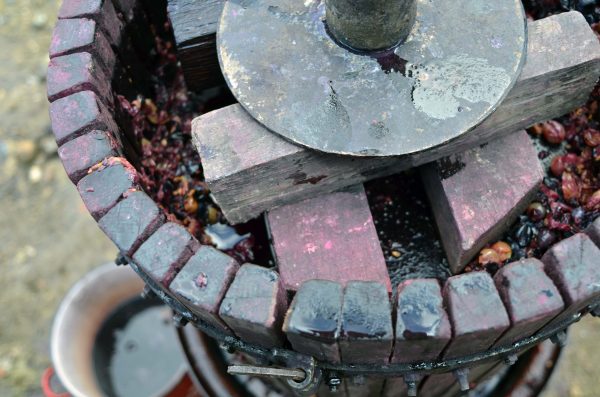 Grapes in a traditional wine press; pulp and solids are separated from the product. (Credit: https://pixabay.com/en/grape-wine-press-work-wine-making-1801021/)

Furthermore, the problem is growing fast, alongside the Washington wine industry’s own rapid expansion.

“There were a handful of wineries in the 1970s, close to 200 at the turn of the century, almost 750 in 2010, and now there are almost 1,000 bonded wineries in Washington,” details Payne. “Ecology issued the Winery General Permit not because Washington wineries are actively polluting, but because it is a growing industry whose wastewater discharges have the potential to harm Washington’s water. Most Washington wineries are environmental stewards and use good waste management practices.”

Many wastewater management best practices were already being used by most wineries in Washington, even before the DOE devised the permit.

“Input from local wineries was critical to the development of the Winery General Permit,” states Payne. “We interviewed dozens of winery owners and operators and toured their facilities to learn about their waste management systems and practices. We also presented at industry meetings and conferences, and worked closely with a group comprised of winery owners (small and large), engineers, wastewater treatment experts, and consultants.”

John Morgan of Lost River Winery was one  of the participating stakeholders. Although he was cautiously skeptical about the process when it began in 2014, he was “pleasantly surprised” by the experience.

“We have recognized through the Winerywise process that this DOE regulation was coming down the pike for quite a few years,” explains Morgan. “When DOE started the formal process in 2014, WAWGG (now Washington Winegrowers) took the lead around the Winerywise core. The process went generally well with a few fits and starts.”

Morgan, who is a professional engineer, feels that the DOE provided the opportunity for any interested stakeholder to become involved from the project’s outset.

“I found working with some of their sanitarians, in particular, to be very pro-active,” remarks Morgan. “At some point, the group cohesion dissipated a bit, and the later comments were made individually, and in my case, on behalf of the Family Wineries of Washington organization. In any case, by the end of the process, every specific issue and concern raised by me or other members of our group were satisfactorily addressed.”

According to Payne, the discussions the DOE had with industry experts greatly shaped the requirements in the Winery General Permit, both through the development process and the public feedback periods.

“This was truly a collaborative effort and I greatly appreciate all that the stakeholders contributed,” states Payne. 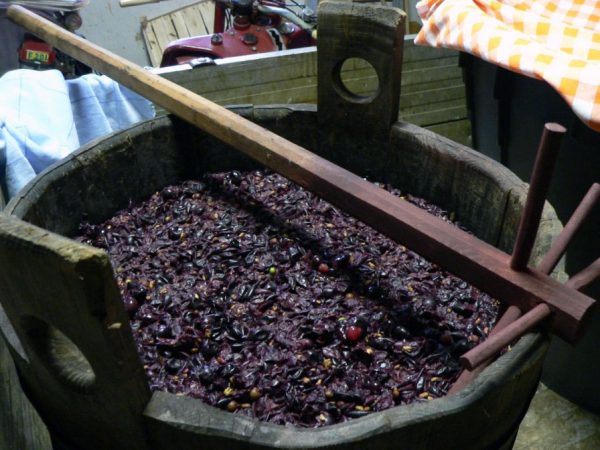 Grapes being crushed into must, juice and grape solids. (Credit: https://commons.wikimedia.org/wiki/File:Mosto.jpg)

Morgan had worked with the DOE in the past as a design and construction engineer, with mixed results; however, this collaboration was a success.

“We were able to convince DOE to move away (for most wineries) from the requirement to monitor wastewater volume in lieu of monitoring water or other inputs such as volume of wine produced,” details Morgan. “This is obviously important due to the cost and functionality of waste stream metering systems. Second, DOE recognized that there are significant fluctuations in wastewater volume throughout the year, and monitoring requirements can be adjusted quarterly in recognition of this fact. Finally, I was able in the end to get DOE to recognize a specific concern of mine related to septic (sub-surface injection bed) systems used by many rural wineries. DOE had been requiring that, for new facilities, process waste and domestic waste be separate throughout the process. In the final permit, these two waste streams must be separated for pre-treatment, but may be combined post-treatment and before transport to a subsurface injection bed.”

“No one likes to be regulated, but everyone likes clean water and a healthy community and environment,” comments Payne. “Once we started talking to wineries and explaining the benefits of coverage under a general permit including industry consistency, legal protections, and reducing liability, they were eager to show us what practices work best for them and make a strong case for what requirements were appropriate for the general permit. They spoke, we listened.”

Many local wineries were already actively working on wastewater issues, according to Morgan.

“I certainly was, and I know of a couple of others who were as well,” details Morgan. “In my case, it was a necessity as I was in the process of building a new facility served by a Publicly Owned Treatment Works (POTW). So I had to be proactive to avoid an expensive retrofit. As it was, treatment (aeration) equipment and tanks I installed added about $30,000 to the building cost.”

The permit does not control every winery in the state; in fact, the first step of the permitting process is an assessment for potential exemption. 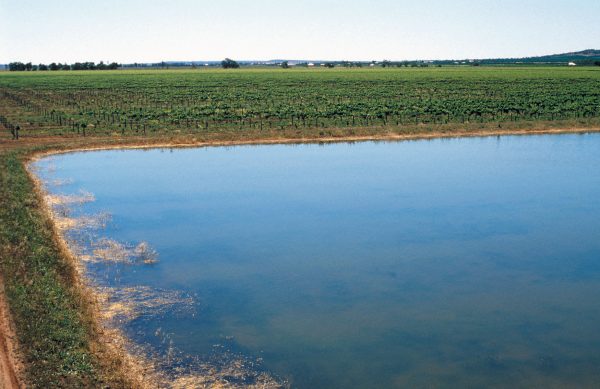 A standard evaporation pond on a farm. (Credit: CSIRO [CC BY 3.0 (https://creativecommons.org/licenses/by/3.0)], via Wikimedia Commons)

“Wineries under 7,500 annual case production are exempt, as are wineries who discharge only to a double-lined evaporation pond with leak monitoring, and wineries who discharge waste to a ‘delegated publicly owned treatment works or POTW, for example, King County Metro,” Morgan describes. “The overwhelming majority of Washington wineries are under the 7,500 case limit, and a fair number of the rest are already on a delegated POTW. Many of the rest either already have an individual permit and are probably compliant with the permit from a capital improvement standpoint, use evaporation ponds, or are served by a non-delegated POTW.”

The latter was the case with Morgan’s new facility: although the winery’s size—about 4,700 cases production—would have exempted it, the POTW had concerns similar to the issues laid out in the permit.

“For example, the large aeration pond owned by my local treatment works handles ‘slug loading’ (uneven effluent strength and volume) well,” comments Morgan. “However, the distance from my facility to their plant caused concern over high BOD effluent going septic on the way to the plant, with an associated risk of nuisance odors. Working with DOE sanitarians, I was able to anticipate design of a system to reduce my facility’s effluent strength to more normal effluent levels.”

The wineries that must comply with the permit guidelines will be self-monitoring. Not all permittees are required to sample their wastewater, however.

For the DOE, next steps include learning and planning how to best support the wine industry, especially in the early stages when they are figuring out how to apply for permit coverage and developing their compliance strategies. For winery owners like Morgan, smart next moves include staying up on the guidelines, even for exempt businesses.

“The bottom line here is, a competent non-delegated POTW is going to engage with the winery as they would any other commercial or industrial user, and wineries will have to address their concerns,” adds Morgan. “Exemption from the permit application process does not equal exemption from common sense or environmental liability.”