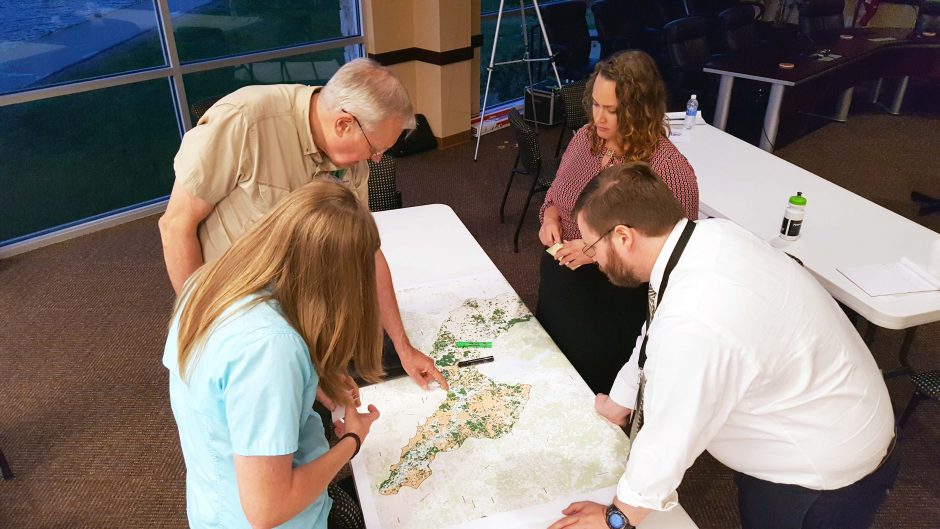 In autumn of 2018, the West Fork Watersheds Partnership (WFWP) in the Houston area presented the final version of its “The West Fork San Jacinto River and Lake Creek Watershed Protection Plan” (WPP). The WPP aims to reduce polluting fecal waste in the area which threatens to contaminate drinking water sources in the region. The WFWP comprises local businesses, governmental agencies and individual people who hope to get involved as stakeholders.

A Senior Planner of the Community and Environmental Planning Department of the Houston-Galveston Area Council, Justin Bower, is managing the project and spoke to EM about the plan and the work.

“Most of the projects that we work on, such as the West Fork Watersheds Partnership, deal with water quality issues related to fecal bacteria,” explains Mr. Bower. “There’s no polite way of saying it; there’s too much human and animal poop in the water.”

That runs afoul of the guidelines created by the US EPA and the Texas Commission on Environmental Quality under the Clean Water Act regarding fishable and swimmable waterways.

“Many of our waterways, especially in the core of the Houston area, but also in the surrounding counties, don’t meet that standard,” comments Mr. Bower. “It’s not wholly a human sources issue; there’s also wildlife, there’s agriculture, there are pets, failing septic systems. There’s a host of causes.”

“The great thing about the West Fork project is that we’re working on things that aren’t regulatory mandates, so they draw a lot of community enthusiasm,” details Mr. Bower. “They’re within the scope of things that local governments, organizations, and residents can do something about. This isn’t a Superfund site where federal involvement comes in and there’s millions of dollars of work. These water quality issues can be addressed by common sense and voluntary actions by stakeholders.”

In addition to assessing the suitability of the waterway for contact recreation based on fecal bacteria levels, the team also monitors other parameters.

“It’s almost easier to talk about what we don’t monitor,” quips Mr. Bower. “The water quality monitoring that we do doesn’t include the really nasty, industrial stuff like PCBs and dioxins and heavy metals. We’re looking at the typical parameters: bacteria, nitrogen and phosphorous compounds, temperature, pH, turbidity, all those typical water quality parameters in a waterway, as well as observations. Is the water cloudy? Do you observe aquatic life? What’s the flow rate? What’s the flow volume? All those typical components of water quality.”

As any news reader knows, the Houston area is also beset by flooding at times.

“We also have issues with things like the ability of the waterways to support aquatic life: not enough dissolved oxygen or other impairments,” Mr. Bower describes. “For the West Fork, there’s an ongoing issue with the amount of sediment in the waterway that’s being carried from various sources. That sediment can change the bottom of the river, cause sandbanks, change the way the water flows, and cause flooding.”

Although local water quality issues are complex, the overlapping jurisdictions, interests, and stakeholders of the project are equally complex, making for an interesting project for the participants, according to Mr. Bower.

“Part of what we do is identify feasible solutions,” remarks Mr. Bower. “We can generate solutions, but if the funding and political will isn’t there, it’s just a document on a shelf. We avoid that. We’re really aimed at engaging local stakeholders to identify things the community thinks we can actually do, that our modeling and science shows will have the desired impact. A cradle-to-grave plan on how to achieve our goals.”

Cleaning up the watershed

Monitoring water quality is really just the first piece of the puzzle for the WFWP.
“There really isn’t a smoking gun in this watershed in terms of sources of fecal bacteria, because it’s a watershed in flux,” Mr. Bower says. “You’ve got a lot of rural areas, and there are still legacy agricultural sources. But there are a lot of developing suburban areas and slightly older urban centers, so you have other sources, from failing septic systems and pets.” 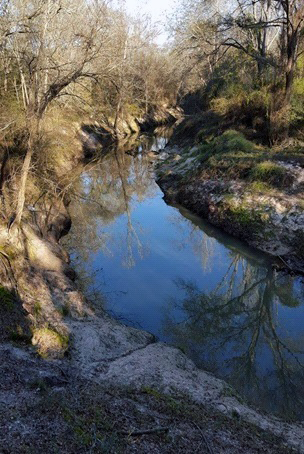 However, this range of potential fecal bacteria sources is more than just a challenge; it’s also an opportunity.

“A wide range of sources also means we have a flexible toolbox,” comments Mr. Bower. “There are already permits in place for many of the regulated point sources; things like industrial facilities and municipal wastewater treatment plants already have to meet certain standards. We’ve also been partnering with state agricultural and educational agencies. We held a training event for urban riparian protection, working with agencies and landowners on how to improve and manage the area along the waterway for water quality.”

In fact, the team has enjoyed stakeholders that are so active and engaged, that they have already managed to roll existing funding over into the implementation stage.

“We plan to do things like installing pet waste stations,” explains Mr. Bower. “Pet waste tends to be a big source of fecal waste in a watershed. Stations are very visible and get a message across while also directly dealing with the source of waste.”

Community education and outreach is also an important component of the plan.

“We always focus on school visits and making sure we have a presence at local events,” details Mr. Bower. “We’ve already done training for homeowners who have septic systems or aerobic systems on how to recognize problems, and how to maintain their systems. We’ll put together a workshop for rural landowners and agricultural entities to introduce them to existing programs and financial resources that have some water quality benefit.”

The team will spend most of the next year focusing on early implementation.

“Continuing to build the brand, to get the awareness out, to get folks working on some of these projects,” says Mr. Bower.

The plan is also designed to create a lasting project that outlives its initial funding.

“The point of these projects and the funding behind them is seed money to a certain extent,” remarks Mr. Bower. “It’s to get folks engaged, to come up with solutions and hopefully fund some early implementation, but then grow it to the point where it’s self-sufficient without public funding, where the local partnership takes it and runs with it.”

The team evaluates the success of the WPP in more than one way, but examining water quality data is an important piece of the puzzle.

“One of the great advantages we have in the Houston area is that HGAC, along with many of our local partners, samples at about 400 sites in the 13 counties on at least a quarterly basis, which makes it one of the most monitored places in the country in terms of water quality,” states Mr. Bower. “It’s an incredibly large amount of sampling.”

This affords the team much more detailed insights into the functionality of the WPP. 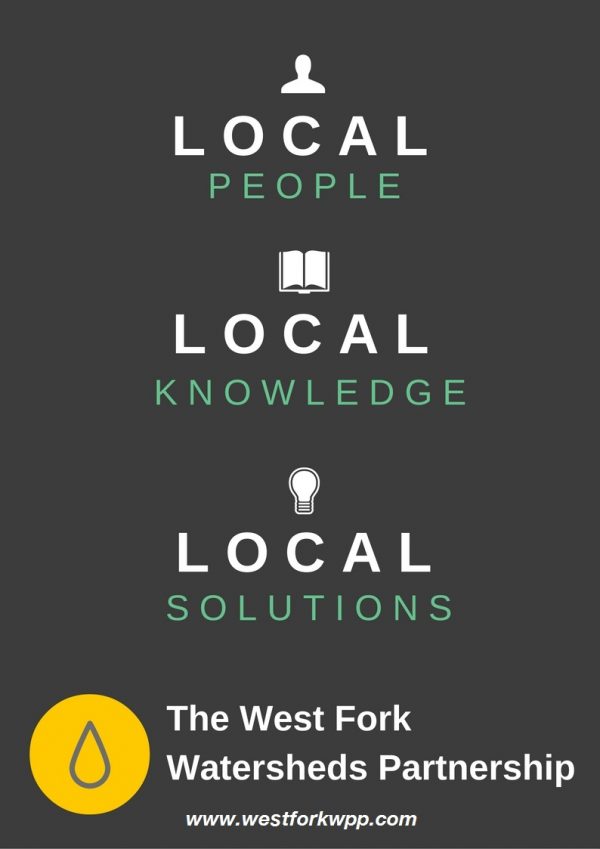 “When we’re looking at which programs are working and which aren’t, we can actually look at the water quality at different places in the watershed to see which best management practices are most effective, or where we’re getting a lot of engagement with the community on the practice,” adds Mr. Bower. “The plan is designed to be a living document.”

This is a critically important point in an area like Houston-Galveston, situated in a county that’s second in the nation for population growth. For Mr. Bower and the WFWP team, the growth is just part of the challenge they need to rise to meet.

“Going forward, we have the challenge of being in a watershed where, even as we’re starting to address these issues, there’s more people, more pets, more failing septic systems,” muses Mr. Bower. “We always want to be seeing water quality getting better, but there are some times when the best you can hope for is to reduce the increase, to try and hold the line.”

Mr. Bower finds that one of the greatest benefits of the program has nothing to do with water: “Honestly, one of the things I love best about this project is, regardless of how the plan comes out, regardless of what we say we’re going to do from implementation, one of the absolute earliest, best, and ongoing benefits is simply getting everyone around the same table, especially people who may be shouting at each other from other sides of the opinion columns in newspapers.”

“The one thing I always say is that although we’ve gone through a couple of years of planning projects already, this is probably one of the best times to get involved,” Mr. Bower adds. “We’re switching from this long-range planning stage to getting people out on the ground and doing some of the stuff that’s a little more fun. This is the time where even folks with absolutely no experience, nothing more than a concern for the public health and economy and environment of their communities, can go out there and make a meaningful contribution.”