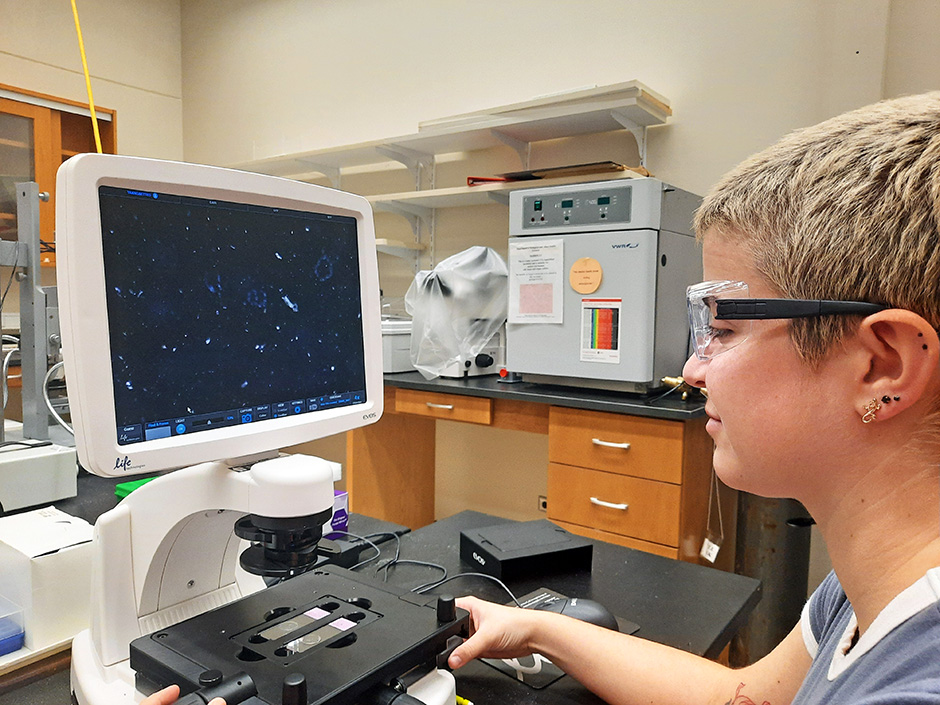 Christopher Spiese is assistant dean at the Getty College of Arts & Sciences, acting director of the school of social sciences and human interaction, and associate professor of chemistry at Ohio Northern University. He is also a marine sulfur enthusiast. Marine sulfur biogeochemistry, which involves the cycling of sulfur through aquatic biological and geological systems, is essential for the functioning of marine life. However, the exact chemistry involved is not entirely known, piquing the interest of researchers like Spiese.

“I went into marine sulfur biogeochemistry during my graduate work. I completed a doctoral environmental chemistry program at SUNY College of Environmental Science and Forestry (SUNY-ESF) under David Kieber. He introduced me to chemical oceanography and biogeochemistry, and I used that as a starting point for projects at Ohio Northern when I came out here,” Spiese explains.

A major interest of Spiese’s is dimethyl sulfide, a volatile sulfur compound. “Dimethyl sulfide is a metabolite, a byproduct from marine phytoplankton,” he says. “DMS is the ‘salt air smell’ or ‘the smell of the sea.’ When certain molecules are cleaved by bacteria or algae, dimethyl sulfide results. Half of all natural sulfur emissions are dimethyl sulfide (DMS). Cells can’t hold onto it, so they release it, and it plays an important role in the global sulfur cycle.”

Spiese and other researchers study volatile sulfur compounds like dimethyl sulfide using typical lab techniques like gas chromatography (GC) and mass spectroscopy, as well as HPLC and UV-Vis, all quantitative measurements. Recently, he has started to utilize LC-MS as he begins to examine non-volatile compounds related to DMS. In terms of the goals of the marine sulfur biogeochemistry work, Spiese feels that, “We have a good understanding of the front end of the dimethyl sulfide process. We know what the chain is to dimethyl sulfoxide products, but then there is a big gulf to methane sulfonic acid, which we know algae can take up and use. We just want to understand the whole process.” 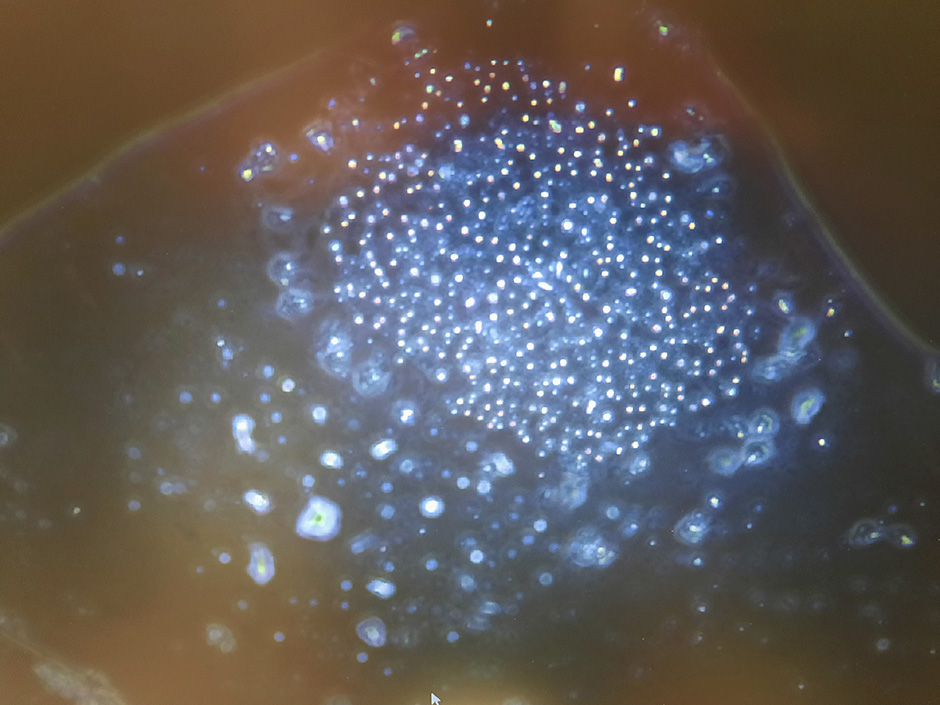 However, the analytical work is difficult, and understanding the whole process is hardly complete at this time. Methane sulfonic acid is very unreactive, so it is hard to measure against a seawater background. “That’s part of the challenge,” says Spiese. “Dimethyl sulfoxide, on the other hand, is fairly easy to measure. We have students measuring it on GC.”

Analytical trends include more use of mass spectroscopy than there used to be. Until recently, the analysis of DMS and related compounds used GC or radiochemical techniques. Now, scientists are using different isotopic labels to track pathways and introducing new techniques, such as Inductively Coupled Plasma Techniques (ICP), to measure these compounds.

In the future, Spiese would like to develop a full understanding of how sulfur moves from dimethyl sulfide to sulfate. “Sulfur will oxidize and seed clouds which influences climate change,” he mentions. In other words, as dimethyl sulfide reacts with free radicals in the atmosphere, it forms sulfur oxides which readily absorb water. The resulting particles act as nucleation sites, accumulating more water and dust, which aids in cloud formation. Clouds can both shield the surface from incoming sunlight, reducing temperatures during the day, and trap heat closer to the surface at night, increasing temperatures. “It is still an open question as to how much clouds are impacting climate change – and in which direction,” Spiese adds.

Even though his sulfur biogeochemistry work focuses on marine systems, these reactions can be applied to other systems. “What we’re doing really has a broad application,” he emphasizes. “There are studies that have shown links between sulfur metabolism and harmful algal blooms that produce microcystin, for example. That was a bit of a surprise, since we don’t usually associate dimethyl sulfide with freshwater algae. So we start to wonder if there is some common biochemistry that links DMS to algal toxins. When you start to pull one thread, you never really know what other threads are tied to it.” 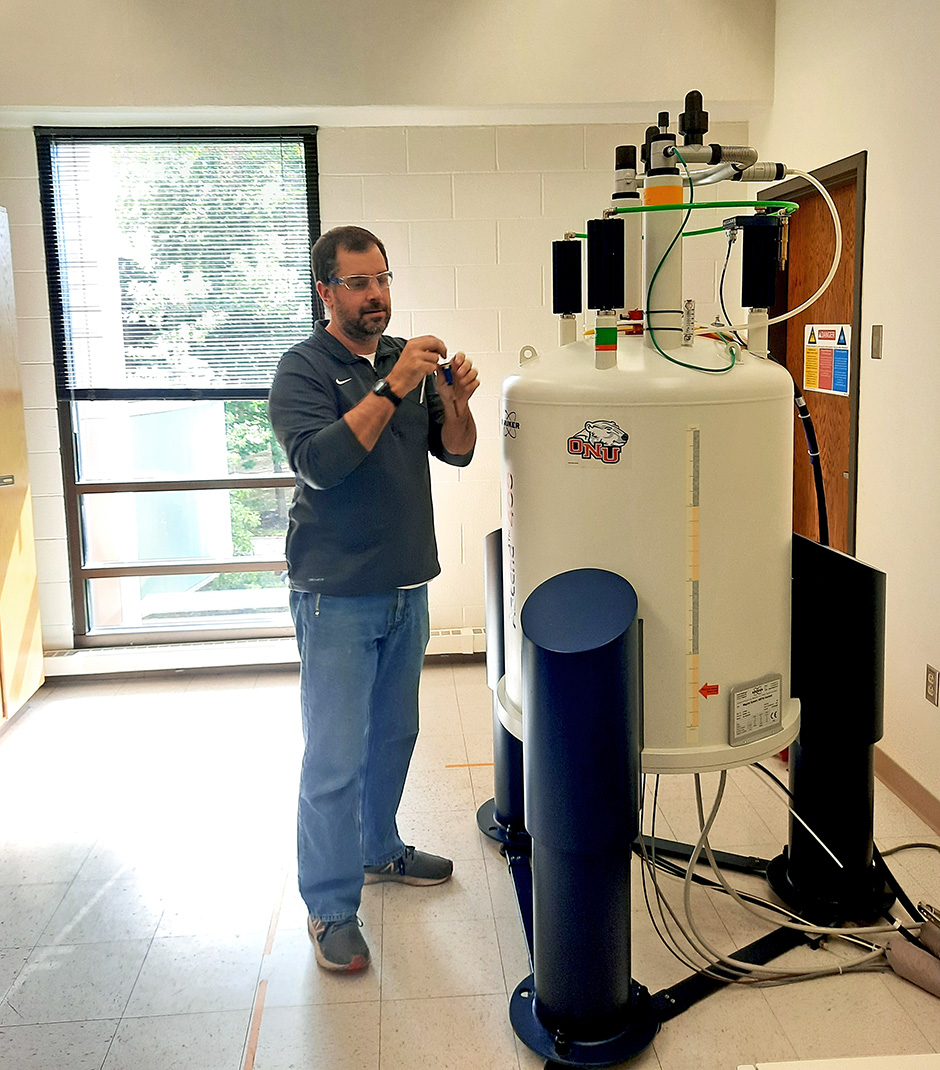