Everglades Restoration: A Story of Wetlands and Water 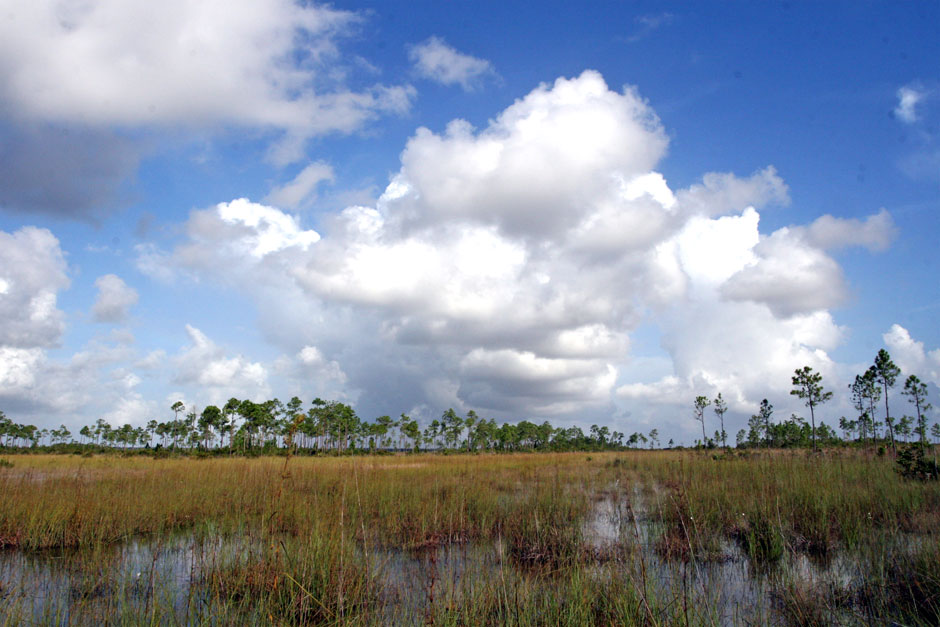 A wetland in the Everglades. (Credit: Todd Osborne)

The Everglades are famous as a popular tourist destination. In 2019, over one million people visited the famous national park that makes up their southern portion. They are also famous, though probably less so, for ongoing, large-scale restoration efforts aiming to restore some of the hydrology that earned the system the nickname the River of Grass.

Restoring the River of Grass to something closer to its former state will provide timely relief for vital wetlands that support wildlife, industry and the 8 million people that utilize the Everglades for the fresh water they provide. Click To Tweet

Water from the Everglades system also supports huge agricultural enterprises, especially in sugar cane production. In 2019, Florida produced more than 17 million tons of sugar cane. That production is concentrated south of Lake Okeechobee, one of the largest freshwater lakes in the United States.

Starting in the first half of the 20th century, major flood control initiatives redirected water east and west, rather than allowing it to flow south through the Everglades. For the same reason, rivers were channelized and cut off from their flood plains. The flood control strategy worked but had unintended consequences.

Wetlands in the Everglades store a huge amount of water, but changes to the area’s hydrology have diminished their capacity, Paul Julian, technical lead for Everglades restoration in the Florida Department of Environmental Protection told Environmental Monitor.

This occurred through a process called subsidence, the result of compacting wetland soil.

Less storage capacity is a threat to drinking water supplies as well as wildlife habitat.

While Everglades restoration “won’t turn back the clock” on subsidence that has already occurred, Julian said, it will keep the process from starting elsewhere or continuing where it has already begun. 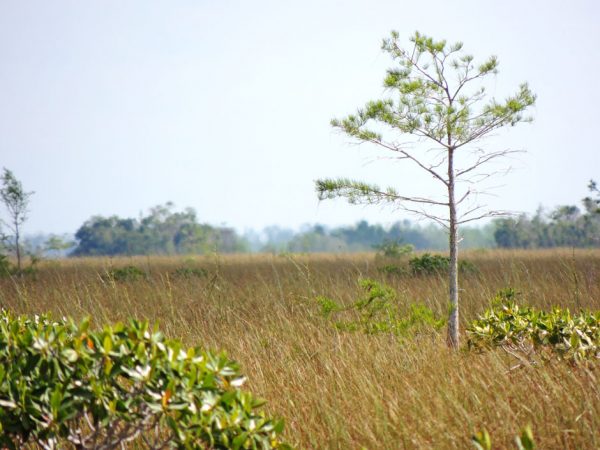 A wetland in the Everglades. (Credit: Paul Julian)

When a wetland dries out

Subsidence occurs when peatland dries out.

Peatlands, a type of wetland, are landscapes that are flooded most of the year. Under water, dead plant matter decays slowly. Over years, this slow decomposition creates absorbent, black soil rich in organic material. This peat soil absorbs and holds up water, filters it and allows it to recharge aquifers. It also stores a lot of carbon.

“If you alter the hydrology, you have the potential to dry out wetland systems,” Julian said. “When you dry out a peatland system, you have what’s called subsidence.”

When long submerged peat soil is exposed to air, it begins to oxidize and break down more quickly. As it breaks down, it compresses and shrinks.

In some areas where measures exist, peatlands have subsided significant amounts, releasing stored carbon into the atmosphere. At the University of Florida’s Everglades Research and Education Center, past researchers sunk a cement pole through the peat soil and into the bedrock. In 1924, the top of the pole was even with the ground. Today, more than six feet of the pole has been exposed.

Subsidence and dry peatlands mean the soil is more susceptible to erosion from both wind and water, too, Julian said.

Halting subsidence requires a restoration of the area’s historical hydrology. A huge effort, guided by the Comprehensive Everglades Restoration Plan, aims to mimic closer-to-natural hydrology by managing the quality, quantity, timing and distribution of water in the area. Getting those four factors right is so central to restoration efforts that one partner organization involved in the project, the National Park System, says, “If we get the water right by restoring [quality, quantity, timing and distribution], the ecosystem will respond positively.”

Julian thinks the restoration effort is vital to the Everglades long term health.

“If we don’t restore the everglades, we have this potential to—I know this isn’t a technical term, but—screw things up,” he said.

Julian splits his time between working with scientists researching the best ways to restore the Everglades and permitting projects that will carry out that plan.

The permitted projects of the Army Corps of Engineers and the South Florida Water Management usually “build [water control] features or destroy features” depending on how they impact water movement and flood control, Julian said.

The soon-to-be-completed Kissimmee River restoration is one key example of this process and the quality, quantity, timing and distribution philosophy.

In response to severe flooding, miles of the meandering Kissimmee River were turned into a canal, beginning in the 1960s. While this protected communities within its floodplain, it disrupted the natural cycle of floods and eliminated acres of wetlands.

Now, 40 miles of the river’s meanders are being restored. Miles of floodplain will also be restored, marking a return of quality habitat and historical floodplain hydrology.

In the Everglades themselves, signs of restoration are apparent, too. 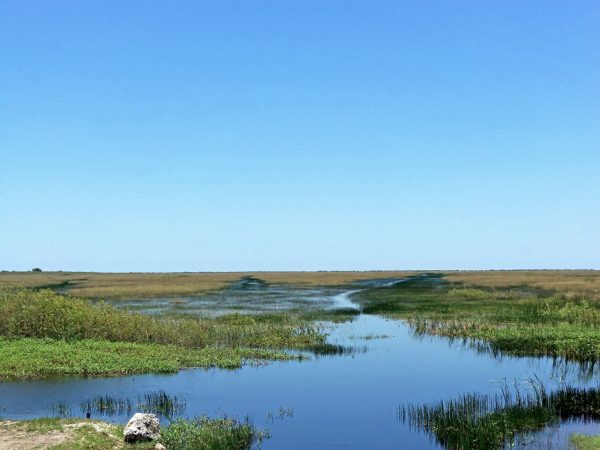 A wetland in the Everglades. (Credit: Paul Julian)

In 2018, a supercolony of nesting wading birds—storks, ibises, egrets and more—occurred in the Everglades. Some birds nested in their largest numbers since the 1940s.

Such events suggest that the restoration projects are having an impact.

“We think maybe that doesn’t happen without these projects,” Julian said.

It seems to suggest that the Everglades will bounce back given a chance.

When Julian is hiking in the Everglades, he says his attention is often directed down, toward the soil.

The history of a place is recorded in its soil, he says. Floods, erosion and the slow process of decomposition in a peatland can all be seen in the right soil.

“The ecosystem memory is imprinted on that soil,” he said.

Soon, the soil may be laying down memories of the Everglades restoration.