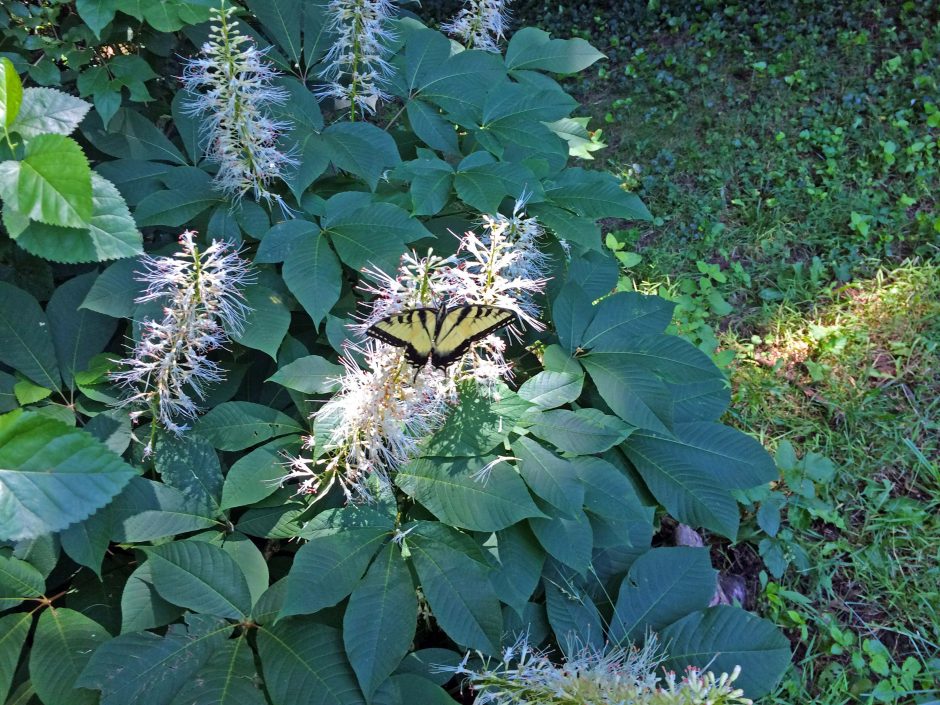 Five Rivers MetroParks covers 16,000 acres of diverse lands in southwestern Ohio. The “five rivers” in its name refer to the Miami River, Stillwater River, Mad River, Twin Creek and Wolf Creek which give character to the region.

Grace Dietsch has been involved in many of Five Rivers MetroParks environmental monitoring programs in her four years as Five Rivers MetroParks Biologist. Butterflies, deer, salamanders, fish, snakes and birds are some of the many species being monitored on MetroParks grounds. While MetroParks staff members compile the data, volunteers sometimes provide a significant portion of the environmental monitoring data itself. “We try to contribute to research and management decisions with the data we gather,” explains Dietsch.

“Butterfly surveys are done here every year by volunteers,” Dietsch says. “Monarchs are the big butterfly we look for. We also plant 100 acres of pollinators: milkweed, butterfly weed, purple coneflower and wild bergamot which act as butterfly magnets.” There are two butterfly transects in Germantown MetroPark, run by volunteers. “When butterfly counts are done here, they follow Ohio Lepidopterists protocol,” she adds.

“We monitor for deer in the MetroParks using trail camera surveys,” says Dietsch. “If there are over 20 deer per square mile we tend to see an impact on the native vegetation. We spend thousands of dollars every year on planting trees and wildflowers, so we don’t want a situation where those get completely destroyed by deer grazing. However, it has never been our intention to eliminate deer completely, as they play a vital role in the environment.”

There are a couple ways of estimating the amount of deer in Five Rivers. Browse level can indicate population size, and browse can be measured using designated oak tree plots. Another way of estimating deer populations is through trail cameras. A 1997 Jacobson paper explains how to extract deer data from trail cameras. It is possible to get absolute numbers of deer, buck/doe ratios and estimate fawn recruitment. 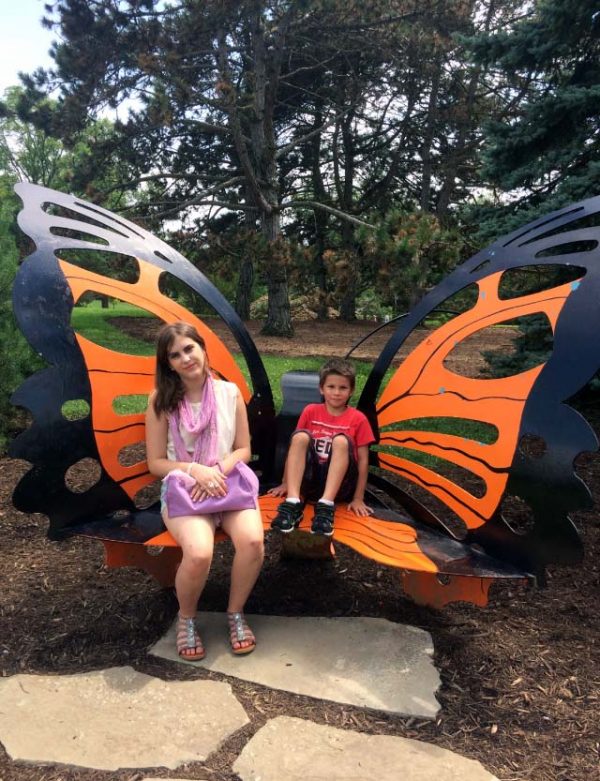 “Deer lack natural predators in Ohio. If a deer population is getting too large in a MetroPark, some deer are culled,” Dietsch explains. “This is done by a trained sharpshooter using specialized equipment. Deer are the only wildlife the public can hunt in the MetroParks. The public is allowed to bow hunt deer only in some MetroPark areas. Not just anyone can bow hunt deer, however, only skilled hunters who pass a test.”

Monitoring and limiting the size of the deer population is critical to the health of wildlife. Birds, for example, are greatly impacted by deer overgrazing. Deer can take out understory saplings, ephemerals and herbs. Then songbirds don’t have enough forage.

“It can take years for a forest to recover from deer overgrazing. And it may never recover,” says Dietsch.

Five Rivers’ most common species are American toads, leopard frogs and bullfrogs. Many other species have been found, but are just not as prevalent, such as wood frogs. The University of Dayton also has permanent plots for salamander surveys. Spotted salamanders, a unique species to note, are now only found at Sugarcreek Reserve.

“We do some fish stocking,” Dietsch mentions. “Possum Creek is the only pond we stock. It’s stocked with rainbow trout and catfish. Fishing is allowed in all the MetroParks except for Cox Arboretum and Hills and Dales Park.”

Fish stocking has been done in the MetroParks to look at species diversity within Five Rivers ponds and lakes. Seining has been done to observe fish species present in an area. There has also been some investigation into small fish kills when they reach an unusual level, to see if a particular area has gone anoxic and requires treatment. E. coli monitoring is done on an as-needed basis. 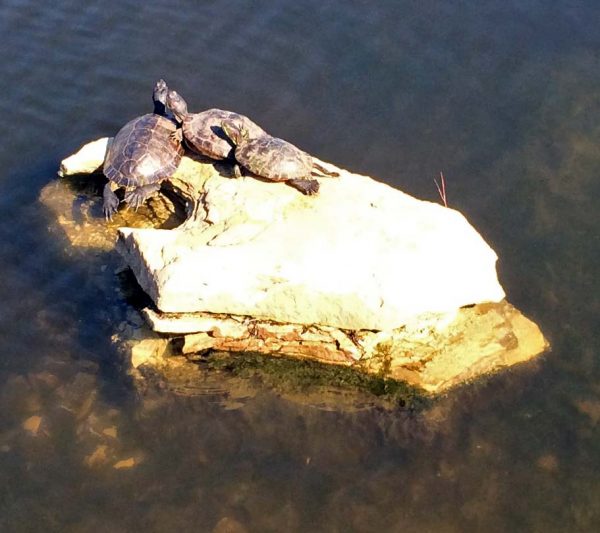 There have been many bird success stories at Five Rivers. “Woodman Fen is a good area for birds, and so is Eastwood MetroPark,” says Dietsch. Breeding bird surveys have been conducted at the MetroParks for many years. “Since the late 1980s, eagle numbers have been increasing. The DDT ban and protection of river corridors are working. Englewood, Eastwood and Huffman all have bald eagles with breeding pairs.”

Other birds are also thriving. Recently, an estimated 50 great blue herons were seen in Englewood at the mud flats. Wood duck populations have also seen success after MetroParks staff put out wood duck boxes to help them nest.

The situation for one species, though, has not improved much: kestrels have been surviving, but barely. “Habitat loss is surely a factor in their declining numbers. Also, they’re a small predator, and some large predator numbers, like Coopers Hawk, have been on the upswing. We maintain 20 boxes for kestrels to try to help them but haven’t really seen a difference in regional population levels. They have trouble competing with the bigger predators.” 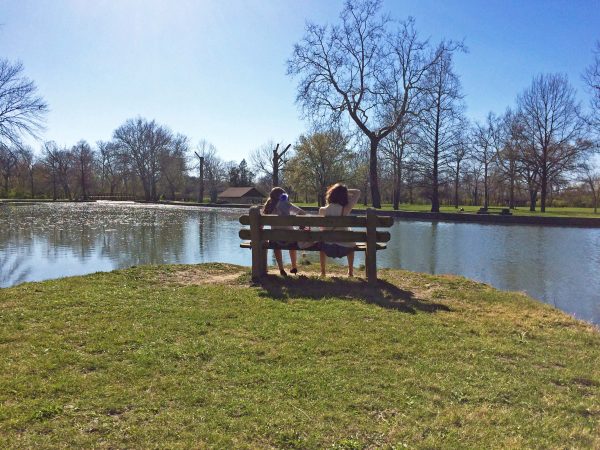 In her time as Biologist at Five Rivers MetroParks, Dietsch has noticed many changes. “We’ve had an increase in bald eagles and wood ducks, and that’s been great. On the other hand, it seems like we have fewer box turtles than we should and more fragmentation of habitat. Turtles migrate long distances; turtles need upland corridors and bottomland woods, so I think fragmentation of habitat affects them more than some of the other species.”

Despite the challenges faced by some species, overall, Dietsch sees the Parks as moving in a positive direction.

“I enjoy watching some of the species that had previously struggled more, like bald eagles, start to recover,” she says. “Personally, I feel entrusted to do my own projects and come up with new ideas. I like working with so many passionate people who want to contribute to the greater good. Five Rivers MetroParks is a great place. I love it here.”