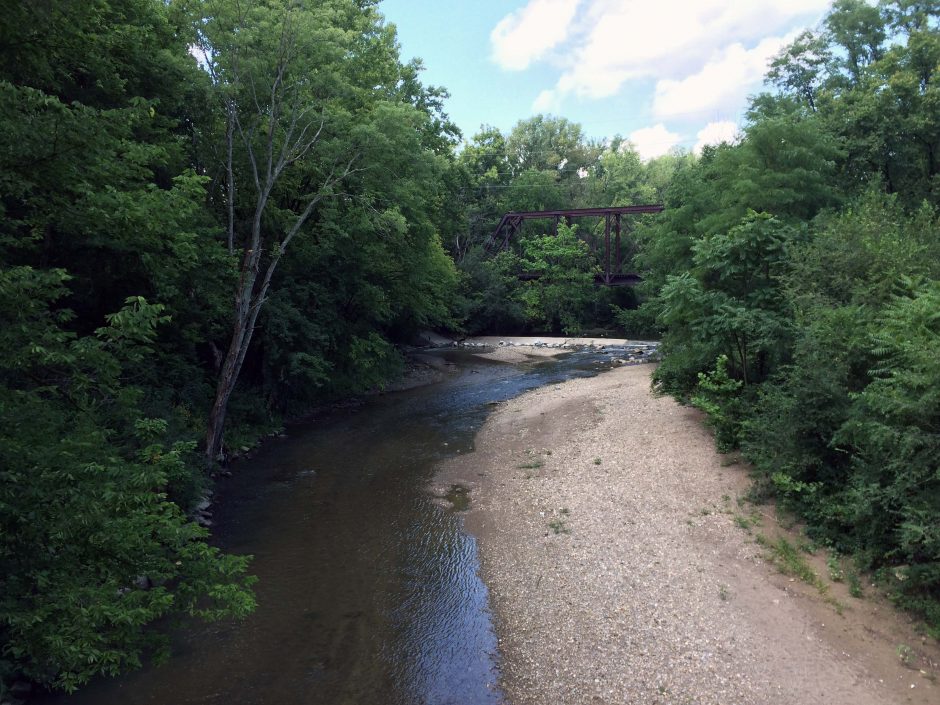 Named for wolves that were once spotted in the area during the pioneer era, Wolf Creek of Dayton, Ohio is a waterway nearly 20 miles long, a southeast flowing tributary of the Great Miami River. Wolf Creek is one of the “five rivers” referred to in the name of Five Rivers MetroParks-– Dayton, Ohio’s premier park system. Five Rivers MetroParks was founded in 1963 with the goal of preserving green space for future generations. The “five rivers” in its name refer to the Miami River, Stillwater River, Mad River, Twin Creek and Wolf Creek which run through the region. The area has many citizen scientist volunteers that help assess water quality in selected areas.

One such citizen scientist group is the Miami Valley Unitarian Universalist Fellowship (MVUUF) Stream Team, which has been evaluating stream habitat quality at Wolf Creek since 2012. The MVUUF group views environmental sustainability as one of its key service commitments.

Gary Courts, Past MVUUF Environmental Action Group Chairman, tells the story of the creation of the Stream Team. “About six years ago an Environmental Action Group was formed as a subgroup of our Social Action Group at Miami Valley Unitarian Universalist Fellowship,” he recalls. “Among the projects that we took on was to organize a ‘Stream Team.’ Two of us, Alice Diebel and I, attended a training workshop sponsored by the Miami Conservancy District and were certified as Miami Valley Stream Team Volunteers. A MVUUF member who is a retired MetroParks administrator suggested that we undertake ongoing monitoring of Wolf Creek at a site in Wesleyan MetroPark, one of the Five Rivers MetroParks, and we have been certified to monitor at that site for the past six years. After our training, we are certified as Ohio Level 1 Qualified Data Collectors. The data that we collect and process is then submitted to the Miami Conservancy and Five Rivers MetroParks.” 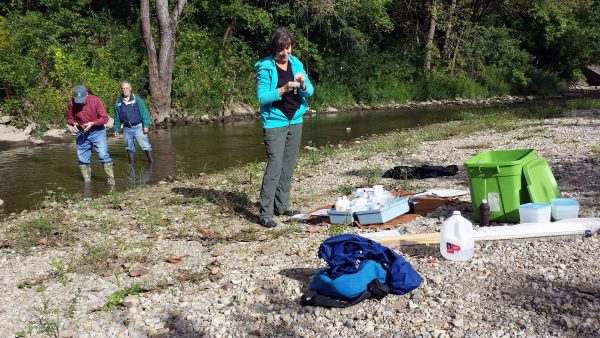 The protocol used by the Stream Team comes from the Conservancy’s Volunteer Stream Monitoring Training Manual. Each monitoring session consists of a habitat assessment, a chemical assessment and a biological assessment.  “The habitat assessment involves completing the Citizens Qualitative Habitat Evaluation Index that was developed by the Ohio EPA. For the chemical assessment, we do these tests: dissolved oxygen, E. coli, pH, 5-day biological oxygen demand, upstream-downstream temperature change, nitrates and turbidity.  For the biological assessment, we use the kick-seine method to sample macroinvertebrates in the stream,” says Courts. “After Alice and I were certified as official volunteer stream monitors, Miami Conservancy gave us a Hach Stream Survey Kit. This kit has served us well.”

The reports generated by the Stream Team also include waterway qualities such as substrates, flow depth, riparian vegetation and stream shape.  The biological monitoring component also consists of sampling for the presence and abundance of benthic macroinvertebrates as an indicator of the presence or absence of pollutants. 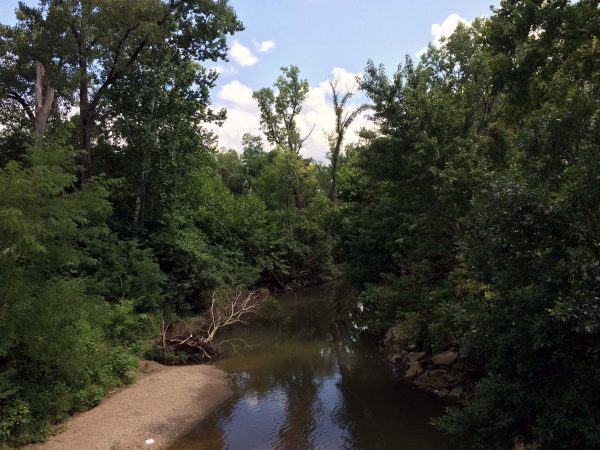 Recently, the MVUUF Stream Team did a study at their designated site at Wolf Creek in Wesleyan Metropark on Saturday, July 7, 2018.  The chemical tests indicated good water quality, though the habitat assessment and biological values were only fair. Only a few macroinvertebrates were netted which might indicate an insignificant sample size. Some of the stream species found included: caddisfly larvae and water penny, which are intolerant of pollution, along with damselfly nymphs and some clams or mussels, which are moderately intolerant of pollution. In a previous report, riffle beetles were found, which are pollution intolerant, and also blood midges, which are very tolerant of pollution. The biological assessment for that report was also fair.

The MVUUF Stream Team will continue to monitor Wolf Creek in the future.