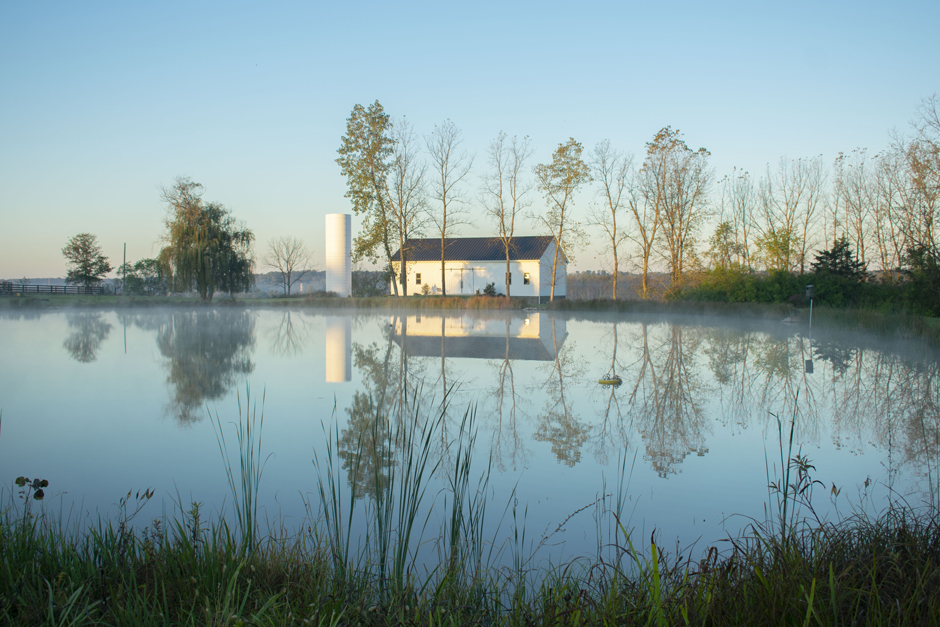 Across the planet, biodiversity and natural habitats are declining dramatically. Countless species of flora and fauna around the world are being listed as either threatened, endangered, or extinct. According to a 2019 UN Study, around one million species are already at risk of extinction. Unless action is taken to reduce the causes of biodiversity loss, many of these species could disappear within the next few decades. Invasive species, habitat destruction, pollution, and other environmental stressors are all major causes of biodiversity decline.

While high biodiversity is synonymous with places like the Amazon Rainforest and the Great Barrier Reef, it can also be found locally. For example, there are more organisms in one teaspoon of soil than there are people on Earth, according to the James Hutton Institute. Trying to help the environment in one’s own backyard may seem intimidating, but working to improve biodiversity, even on a small scale, can have a major impact on the preservation of natural habitats and the survival of native species.

Biodiversity at the Fondriest Center for Environmental Studies

Located in Beavercreek, Ohio, the Fondriest Center for Environmental Studies (also known as the Field Station) is an example of an area where biodiversity is actively being protected. The Field Station is home to a wide variety of monitoring projects and conservation efforts led by the Environmental Science Team, which includes both scientists and naturalists from Fondriest Environmental, Inc. With much of their work focused on habitat restoration, product testing, research, and education, team members are continuously monitoring the local environment.

The Science Team’s primary responsibilities include: deploying and testing environmental monitoring equipment, educating local students about environmental science, and documenting local species of flora and fauna. Among these projects are the ongoing efforts to protect biodiversity and maintain a balanced ecosystem by providing native wildflower meadows, water quality monitoring of the field station pond, invasive plant removal, honey bee apiaries and bird boxes. Nearly 300 different species have been documented at the Field Station on iNaturalist and the WQData LIVE photo gallery, some of which are listed as threatened on either a state or federal level.

One of these threatened species is the Blanchard’s cricket frog (Acris blanchardi). According to the Minnesota Department of Natural Resources (MDNR), the Blanchard’s cricket frog, a subspecies of the Northern cricket frog, can be identified by its miniature size (0.79-1.38 in.), distinctly warty body and a dark triangle located between the eyes. In addition to its physical distinctions, this species can be identified by its unique call, which sounds like two marbles clicking together. These frogs have a very short lifespan of only about four months to a year and are most active between the months of March and November. During their active period, the Blanchard’s cricket frog is commonly found in wetlands, ponds, streams and open shorelines with plenty of emergent vegetation.

While the Blanchard’s cricket frog is abundant in some parts of the United States, the University of Michigan Museum of Zoology reports the species has suffered declines in some Northern states such as Wisconsin, Michigan and Ohio. Since the late 1970, these frogs have experienced a major population decline and have almost gone extinct in much of its northern range. Scientists are still researching the main causes of this decline, but multiple studies suggest that the frogs do not adapt well to human disruptions in the environment, making them more susceptible to diseases and infection. 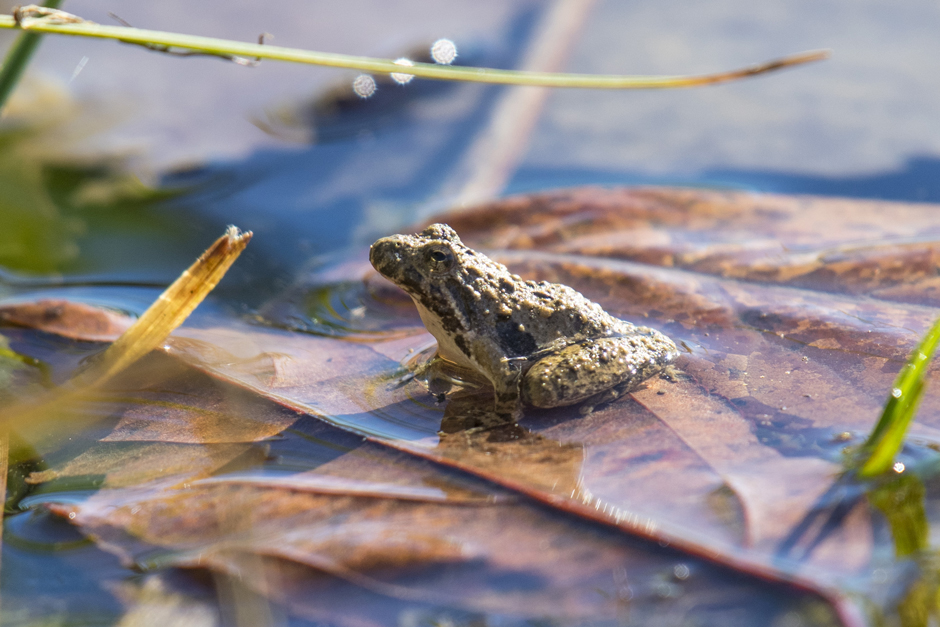 Amphibians such as the Blanchard’s cricket frog are considered indicator species, a category of organisms highly influenced by environmental changes and can give scientists insight into an ecosystem’s health. The frog’s thin, porous skin makes them more sensitive to the environmental conditions around them. This permeable skin easily absorbs bacteria, chemicals and other toxins from both the air and water. Living both on land and in the water, they are exposed more frequently to pollutants around them as well as through their diet of various plants and animals. Being both predators and prey, these frogs are a crucial part of the ecosystem and have a large impact on many other species. Without them, prey populations, such as mosquitoes, will grow. Many predators that are higher up in the food chain will have less to eat as well, leading to more competition for resources and a decrease in predator populations.

As a predominantly aquatic species of tree frog, it is severely affected by water pollution and man-made changes to their environments. Researchers at Case Western Reserve University and the Holden Arboretum found that man-made impacts on the environment led to a compromised immune system in Blanchard’s cricket frogs. For example, frogs from disrupted environments such as residential areas or agricultural land were more at risk for infections and diseases than frogs found in more natural habitats.

In addition to man-made disturbances, the MDNR reports that only 5% of the Blanchard’s cricket frog population survives the winter each year due to hypoxia and freezing temperatures. According to a study published by the Canadian Journal of Zoology researching the hibernation habits of northern cricket frogs, laboratory testing suggests that these frogs are terrestrial hibernators. Despite their aquatic nature, these frogs are unable to survive in water with low oxygen levels and lack the degree of freeze-tolerance needed to survive the cold temperatures. The study concluded that cricket frogs strongly prefer hibernating in pre-existing cavities in the soil of the pond bank instead of submerging in the soil or underwater.

Many frogs were found taking advantage of water-saturated crayfish burrows, many of which were insulated with decomposing leaves and vegetation, to stay warm. As temperatures climb in the spring, the frogs emerge from hibernation. However, inconsistent temperatures resulting from climate change can cause the frog to exit hibernation early and die in the harsh conditions.

With such a short lifespan and such a small percentage of the population surviving the winter, just one bad season can be enough to wipe out pockets of the population, making the conservation of these habitats pivotal in the survival of the species.

While biodiversity and environmental news is often oversaturated with despairing reports, there is still hope for many endangered species around the world. With the right protections and environmental efforts, species can bounce back from near-extinction, and the delicate balance of natural ecosystems can be preserved.

One of these once near-extinct species is the bald eagle (Haliaeetus leucocephalus). These iconic birds are easily recognized by their large size, dark-colored body and contrasting white head. As apex predators, bald eagles play an important role in the environment and food chain. Without these predators, the entire ecosystem can become unbalanced, leading to an overpopulation of prey animals that overgraze and diminish resources. Bald eagles are powerful and opportunistic hunters, often killing vulnerable prey such as old, injured or weak animals. While they do hunt healthy prey, hunting weaker prey allows for an easier meal and helps foster healthier prey populations in the future, with only the fittest animals surviving and reproducing. Additionally, they are also opportunistic scavengers and eat carrion, assisting in nature’s natural clean-up process. 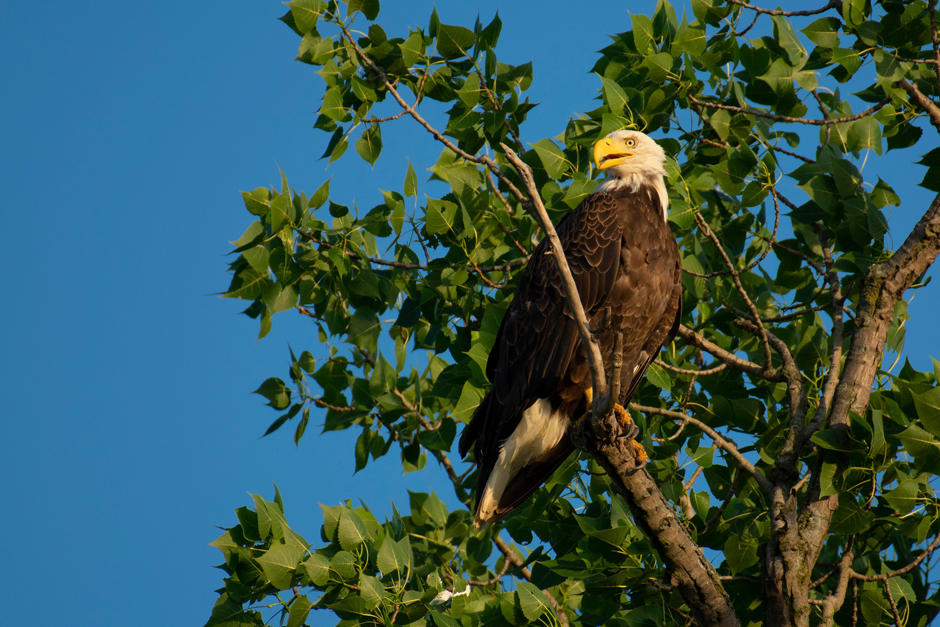 According to the American Eagle Foundation, in 1782, when the bald eagle was adopted as the United States’ national symbol, there were nearly 100,000 nesting bald eagles living in the continental U.S. Unfortunately, bald eagles were frequently killed due to fears that they were a threat to livestock and the salmon population, which led to their initial decline. At the time, bounties were given in exchange for eagle carcasses. In 1940, this decline in population led to the passing of the Bald Eagle Protection Act. This made it illegal to kill or disturb the species, as well as banned the possession of any part of an eagle, such as feathers, nests and eggs.

Despite these protections, the species continued to decline drastically due to the effects of an insecticide used in agriculture called Dichlorodiphenyltrichloroethane, more commonly known as DDT. This chemical was used extensively across the U.S., wreaking havoc on many species’ populations and posing risks to human health as well. Birds such as bald eagles were detrimentally affected as DDT caused the eggshells to become extremely thin and easily broken, significantly lowering the number of surviving offspring.

By 1963, bald eagles were on the brink of extinction, with less than 500 breeding pairs in the lower U.S. In the early 1960s, a book called Silent Spring, by Rachel Carson, brought the public’s attention to these chemicals and the effects on wildlife and the environment. While the book faced severe backlash from chemical companies, it ultimately led to the ban of DDT in agriculture and inspired activists across the country to push for the creation of the U.S. Environmental Protection Agency.

Back in 1979, there were only four nesting pairs of eagles in Ohio, but thanks to activism and the environmental regulations of the Bald Eagle Protection Act, this iconic species has grown significantly and has made incredible comebacks across the country. As reported in a 2022 Ohio Department of Natural Resources census, there are now an estimated 806 active bald eagle nests in Ohio alone. According to the American Eagle Foundation, bald eagle populations have since stabilized, with estimates of 14,000-15,000 breeding pairs found in the lower 48 states. In 2007, this once near-extinct bird was removed from the Endangered Species list and is now a more common sight across the U.S., even at the Fondriest Field Station.

Whether it’s in a teaspoon of soil, a 72-acre field station, or a nearly 1.5 billion-acre rainforest, there is a unique ecological balance and an incredible amount of biodiversity across the globe. From the tiny Blanchard’s cricket frog to the majestic bald eagle, native species of flora and fauna are vital to maintaining ecosystems and the organisms within them. With so many plants and animals on the brink of extinction, it is more important than ever to protect these species and ecosystems.

The Fondriest Field Station is a good example of how successful individual conservation efforts can be. With the ongoing goal to protect the habitats found within the Field Station and surrounding areas, the Science Team has worked diligently to reverse and mitigate the impacts of urbanization. The naturalists at Fondriest Environmental have spent years documenting the local species. More recently, the team has begun to focus on researching and identifying all recorded species. With this documentation, the team is able to study population levels, target invasive species and get a clear picture on the progression of restoration efforts.

As an individual, it may seem impossible to make a difference; however, there are numerous ways to help the cause. This can include educating oneself and others on the topic, using more environmentally sustainable products, monitoring local water quality through citizen science programs, rebuilding habitats by planting native plants, removing invasive species, voting on environmental issues and protections, or simply picking up litter. Anyone can help in the battle to protect the planet and its fascinating species. 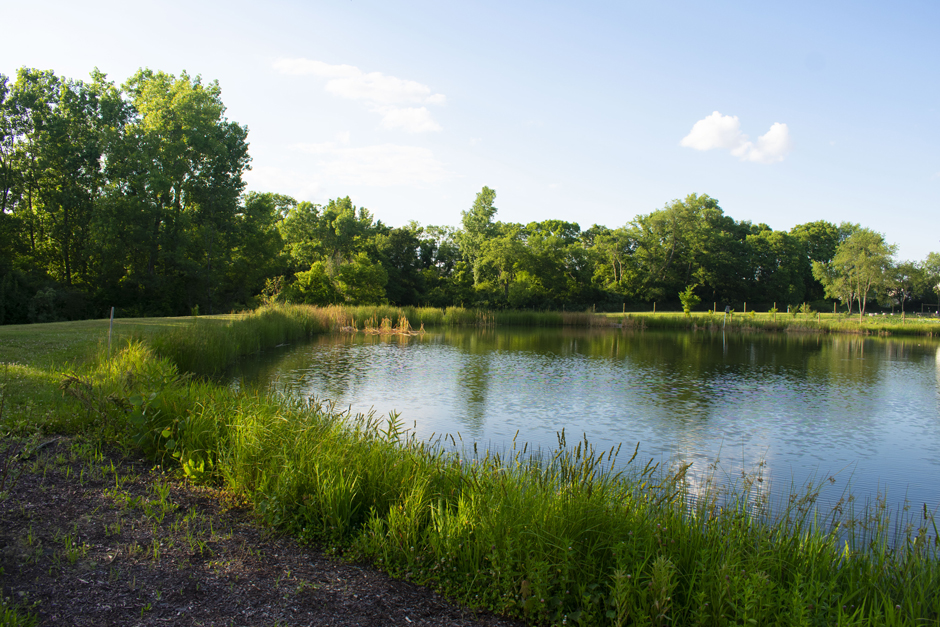