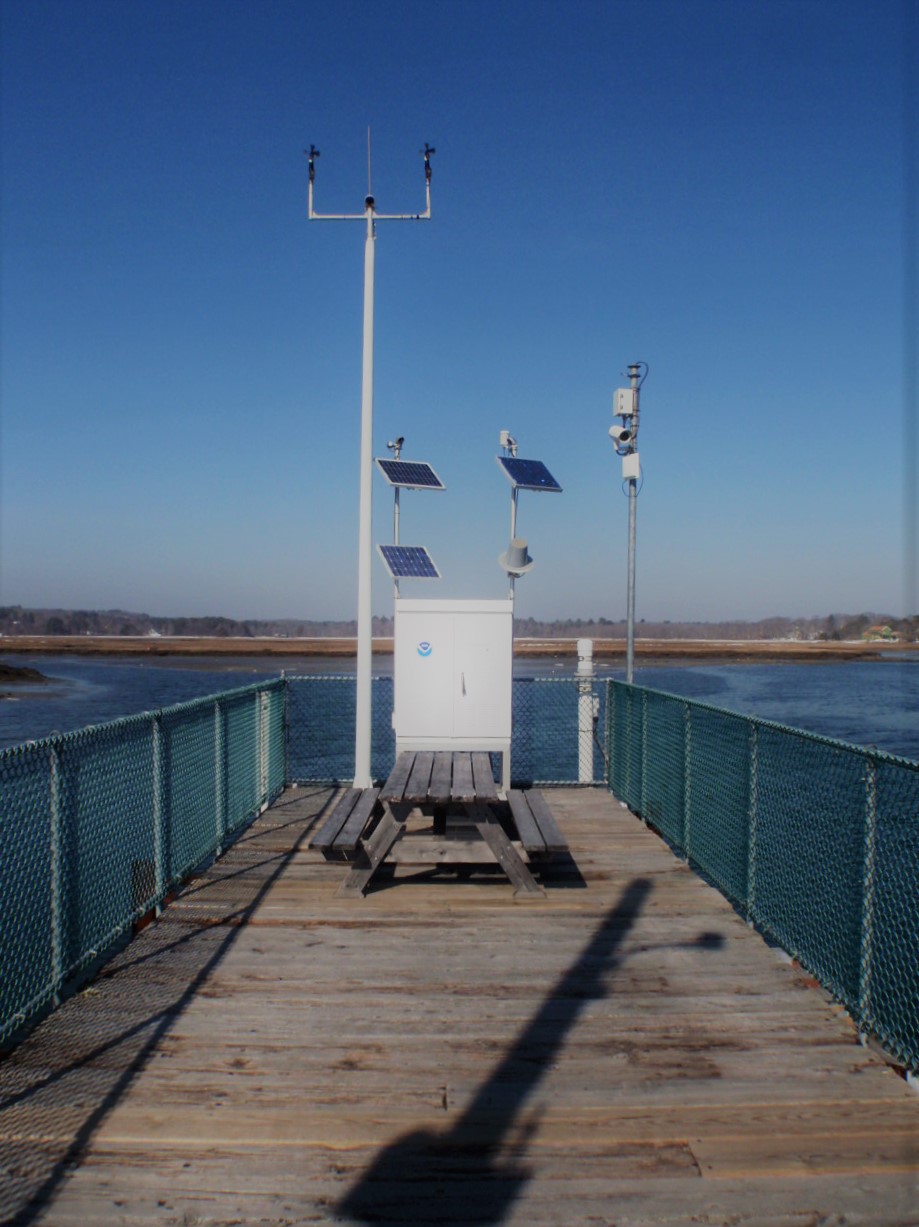 Located in the most populated area of Maine is a 2,200 acre respite where freshwater meets the sea: The Wells National Estuarine Research Reserve (Wells NERR). Once a prosperous agricultural area called Laudholm Farm, known for its purebred Guernsey cows, cream, fresh eggs and roasting chickens, the area fell into disrepair and disuse over time. Concerned citizens banded together to save the area, transforming it into Laudholm Trust, which in several years grew into the Wells National Estuarine Research Reserve, designated in 1986 and part of a larger network of 29 nationally recognized Reserves including sites in Alaska and Hawaii. Wells Reserve is also located adjacent to the Rachel Carson National Wildlife Refuge, managed by the U.S. Fish and Wildlife Service.

“We’re the only NERR in Maine,” explains Dr. Jason Goldstein, Research Director at Wells NERR. “But that’s not the only thing that’s special about us.”

One of the unique features of Wells Reserve is its larval fish monitoring program, boasting ten years’ worth of high quality data. Larval fish monitoring is performed four times a month in Wells Harbor, using stationary tow nets. “We’re not trying to focus on a specific fish species, but rather we are trying to get a sense of species diversity,” says Goldstein. Back in the lab, larval fishes are identified with a microscope. Larval fish species abundance in a catch typically varies from year to year and also season to season. Around 30 fish species are typical, including high value native fish like Atlantic herring and Atlantic cod, but also invasive fish like the black sea bass. “Winter flounder, sand lance and Atlantic herring are a few of the species we see here at Wells,” Goldstein notes.

Crab monitoring is also a notable feature at Wells Reserve. “We’ve seen more green crabs recently, which are considered invasive, and we think they may be contributing to the lower number of soft shell clams, since the green crabs are probably eating their young,” Goldstein suspects.

The System Wide Monitoring Program (SWMP) is an integral part of the research program at the Wells Reserve and is standardized among all 29 NERR sites. At Wells Reserve, there are four long-term water quality monitoring sites where YSI EXO2 sondes are deployed collecting data every 15 minutes. SWMP water quality parameters include: temperature, pH (acidity), turbidity (suspended particles), salinity, and dissolved oxygen. Nutrient monitoring is also conducted at these sites via grab sampling. Those parameters include ammonium, nitrate, nitrite, orthophosphate, and chlorophyll-a. Two of the long-term monitoring sites are located in one part of the estuary (Webhannet River system), and the other two are located in a relatively unimpacted area of the estuary (Little River system). In addition, meteorological data is collected at a National Weather Service station equipped with a Campbell Scientific CR1000 data logger. The station collects 15-minute continuous data on air temperature, wind speed and direction, relative humidity, barometric pressure, photosynthetic active radiation (PAR), and precipitation. Jeremy Miller, Wells NERR research associate, manages the SWMP monitoring program for Wells NERR and serves in a technical support role for the telemetry of this data via the NOAA GOES satellite system. Near real-time data from these stations can be viewed at nerrsdata.org. The Wells NERR also participates in the Marine Invader Monitoring and Information Collaborative (MIMIC) Program. MIMIC is a network of scientists, state agency workers, and volunteers who have been trained to look for invasive species in tide pools, cobble shores, and marinas. MIMIC has 11 partners, 65 sites and over 100 citizen scientists. Jeremy Miller acts as the Maine State Coordinator for this regional program.

When all environmental monitoring is considered at Wells, the Reserve hires both interns and volunteers to help in these efforts. Volunteers include students, retired professors and other interested citizens. Some students do independent study or work on projects of particular interest to Wells scientists. Wells student volunteers include students from area universities such as: University of Maine, University of New Hampshire, University of New England, St. Joseph’s College and Clark County Community College.

Like the current students doing research at Wells, Goldstein also benefits from studying a NERR system in his college years. Goldstein worked on his doctoral research at Great Bay NERR as a Graduate Research Fellow supported by the NERR System. “I’ve only been the research coordinator at Wells NERR for two years, but I’ve done several years of research in the NERR system,” he says.

In terms of research trends over the years, Goldstein has seen booms and busts of some species like green crabs. “You can see a big die off of a species, like they saw with marine sponges in Florida, and they can die off quickly. However, they can come back later and mushroom just as quickly. There are intense occurrences. That’s just the cycle. Having said that, we have seen many more green crabs than usual lately, and this is even considering the boom/bust cycle. The current trend sticks out even if you look at data from the past 100 years.”

In addition to some observable trends, Wells NERR has also given researchers occasional surprises. “One time we were tracking some trout using acoustic telemetry sensors,” Goldstein recalls. “It was the end of October last fall, and we had a huge rainfall. We may be having more of these intense rainfalls due to climate change, so incidents like this may be more common in the future. Anyway, we had a huge rainfall, and over 48 hours we saw all the fish we were tracking leave the estuary and go out into the sea. They were all gone, every one, and could not be tracked anymore. If they came back, it was after their tags would have expired. So we don’t know if any came back. We weren’t expecting to lose all those fish so quickly.” Recently, Wells NERR has begun experimenting with cutting-edge technology that they hope will help them identify the spread of invasive species more quickly and accurately than ever before. They have been experimenting with environmental DNA (eDNA) techniques, which require only small amounts of cells sloughed off into the environment from a creature of interest. Captured in an environmental sample (typically a water sample), the eDNA can be amplified using real time PCR and the creature can be quickly identified and flagged as a potential emerging threat, even if the eDNA of many other creatures appear in the same environmental sample. “The green crab is an example of an invasive species we could use eDNA to monitor,” says Goldstein. “There are also many migratory fish that we could track this way. It’s potentially easier, faster, more accurate, and more convenient than any other tracking methods we’ve used before.” The emerging eDNA work is being conducted through partnerships with the University of New Hampshire and the University of Maine.

In addition to the eDNA work, Wells NERR hopes to do more studies on the effects of ocean acidification on shellfish. Goldstein says, “Our system is part of the Gulf of Maine, and shellfish are really important to everyone here. Ocean acidification is a real threat, and we would like to understand its effects better.”

“Wells NERR is a great place to be,” Goldstein emphasizes. “There’s always new research going on, and it’s a special place that’s undeveloped in the middle of the most populated area of the state. We have everything from old growth forests here, to salt marshes to freshwater bogs. We have some really great undeveloped coast here. The onsite research reserve is really nice, a living laboratory of sorts. I encourage people to come visit the Wells NERR and experience everything we have to offer.”