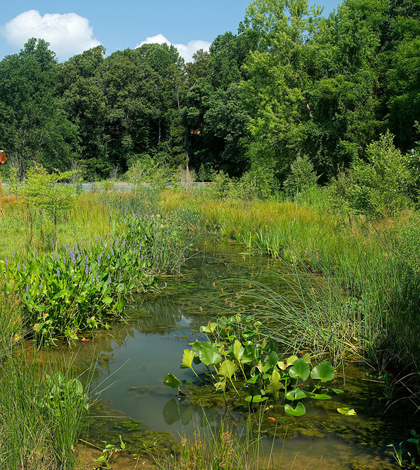 A lot goes into restoration projects for streams and wetlands. In the lead-up, there is planning to make sure everything goes forward how it needs to for achieving desired results. But during, and even years after, project managers have to keep studying restored wetlands and streams to ensure that they are still behaving as needed.

The folks at RK&K, an engineering consulting firm, know this well. In numerous projects, they use In-Situ Rugged TROLL 100 Water Level Loggers and BaroTROLL Barometric Pressure Loggers to gauge changes that are happening and respond to them accordingly.

The loggers help the RK&K team to model groundwater elevations at existing or proposed wetland creation sites. They’re also used in monitoring surface water at stream restoration sites, as well as for gauging stormwater elevations at management ponds that are used in assessing hydraulic performance after construction is finished.

“We are measuring water elevations, either to determine the correct designed surface elevations at proposed sites, or to determine if the sites were constructed to the correct elevations,” said Mike Schening, project scientist at RK&K. “Numerous members of our natural resources team use these instruments and the resulting data.”

Schening says that the team has several years of post-construction data on groundwater from various wetland mitigation sites. The information has allowed company engineers to assess the stormwater and groundwater hydrology at different sites to make sure installations are functioning as they were designed.

“(We use the data) to help us design wetlands, stream restoration projects and stormwater management facilities by allowing us to better understand the existing stormwater and groundwater elevations throughout the year so we can design our sites to interact with the existing hydrology appropriately,” said Schening.