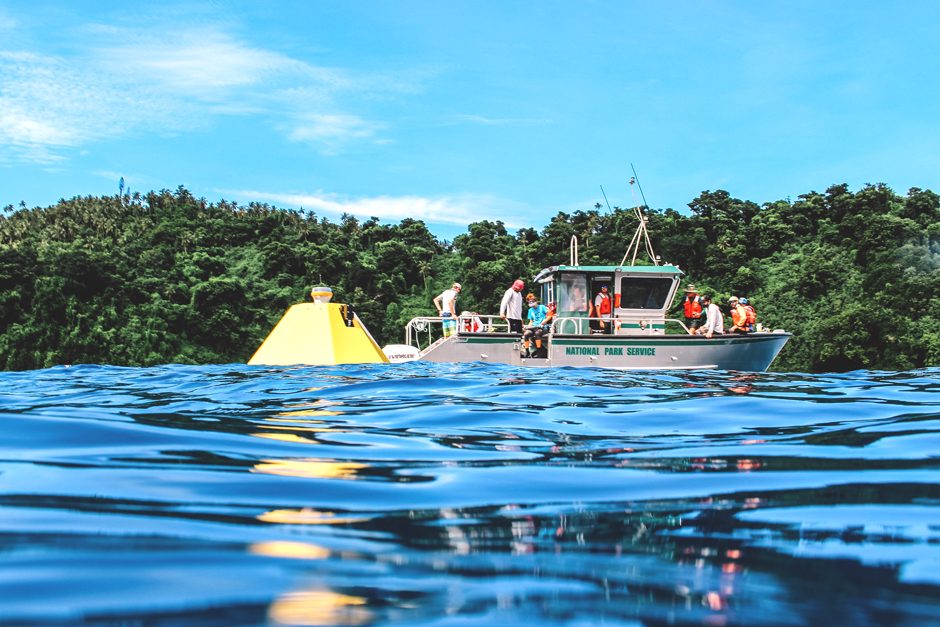 The National Oceanic and Atmospheric Administration (NOAA) and the Pacific Islands Ocean Observing System (PacIOOS) at the University of Hawaiʻi at Mānoa, in collaboration with other partners, recently deployed a new ocean acidification (OA) monitoring site in Fagatele Bay National Marine Sanctuary, American Samoa. Derek Manzello, a coral ecologist with NOAA’s Atlantic Oceanographic and Meteorological Laboratory (AOML) in Florida, is the lead PI of ACCRETE: the Acidification, Climate and Coral Reef Ecosystems Team at AOML. Dr. Manzello connected with EM about the deployment.

“ACCRETE encompasses multiple projects that all aim to better understand the response of coral reef ecosystems to climate change and/or ocean acidification,” explains Dr. Manzello. “We work to provide information to assist coral reef management and restoration, and this includes better understanding threats like OA.”

Much of these efforts focus on the in situ climate change and OA monitoring work that takes place as part of the National Coral Reef Monitoring Program (NCRMP), co-funded by NOAA’s Coral Reef Conservation Program (CRCP) and Ocean Acidification Program (OAP).

“NCRMP has a tiered monitoring approach whereby we are taking a lot of measurements across a large spatial area at a low temporal frequency, but are taking many, high-resolution measurements at a high temporal frequency from select key sites,” details Dr. Manzello. “The NCRMP plan calls for three class III or ‘sentinel’ OA monitoring sites in the Atlantic and Pacific.”

There are two operational sites in the Atlantic in La Parguera, Puerto Rico and Cheeca Rocks in the Florida Keys. Prior to the deployment of the buoy in American Samoa, there was only one sentinel site in the Pacific: in Kaneohe Bay, Oahu, Hawaii.

“I’ve managed the Cheeca Rocks buoy since 2012, while other partners manage the other buoys,” Dr. Manzello describes. “I led the installation of the buoy in Samoa because of my experience with the buoy in Florida, but the project will now be led by Chip Young at PacIOOS, which is based out of Hawaii.” 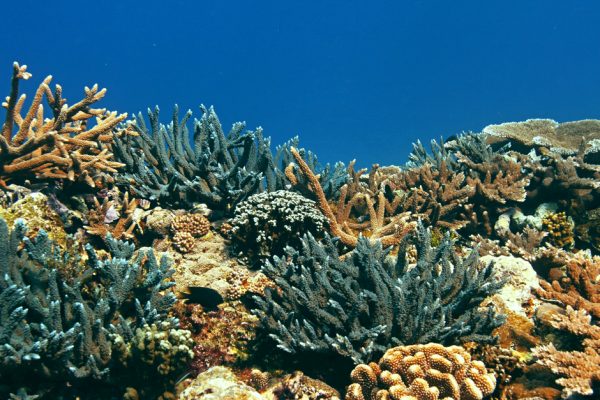 “First, there is the physical monitoring of seawater carbonate chemistry, which is in part achieved with the MAPCO2 buoy, that has the goal of determining the magnitude and rate of ocean acidification on US coral reefs,” states Dr. Manzello. “We have a robust understanding of the rate/magnitude of OA from open ocean time-series data (BATS, HOTS), but the coastal environment and especially coral reefs have seawater carbonate chemistry dynamics that are highly variable both diurnally and seasonally. Thus, we still do not have a solid understanding of the rate and magnitude of OA in nearshore environments like coral reefs.”

Fagatele Bay itself is a place more than 160 species of coral call home, along with dolphins, many species of fish, giant clams, and the critically endangered hawksbill sea turtle. The team selected the specific sentinel site for the buoy based on a range of factors.

“First, it’s important that there are historical and ongoing long-term monitoring of benthic cover,” states Dr. Manzello. “It’s important to have a baseline by which to gauge future change, as well as to understand how things have changed in the past and responded to other stressors like coral bleaching.”

Benthic monitoring has been conducted in Fagatele Bay, part of the National Marine Sanctuary of American Samoa, since the 1970s. This longer-term monitoring highlights a second key consideration Dr. Manzello points out: experts expect the effects of OA to be subtle over time, and manifest as declines in coral reef calcification, with simultaneous increases in coral reef bioerosion and dissolution.

“To be able to document these changes over time, we need to pick sites that have limited impacts from secondary disturbances that might confound the ability to detect an OA signal,” remarks Dr. Manzello. “For example, you wouldn’t want to put an OA monitoring site next to a sewage outfall; that is going to have significant negative impacts on your reef, and you will likely never be able to document an impact from declining oceanic pH. Fagatele Bay has extra protection from other possible stressors and direct human impacts.”

Finally, the MAPCO2 buoy itself will require regular sampling, refurbishment, and maintenance—and available local resources to ensure that happens. 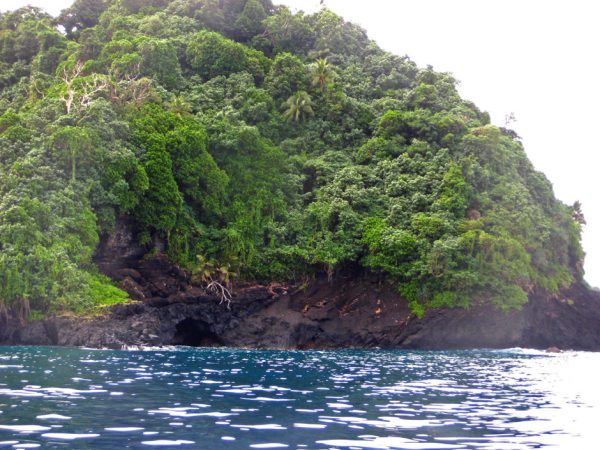 Initial deployment plans for the buoy were delayed two months due to the government shutdown and to engine trouble with the shipping vessel en route from Honolulu. Due to this, Dr. Manzello reports that the deployment was a logistical challenge thanks to suboptimal weather and rough seas. However, with the help of local commercial divers and the efforts of partners Chip Young and PacIOOS, the deployment was successful.

“Also, we are able to measure total alkalinity and dissolved inorganic carbon, two variables that are not measured on the buoy but are part of the carbonate system,” adds Dr. Manzello.

Meanwhile, these data are reported to the public in real-time. This way, reef managers, scientists, and anyone else can follow CO2 trends and patterns through time, adding their insights.

“The seawater CO2 system of coral reefs can be highly variable from day-to-day and across seasons, so it’s necessary to take long-term, high-quality measurements with high accuracy and high precision at a high temporal frequency so that we are able to determine if coral reef environments are experiencing OA at the same rate and magnitude as what has been shown in the open ocean, where there is far less variability,” remarks Dr. Manzello. “The MAPCO2 buoy takes measurements every three hours and internally calibrates its reading, thus providing accurate data at a sufficient frequency. However, to truly understand the impact of OA on coral reefs, the physical monitoring that is provided by the MAPCO2 and ancillary environmental data must be paired with biological monitoring to understand the impact of changing chemistry on coral reef ecosystems. Otherwise, it’s just an expensive chemistry experiment.”