To Protect and Preserve: Environmental Monitoring Central to Mission of Chesapeake Bay 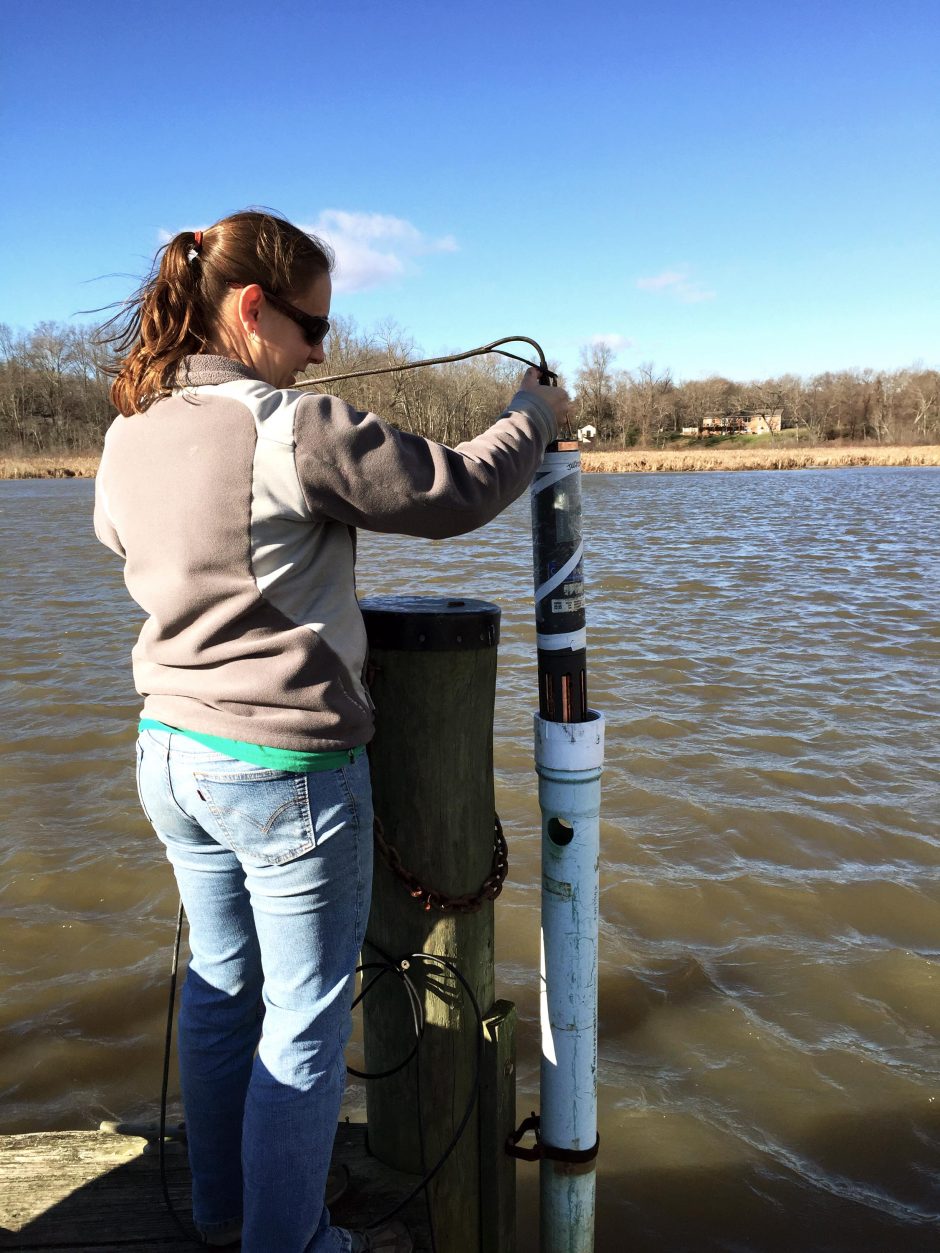 In her 30th anniversary speech about the Chesapeake Bay (Maryland) NERR, Jenn Raulin of the University of Maryland, Chesapeake Biological Laboratory, had this to say about the NERR:

“CBNERR-MD is one of twenty-nine Research Reserves across the Country and along with just a handful of other Reserves is comprised of multiple sites. Former Deputy Secretary Frank Dawson who was acting manager of CBNERR-MD at the time of designation provides some insight, ‘The vision of the Reserve program in Maryland was to have multiple components that would reflect the diversity of the estuarine systems of the Chesapeake Bay, allow us to monitor change, research pressing issues, and provide opportunities for hands-on educational experiences.’

The National Oceanic and Atmospheric Administration designated Maryland’s first component in 1985. Monie Bay in Somerset County was chosen to represent the Middle Bay environment of the Eastern Shore. In 1990, two other components were designated: Jug Bay in Prince George’s and Anne Arundel Counties and Otter Point Creek in Harford County. The sites represent a Western Shore tributary and an Upper Bay system respectively.

Monitoring and research is the cornerstone of the Reserve program. All 29 Reserves participate in what is called the System Wide Monitoring Program or SWMP (pronounced ‘swamp’). Since all Reserves collect the same data, SWMP can be used to paint a picture of what is happening at the national level as well as what is occurring locally. SWMP collects weather, water quality, and habitat information which can be used together or in conjunction with other research projects to understand how our environment is changing. Maryland Department of Natural Resources (MDDNR)’s John Zimmerelli, who’s been affiliated with SWMP since 2003, values the data to ‘understand stressors of pollution, climate, and subsidence; track storms and their impacts, and to follow status and trends over time as well as on a daily basis.’

Mark Trice, MDDNR’s Program Chief, Water Quality Informatics, who understands firsthand the scarcity of resources for monitoring, also values the rarity of this long term data set. ‘NERRS has been a stalwart source of information, providing an unbroken record to evaluate water quality conditions.’ CBNERR-MD’s continuous monitoring data, which is collected every fifteen minutes is available to the public on MDDNR’s Eyes on the Bay website or through the Centralized Data Management Office (CDMO). The Reserve components are also home to a number of research projects. Research is conducted by CBNERR-MD staff and visiting scientists on a number of topics including: how vegetation reacts to increased flooding, effectiveness of marsh restoration, and understanding the wave reduction properties of these systems.”

John Zimmerelli, a biologist with MDDNR since 1999 and with the Chesapeake Bay National Estuarine Research Reserve (CBNERR-MD) since 2003, understands firsthand the importance of long-term monitoring in our waters. “We do our part to protect and preserve the Chesapeake Bay system for the public to enjoy. Through monitoring and making our data accessible, we include the public in everything we do. We want them to feel a sense of ownership for the Bay,” he explains. “They are very involved.” A critical part of protecting and preserving the Bay is keeping tabs on the pulse of the Bay, giving a sense of its health and alerting researchers and the public to potential issues. Just how people track weight, blood pressure, and steps per day to monitor health, environmental monitoring allows scientists to track the health of our environment and take interventions if needed.

The National Estuarine Research Reserve System (NERRS) is a network of 29 coastal sites designated to protect and study estuarine systems throughout the United States. NERRS is a partnership between the National Oceanic and Atmospheric Administration (NOAA) and Coastal States and territories. In Maryland, the NERRS system was established in 1985. These reserves bring together five key components: Management, Research, Education, Stewardship, and Coastal Training. Each Reserve is responsible for four core water quality sites and one meteorological site.

Zimmerelli’s colleague, Stephanie Hall, performs the Quality Assurance of the data for all the SWMP sites. “After analyzing the data for more than a decade, it’s fascinating to observe the shifts in water quality at each station,” she shares. “Some sites have experienced improved quality, while others have unfortunately shown some degradation. Having such an extensive data set has allowed me to intimately learn what is typical for each station, helping me to discern when there is an anomaly, perhaps due to a major storm or a change in the inputs that influence each site. Tracking such changes is crucial for understanding how our human behavior, such as development and improvements to wastewater treatment facilities, directly impacts our environment, both positively and negatively.” Data are uploaded to the NERRS Centralized Data Management Office (http://cdmo.baruch.sc.edu/) and DNR’s “Eyes on the Bay” website (www.eyesonthebay.net) and are readily available for researchers and the public. State-wide, MDDNR maintains 35 monitoring stations in cooperation with Federal, State, local, and non-profit agencies. Zimmerelli says, “Data are used to assess the health of the Bay and give managers the tools to make best management decisions with Maryland’s natural resources.”

Over the years they have seen changes and impacts to the Bay. One of the sites in Jug Bay on the Patuxent River has seen a decline in SAV, says Zimmerelli. “In the summer, the SAV used to range from shore to shore at our site, but now there is very little coverage. We see these impacts directly as the water has become more turbid without it.” Hall also notes impacts she sees in the data during large storm events. “Over the last several years, the Bay has experienced many major storm events, including Hurricane Sandy, Tropical Storm Lee and 10 and 100 year storms,” she mentions. “Each of these events resulted in sudden and significant increases in runoff and turbidity, the impacts of which may persist for months or even years.”

Researchers have also noticed some invasive species have moved into the reserve. One such invasive fish that has been spotted is the Northern Snakehead. Because there are no natural enemies of this fish, they are apex predators and outcompete many native fishes. “It is hard to compete with a fish that reproduces rapidly and can live out of water for up to four days,” says Raulin. Once established, there is little that can be done to control them.

Despite challenges, the Bay endures. Chesapeake Bay Maryland NERRS continues to hold the fascination of many. “I like how we have different components here, going from freshwater all the way to salt marsh. There’s also a whole geographic range from upland woods to coastal plains,” says Zimmerelli. “The community here around Chesapeake Bay Maryland is also great. It’s amazing to see how we all are like-minded in meeting our Reserve goals, even though we are different people with different backgrounds.”

It is the many people coming together to protect and preserve the Chesapeake Bay that really impress Zimmerelli. “A big strength we have here is the cooperation among so many different organizations, groups and partnerships. We are lucky to have the federal and state government, county and non-profit partners that work together. It’s fantastic to see so many stakeholders coming together for a singular goal.”