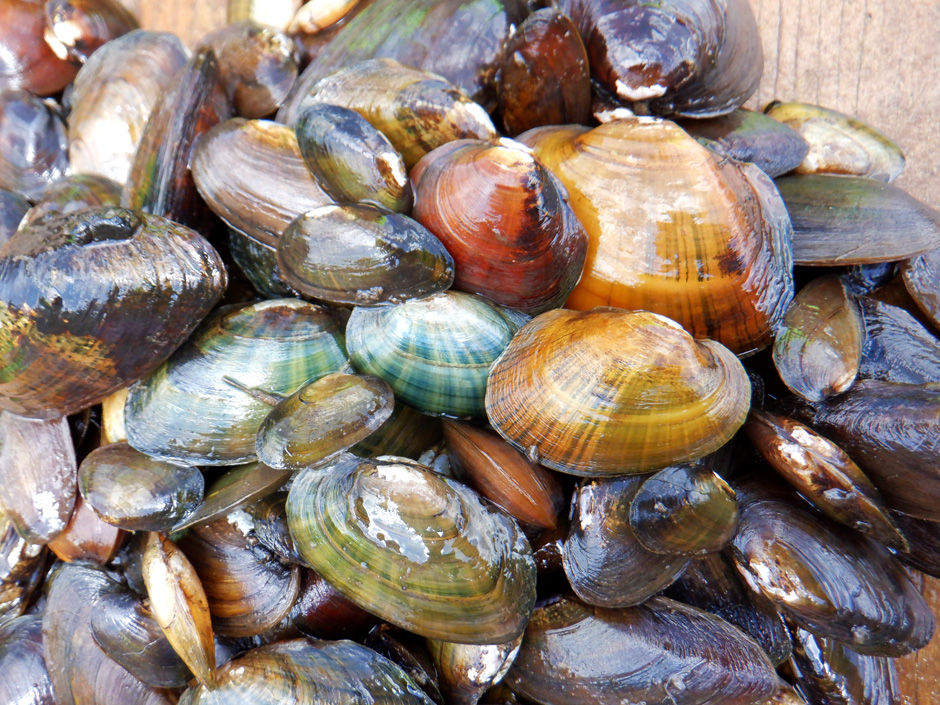 *This is part one of a two-part story on endangered mussels. To read part two, click here*

Though few people pay any mind to the occasional “clam” shell spotted along a river bank or lake, these small but mighty creatures are deeply important to water systems across the United States, and many of them are federally and state endangered. Greg Zimmerman of EnviroScience, Inc. shares, “We have about 300 species of mussels in the U.S., compared to other regions of the world like Europe that have under 20 species.”

Zimmerman spent his life around water and always knew he wanted to return to help protect aquatic ecosystems. “I’ve always had a love of water, since I was 2. I grew up on an island in Buckeye Lake in Ohio.” He further recalls, “I essentially grew up on boats—motorboats, sailboats—all summer I was around water and fishing.”

Biology was an easy choice when he arrived at Hiram College for his undergraduate career. However, he found that the program was too focused on pre-med student needs and crafted his own major focusing on biology and water ecology, “I love fishing and biology so being around water was always my passion.”

“When I’m working on a project and I hear locals say, ‘why do I care about mussels in my backyard? Why is money being spent on these mussels? Why does it matter?’ I tell people, that mussels being there means that the place you live in is a good place,” Zimmerman responds. “Mussels are bio indicators of long-term water quality—really long term. These things can live over 100 years. If your area hasn’t been disturbed in a long time and the water is clean, then you’ll find mussels there, and that means you want to live there, and that really equates to better property values.”

More than their ability to indicate water quality, “They’re important because they’ve been around for a while—dinosaurs were crunching these guys under their feet,” says Zimmerman.

Zimmerman reports, “They’ve been around for millions of years, and they’ve diversified over millions of years.” The diverse assemblage of freshwater mussels in the U.S. gives conservationists and ecologists something to appreciate, but their niches also often conflict with human-driven environmental changes.

Unfortunately, human development and landscape changes within North America have and will continue to overlap with the highest diversity of freshwater mussels. According to Zimmerman, “You look where endangered mussel species are in regard to the human population and projected growth, and there is a lot of overlap—wherever cities and agricultural uses grow, mussels often disappear due to habitat changes, water quality degradation, and competition for resources like the amount of water flowing downstream.” 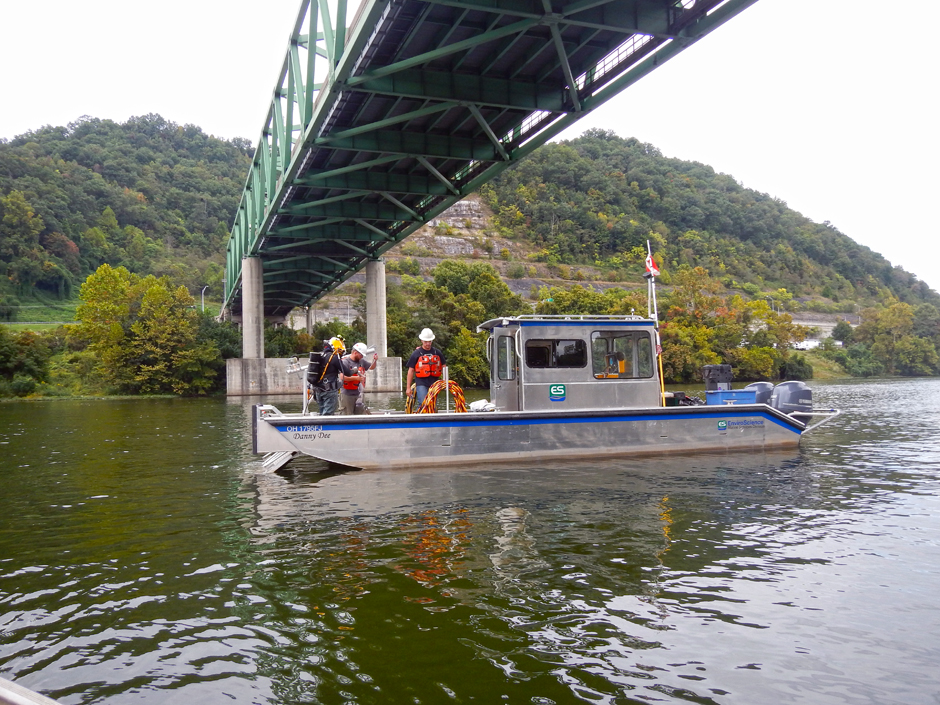 Native freshwater mussels are often considered “Ecosystem Engineers” and function as filtration devices in ecosystems. They are so efficient and effective that if placed in a tank of murky water, a cluster of mussels can clear the cloudiness within a few minutes. “They filter out food and particulates and after they process it, a lot of the material is still alive and just swims away. The other materials are put into more types of nutrients that are available for productivity—like invertebrates.” explains Zimmerman.

“In a really densely populated mussel stream at low flow, the flow of the river might be filtered through a mussel 3 or 4 times the discharge rate of the stream,” shares Zimmerman. While native freshwater mussels filter efficiently and help their ecosystem, invasive zebra and quagga mussels over-filtrate water and create many other problems.

Unfortunately, over-filtration harms ecosystems by enabling increased algal blooms and shifting the entire food web. While native mussels often release living organisms after digesting them, zebra mussels release their digested material in a mucus sac which kills anything trapped inside and covers the native substrates in sludge. The released materials also sink and accumulate heavy metals in the sediment.

For example, the introduction of zebra/quagga mussels in the Great Lakes killed off most of the native mussels (hence why many Midwest species became endangered). Zebra/quagga mussels changed the food web from productivity primarily being in plankton and algae in the water column to the bottom of the lake with aquatic plants and invasive/undesirable algae – and the hard substrates became covered with zebra mussels.

Then, the introduced round goby feed almost exclusively on zebra/quagga mussels that filter water laced with contaminated sediments at the bottom. Those are, in turn, eaten by smallmouth bass and other sport fish, adding problematic contamination in fish that are important for human consumption.

Essentially, “Zebra mussels are making a big sludge bed at the bottom of the lake that is loaded with heavy metals. Conversely, freshwater mussels are mixing the sediments up in the stream bed and actually making everything more suitable for macroinvertebrates, creating better water quality for themselves, and increasing fish populations,” Zimmerman clarifies.

What Does the Endangered Species Act do for Freshwater Mussels?

Some mussels are protected federally under the Endangered Species Act, while others are protected state-by-state. The ESA requires very specific expectations and guidelines for construction and other activities with a federal nexus in areas where endangered species may be impacted. Then the action has to be evaluated by the federal government, typically the U.S. Department of the Interior/U.S. Fish and Wildlife Service (USFWS), as to if the project is likely to have an adverse effect or jeopardize the continued existence of the species.

Zimmerman explains that navigating the Endangered Species Act can often be confusing and complicated—making EnviroScience’s work all that more important. “We try to help make everything as efficient as possible because it can be frustrating when somebody has a project that is delayed for a year or more if a client isn’t prepared for the process and what pieces of information may be needed.”

The ESA protects endangered species while allowing for projects to proceed as long as they have the right combination of avoidance and conservation measures. Unfortunately, the practical implementation of these standards is a bit more complicated. Furthermore, the process can become more complex depending on the state the activity is occurring in. “The endangered species act is a powerful piece of legislation and we work with our clients to help them navigate through the process because, even though it is a federal regulation, it depends on the state USFWS field offices that are administering it,” Zimmerman elaborates.

Zimmerman’s work extends far beyond the Endangered Species Act and can be very time-sensitive. Every project is a challenge, and Zimmerman’s work involves people as much as it does endangered species. “We’ve had some things be related to emergency-response or a deadline—meeting that and having the client and the resource agencies be happy makes it challenging and rewarding.”

According to Zimmerman, regardless of time constraints, complex resource management, or high-pressure situations, delivering on everything makes environmental conservation worthwhile. “I love the challenge of a big project.” Protecting native freshwater mussels and working around water is the perfect challenge for biologists like Zimmerman. 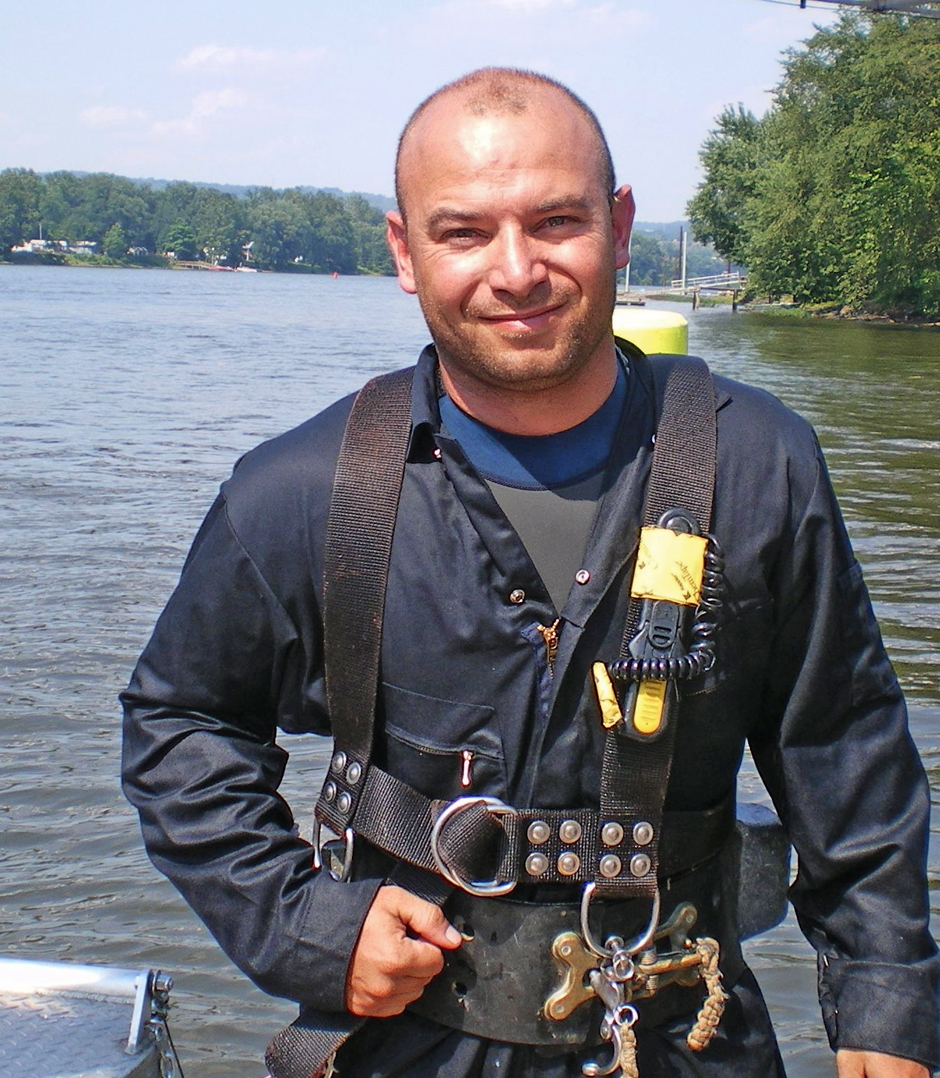