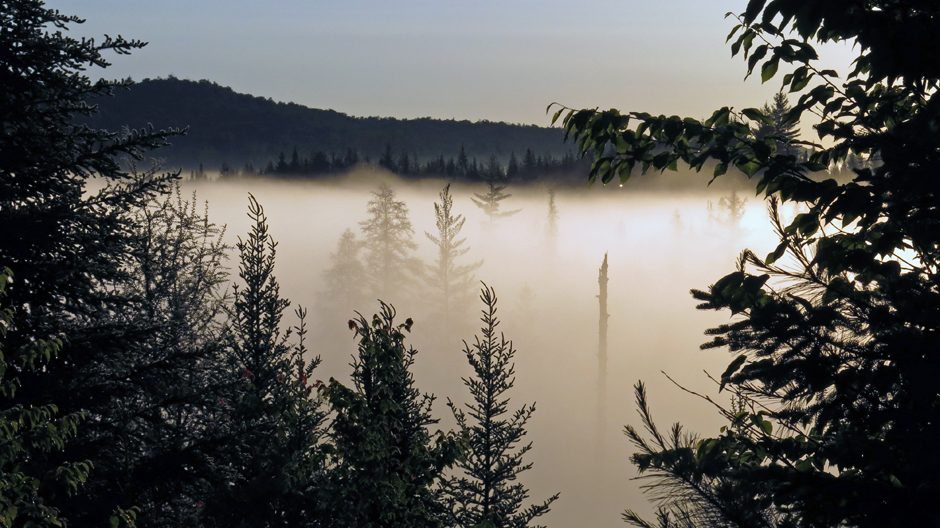 “Our region, the northern forest region that stretches from the Great Lakes to the mouth of the St. Lawrence River, has the highest bird diversity outside of the tropics,” says Steve Langdon, Director of Shingle Shanty. “Some of the birds we have are more typically found much further north, distributed all the way up to the Arctic Circle.” Langdon has 25 years of experience working in the Adirondacks. He has worked at Shingle Shanty since 2009 and has an MS degree in Ecology from SUNY, College of Environmental Science and Forestry.

“Shingle Shanty is a truly unique place,” Langdon says. “Many of the species here are living at the edge of their environmental tolerances. There are intersections of environments you just don’t typically see elsewhere, and as a result, there are intersections of animal and plant communities that are exceptional, and as a result, Shingle Shanty has unusually high biodiversity.”

Shingle Shanty is located in a very remote part of the Adirondacks. “Adirondack Park is the largest state or national park in the continental U.S.,” says Langdon. “It’s about six million acres.” While Shingle Shanty is accessible by car, it can take hours to reach. “It’s in the middle of a vast wilderness. It’s perfect especially for people who want to do bioacoustic research. There’s no human background noise to speak of, no cars honking, no pet dogs barking, and you’re not even likely to pick up two people having a conversation. Just no human noise at all” says Langdon. “We’re about 14 miles from the nearest public road.” 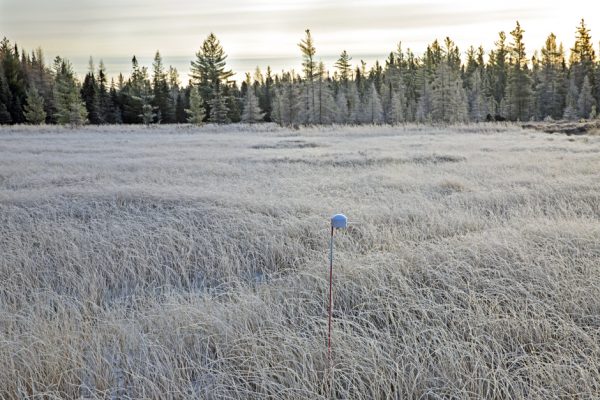 Shingle Shanty focuses primarily on biodiversity studies and education. Many types of data are collected, with an emphasis on air temperature data. “We have large boreal peatland complexes. These are wetlands where carbon soils accumulate because plant decomposition is slowed from the cold, wet conditions. These conditions also contribute to the biodiversity by favoring habitat types that are attractive to boreal bird species,” Langdon explains. “The highly diverse ecosystem we have is also very sensitive to environmental changes. Climate change can really disrupt an ecosystem like this one.” One concern in the area is atmospheric deposition of nitrogen, i.e., acid rain.

One of the major goals at Shingle Shanty is to develop an understanding of how vulnerable the species of SSPRS are to climate change. Will some of them be resilient in the face of climate change effects? If so, how resilient will they be?

Cold air sinks into Shingle Shanty watersheds, which has a big influence on the kinds of plants that appear in the habitat. One research question is whether changes in temperature due to climate change will affect the peatlands that are accustomed to the cold. Air temperature data loggers in the peatland show that the length of the growing season can be as little as 19 days long.  While temperature data collected at Shingle Shanty is compared with spatially modeled temperature data sets like PRISM (PRISM Climate Group, Oregon State University), there is a big difference: PRISM estimated a 120 day growing season for the same location, the same year. 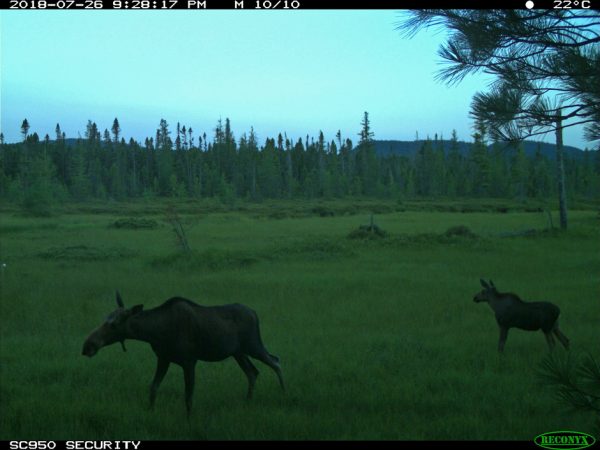 “Because of these microclimate phenomena, some peatlands are likely to be better equipped to deal with climate change than others,” says Langdon. “The areas positioned in good cold spots will be better at dealing with climate change. Those areas will be refugia (refuges) for species due to their topographical positions.”

Another factor to consider with coming climate change is the fact that the peatlands are currently acting as large carbon sinks. “About a third of global terrestrial carbon is stored in northern peatlands like those at Shingle Shanty,” Langdon notes. “They’re huge carbon sinks, but as the climate changes that carbon will get released back into the environment. New York State is the southern distribution of these systems. The peatlands are already living at the edge of their climate tolerances, and are good places to study how carbon sequestration may change.”

“We also measure the duration of the snowpack,” Langdon adds. Temperature data loggers get data at the surface of the ground year round, and as soon as the snow melts. “We can see a big diurnal temperature difference,” says Langdon. If the daily max to daily min difference equals zero, that is also a good sign there is snow covering (and insulating) the data logger. If there is a big change in the daily min to daily max, that means the snow has melted. 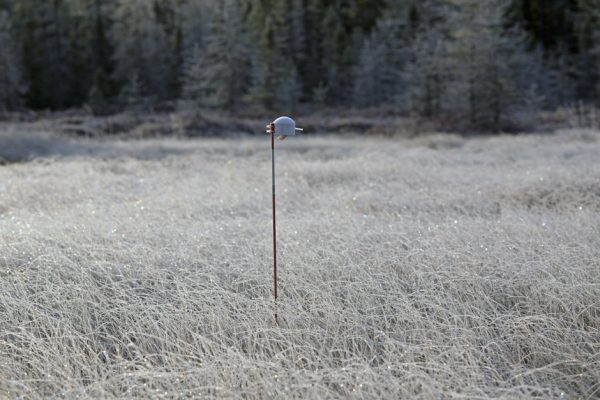 Shingle Shanty has two HOBO U30 weather stations to measure temperature, precipitation, wind speed, barometric pressure, and photosynthetically active radiation (PAR). Hobo Pendant loggers are used in the peatland. “They’re pretty tough. We had a HOBO sensor still operating well at -41°C at one of our sites,” says Langdon. “We have a couple upland weather stations here, but we don’t have any in the peatlands currently.” YSI meters are used for pH. HOBOs are also used for groundwater level in the peatlands and absolute pressure data. “With these data we are able to monitor important environmental variables (e.g., evapotranspiration) that influence the vegetation and thus boreal bird habitat,” Langdon notes.

“One of the things we’re trying to understand is whether warmer temperature is influencing trees encroaching into open areas of the peatlands, changing the bird habitat,” says Langdon.

Shingle Shanty also has many animals and plants of interest, some of which have been observed to be in decline. According to research by Dr. Michale Glennon, Science Director at the Paul Smith’s College Adirondack Watershed Institute, eight out of ten boreal bird species are declining rapidly in the Adirondacks[1]. “For instance, between 1980 and 2000, there was a 90 percent decline in the rusty blackbird population,” Langdon notes. In the peatlands especially, bird numbers are dropping. In addition to the rusty blackbird, the Adirondacks are also home to the boreal chickadee, the black-backed woodpecker and the olive-sided flycatcher. There are also many warblers, such as Yellow-rumped, Tennessee, Cape May and Nashville. Other notable birds include Lincoln’s sparrow, Canada Jay and scarlet tanager. “The expected response of the avian species to climate change is that they are moving northward or going up the slopes, as the higher elevations are colder,” Langdon mentions.

Some of the unique plant species in Shingle Shanty include the carnivorous pitcher plant and the sundew, both located in acidic, boreal environments that lack nitrogen. To get nitrogen, the plants trap bugs and consume them. Other flora includes a wide variety of northern species of sedges, shrubs and black spruce. “We also have trail cameras that catch moose activity,” he adds. 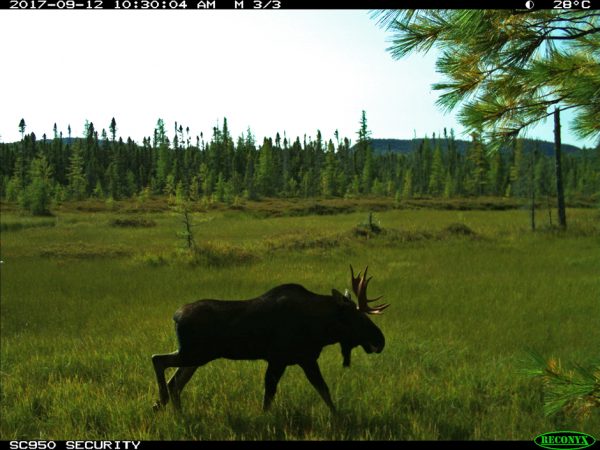 In the fall, Langdon introduces ecology and environmental science students from regional universities to Shingle Shanty Preserve. “We collect field data on vegetation, animals, and environmental factors with students from universities like the State University of New York College at Plattsburgh and Clarkson University,” he says. Shingle Shanty provides a unique and remote setting for education that teaches students how to work outside and to collect, analyze and interpret ecological data. About 20 undergraduate students participate in short field courses and a number of graduate students have used the Preserve for their Research.

In his position at Shingle Shanty, Langdon has been surprised from time to time. “In the summer of 2014, there was only a 19-day growing season, compared to a more typical 32. It’s also surprised me that there’s frost every month in this environment. The temperatures I see are much lower than spatially explicit models would suggest. On the other hand, sometimes the temperatures I see are much higher than I would expect,” he says. “Being able to monitor environmental variables like temperature at a scale that informs the management of peatland ecosystems in the Adirondacks is really important. Our goal is to develop a baseline to understand where these systems are before they change.”