So Far Yet So Close: Remote Sensing at Everett 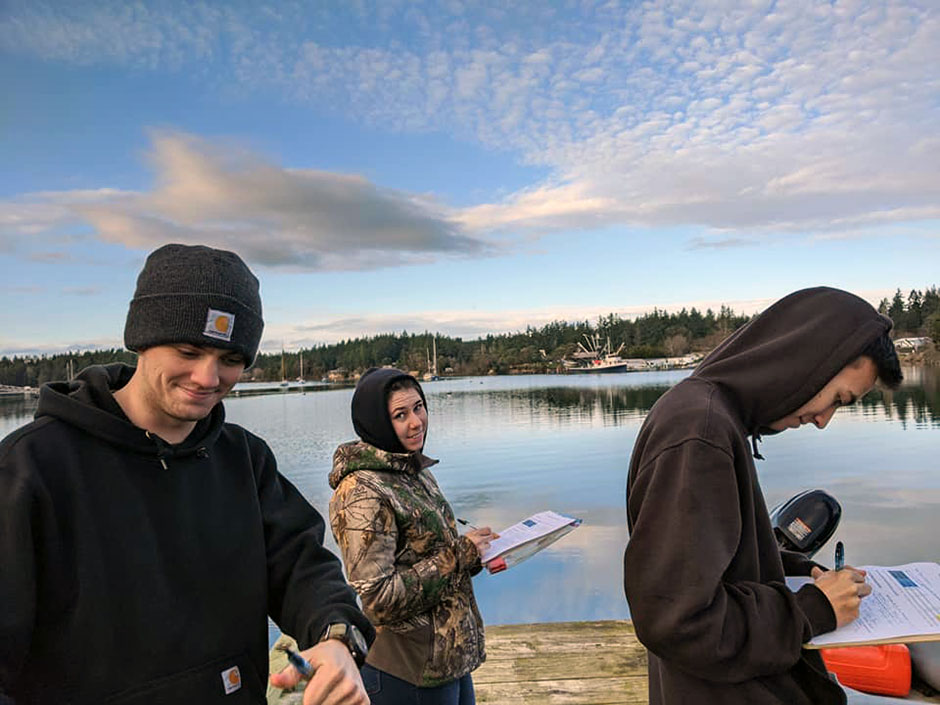 Kerry Lyste, Faculty in Geography at Everett Community College in Washington State and Tribal Historic Preservation Officer at Stillaguamish Tribe of Indians, believes in the importance of undergraduate research. “Undergraduate education has a role in creating social change. Being able to get students to think about issues and research methods earlier is the key to solving problems earlier,” he says. His education specialty is remote sensing: the science of studying an area or object at a distance, usually by plane or satellite. He has spent many years transferring his enthusiasm to his undergraduate students.

Lyste started working at Everett Community College part-time in 2000, later moving to full-time. His adventures in the remote sensing arena began in 2007 with an iGETT joint NASA/USGS project funded by National Science Foundation, to teach community colleges about remote tech across the country. “I taught about remote sensing for two years, and integrated remote sensing into what I taught and everything I did. The goal was to expose people to this tech prior to graduate studies. Being introduced to remote sensing platforms, Landsat imagery, and classifications of different types of research input made students comfortable with a remote sensing environment,” says Lyste.

In terms of what data is collected remotely and what kind of equipment is used, Lyste says it is mainly Landsat imagery data used in the labs along with GPS water quality data in the field, though he also taught a physical geography class and realized the class needed more connection to the outside world. To add that connection, Lyste created labs and incorporated field trips. For 21 locations across Puget Sound, Lyste’s class gathers data on water quality, pH, dissolved oxygen, salinity, and conductivity. The collected data is expected to help answer the question of how Puget Sound is being affected by human development and changes in the environment, such as ocean acidification. Currently, about 15 years of data has been collected. The equipment used, such as GPS, YSI meters, and a photometer, have changed over time and gradually become more sophisticated and more accurate.

One surprising student research project was using local Mt. Whitehorse Landsat imagery from 1992-2003. The purpose of the data was to measure snow surface area and look at climate change. “While the June imagery was always the low point of the snowpack, from 1992-2003 we actually saw a 25% increase of snowpack. That’s because of La Niña in 2003, which was a record year of snow. It showed the students the impact of one atypical year on averages and data trends,” he said.

In another surprising research project, Lyste recalls the period of time when Orcas Island and San Juan Island were having pH readings that were unusually alkaline, and he and his students found out it was due to limestone leaching in the area. “A seemingly tiny 0.1 change in pH affected shellfish dramatically. A 6.9 to 6.7 drop can cause huge negative impact. We did not realize how sensitive these systems were for clams and mussels,” he said. 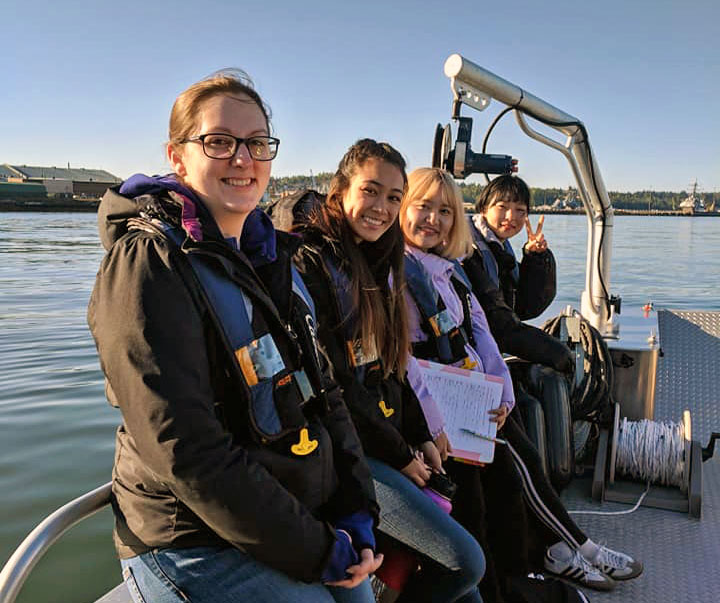 The pH data his class gathers focuses on local seafood, on the backbone species in the Pacific Northwest. There have been overall declines in salmon (especially Chinook) and shellfish (clams, mussels). “We’re trying to restore the natural estuary. There’s a battle in Puget Sound now, just like in Chesapeake Bay 20 years ago. There’s more commercial harvesting now, and we’re trying to be sensitive to ecological effects,” he explains. “It might be surprising to know that if a net pen of Atlantic salmon breaks, salmon can get loose and breed with Pacific Northwest Salmon, they can, for example, spread the disease of sea lice. Natural salmon exposed to net pens can get sea lice (hundreds of lice as opposed to one or two per fish).”

Gathering data changed during COVID. “Students were being taught GIS and GPS, the whole geospatial suite was being taught. We were using off-the-shelf measuring units for pH and conductivity, using $10 equipment from Amazon. Despite everything, we were still meeting our goals,” he recalls. In Lyste’s standard class method, his students research questions, come up with a hypothesis, make a story map, and create a portfolio for themselves.

Lyste said there are always technical challenges with a geospatial class, including hardware and software, IT collaboration, and multiple software platforms to manage. In addition, there is a wide range of students, some more challenged by tech than others. Still another challenge was the cost of Landsat access ($600 per student), but Congress solved that by making access free.

In the near future, Lyste plans on exploring cloud-based hosted imagery, wherein up to 30 lab modules could be plugged in, such as landforms, volcanism, river systems, and glacial systems. “It’s remote-sensed image-based and sensing based, you just go to the website and do it,” he says. Everett students also have access to the ESRI Landsat app, which is a versatile system and allows for analysis to be done in the Cloud. Unsupervised classification (looking for commonalities in pixels lumping) is used, where the spectral signature is analyzed for pixels that match. A practical example is looking for scotch broom spectra (2-week blooming period), which can direct vegetation monitoring to that area, thus targeting invasive vegetation.

In terms of other remote sensing goals Lyste would like to see pursued, one is a continuation of work he did at the Center of American Overseas Research Centers (CAORC) in different locations across India such as Mumbai and Kerala, restoring Bengal tiger habitat, the cornerstone of which is mangrove forests. For mangrove forest restoration to succeed, the effort would have to be done with remote sensing, including Landsat imagery, as mangrove forests are wet and hard to navigate. “One good thing is that the population of India embraces tech of all kinds. Even people in the slums have cell phones,” Lyste notes. “They would embrace a remote sensing effort.”

Summarizing, Lyste says undergraduate education continues to have a role in social change. “Making undergraduates aware of issues and research earlier helps them solve problems faster for society,” he says. “That includes in the field of remote sensing.” Currently, he sees a lot of advances with commercial remote sensing tech and integration with other modes of geospatial tech. In the future, he expects to see better resolution and better imagery in remote tech, as well as private sector innovation and public innovation. “Economic interests drive innovation,” he observes. “Public good and accessibility follow soon after.” 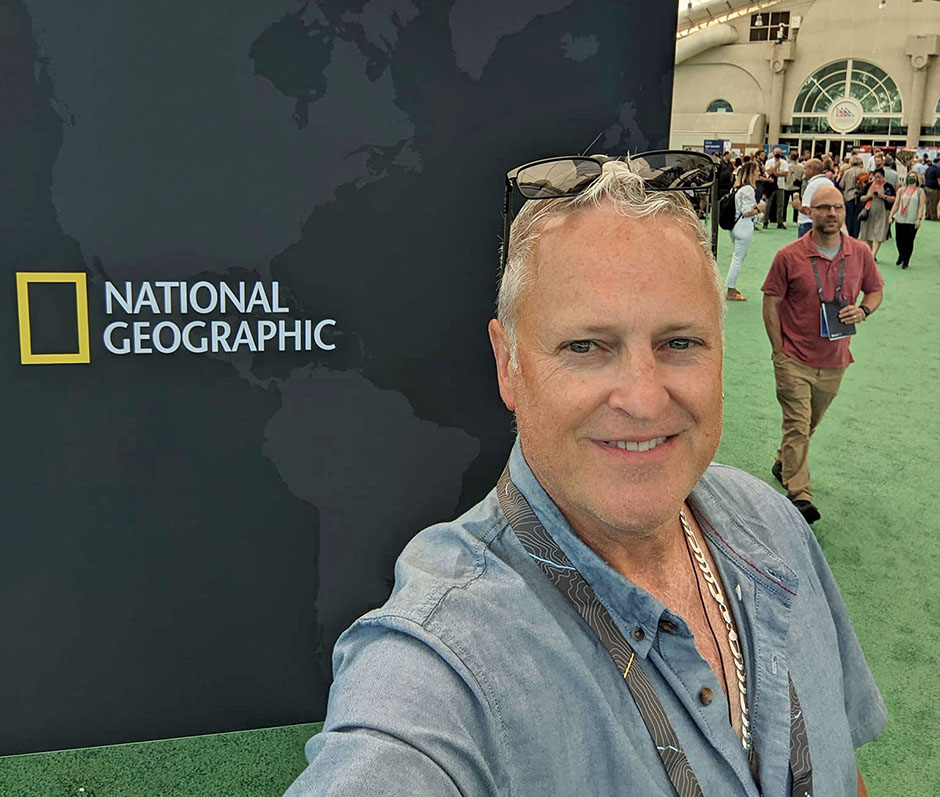