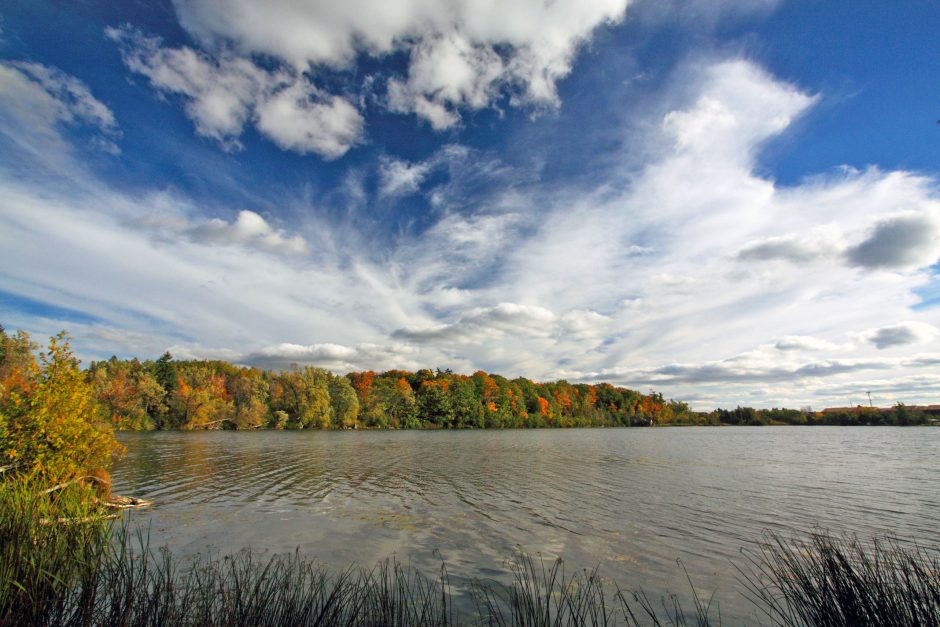 The most voluminous of the Finger Lakes, Seneca Lake, rests at the heart of the local wine industry. Historically the lake has been a cool, clear body of water, but in recent times harmful algal blooms (HABs) have marred its crisp surface. Dan Corbett, vice president of water quality for the Seneca Lake Pure Waters Association, spoke to EM about what’s being done about HABs in the lake.

“I got engaged in the Seneca Lake Pure Waters Association in 2014 as a volunteer for our stream sampling program, and I have been more and more engaged over time,” explains Mr. Corbett. “I have responsibility for our water quality monitoring efforts. We have a pretty significant program that I can describe, and water quality improvement projects which we’re trying to kick off and define our organizational role for, to address some of the issues that we observe with our monitoring.”

HABs are not just a problem for Seneca Lake. All of the Finger Lakes have had problems with HABs throughout the summer, mostly in September, over the past few years.

“Even the cleanest lakes that are clearly oligotrophic in their measurements have had some very severe harmful algae blooms, and high toxin levels that have found their way into some of the water supply systems for municipalities, so it’s certainly raised a concern here,” details Mr. Corbett. “It’s certainly a large concern, and it gets people motivated to take action, either personally or politically, so that can be a positive longer-term benefit as you try to turn things around.”

There are monitoring efforts at some level taking place across the Finger Lakes, and policymakers are working to address these issues through improved watershed management plans that are more aggressive than they have been in the past.

“I can speak to the fact that an awful lot of work has gone into the Seneca Lake Watershed Management Plan,” Mr. Corbett describes. “The most recent editing of that plan took place in 2012, and it’s a tremendous document that contains extensive knowledge about watershed land uses, sources of contamination, along with extensive background information. It has become clear to everyone involved that we need some more focused actions and clearer priorities if we are to address some of the current issues—specifically the harmful algae bloom issues that we’re seeing.”

The management plan for Seneca Lake is shaped by the standardized formats promulgated by the US Environmental Protection Agency (US EPA) and the New York State Department of Environmental Conservation (DEC).

“Completing approved plans in this fashion gives you higher marks as you seek funding for significant improvement projects,” states Mr. Corbett. The format that we’ve begun to focus on is called a Nine Element Plan, which is an EPA standard format. We’ve been in discussion with the consulting engineering group that has done this type of work for other watersheds that would play a key role in leading the effort and driving some of the more technical aspects of the plan.”

Corbett and the team believe that watershed modeling that can mathematically define pollutant loads is what has been missing from the plan before now. Along with large amounts of monitoring data, modeling can answer more questions.

“We have a pretty significant tributary monitoring program,” adds Mr. Corbett. “We currently monitor six of the tributaries in the Seneca Lake watershed. Three of those are very significant in their flow into the lake and make up the largest portion of the total fall into the lake.”

The other three tributaries are also interesting to the team, in that each offers a unique set of insights into the watershed. One is in a largely agricultural area with no urban regions and no wastewater treatment plant on it, so it provides a view of the agriculture impact. Another flows through the old Seneca Lake army munitions area. The last flows through a more forested watershed area, revealing what a more pristine area stream looks like. 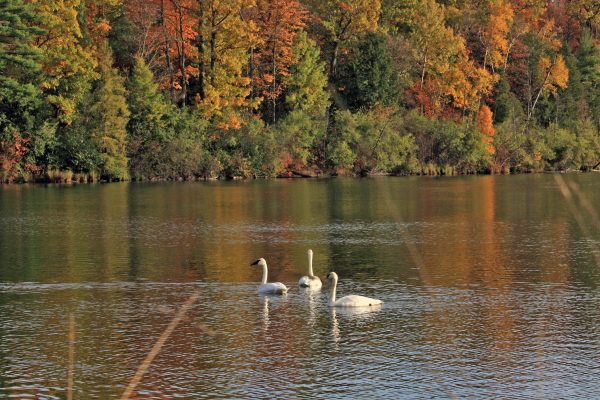 “We monitor these six streams in the spring, summer, and fall,” states Mr. Corbett. “We typically have five or six sampling times and a date for sampling each tributary. We generally sample anywhere from three to seven locations on the stream, depending on how big it is and how many sub-tributaries it has that we want to obtain information about. We have an accredited local lab in Ithaca that runs our analysis. Mostly we’ve focused on nutrients and bacteria after the first year or two.”

The organization has 70 to 80 people involved in the stream monitoring program around the lake. Since its inception in 2014, the program has grown each year.

“A couple years ago we began to get very focused on our harmful algal bloom monitoring,” comments Mr. Corbett. “This year we had 102 volunteers that each monitored a piece of shoreline throughout July, August, September, and early October. It’s all organized and set up on a map with each area of responsibility defined. Once a week, over the weekend, volunteers would go out and look for blooms. They’re all trained on what they look like, and on how to take samples and get them into the lab for testing. The results of that have been the discovery of many algae blooms in Seneca Lake, particularly in that September timeframe.”

An additional benefit of the monitoring program is awareness—of the program itself, but also the problem that HABs present in the region.

“So many people are out there looking, and because they’re trained and their awareness is heightened, they’re also talking to their neighbors as they’re walking or paddling the shoreline,” remarks Mr. Corbett. “There’s a lot of communication about the issue and the potential causes of these issues, so it brings an overall awareness for the lake, a heightening of that awareness. That’s a real positive.”

Of course, this much discussion of harmful algal blooms always brings up the same issues.

“That leads to the obvious question: it’s nice that you’re monitoring, but what are you doing to fix the problem?” explains Mr. Corbett. “That leads into the management plan, its definition of prioritized actions, the obtaining of funds, and the inter-municipal organizations that can help drive improvements at the municipal level. Requirements for septic system inspections and the building of new properties that meet certain standards can drive wastewater treatment plant improvements and the development of agricultural best practices.”

Of course, the fact that HABs remain in the area is a frustration—to Corbett and many others.

“There’s a lot of angst about why we aren’t doing more, and I think as a lake association we struggle a little bit with what role we can take in driving some of these soil conservation actions that largely occur at a county or district level—for example, highway departments that do ditching around the lake and municipalities that put in place rules and some governance of some of these practices,” Mr. Corbett describes. “We try to be an advocate for change and work in partnership with those organizations, including at the state level, which is exactly what initiated the upgrade of this watershed management plan, but still there’s a lot of people who want to move faster as they see the effects of the problems that we have.”

The swelling number of volunteers in this program and others like it speaks to the growing concern among everyday people about the health of the water they drink and otherwise use.

“I’m only speaking for myself, but I think there are a lot of questions out there, especially when some of our cleanest lakes experience significant blooms,” comments Mr. Corbett. “We can drive towards cleaner water, and I think it will help some, but I don’t know that it will reduce the frequency of these harmful algae blooms.”

At the state level, the DEC has established a new subgroup called the Finger Lakes Water Hub (FLWH), a group of four or five people dedicated to improving Finger Lakes water quality. FLWH works with lake associations and others to develop improved data on these water bodies, and helps drive and develop improved watershed management plans.

“The Finger Lakes water hub has initiated a lake monitoring program called CSLAP, which stands for Citizens Statewide Lake Assessment Program, in each of the Finger Lakes,” details Mr. Corbett. “On Seneca Lake, we have four mid-lake locations where our volunteers take samples near the surface and at about 60 feet deep. They also make observations of water clarity and other parameters, and they do this every two weeks throughout the summer for eight sessions, total. They do some actual lab work in the kitchen, and then they send the samples off to the lab for analysis.”

Overall, the stream and lake monitoring programs have been very positive, allowing the team to generate water quality information that they can compare to historical data to get a sense of how the lake’s water quality is changing.

“Over the past 10 or 20 years, Seneca Lake has clearly moved from an oligotrophic to a mesotrophic state,” remarks Mr. Corbett. “There are some big gaps in time, but we know where we are and where we used to be. I think the state is throwing some significant resources at this problem, which is very helpful, and I think adds to the call to action that harmful algal blooms have created. It gives us a lot more press and support for the work we’re trying to do.”