Coastal Marshes May Use Carbon Dioxide To Build Themselves Up 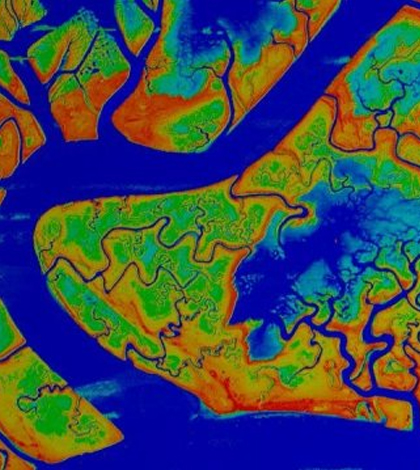 Coastal marshes are complex systems, critical to the health of the environment. Whether they will be able to adjust to climate change, including sea level rise, has been a subject of great concern for many scientists. However, a release from Duke University suggests that coastal marshes may be able to adapt to climate change by using carbon dioxide to build higher marsh land and keep pace with higher sea levels.

Using a spatial model of marsh morphodynamics and recently published field observations at varying carbon dioxide levels, Duke researchers were able to show that carbon dioxide fertilization at higher levels could offset sea level rises due to climate change. Prior to the study, effects of increased carbon dioxide on coastal marsh rising behavior had not yet been incorporated into a model.

Effects of higher carbon dioxide were found to be significant to rising behavior, as more carbon dioxide caused more photosynthesis, which caused more biomass production and higher sediment formation. However, an opposing effect, called sediment starvation (a lack of organic sediment delivery to marsh areas due to dam building and other activities), could counteract the positive effects.