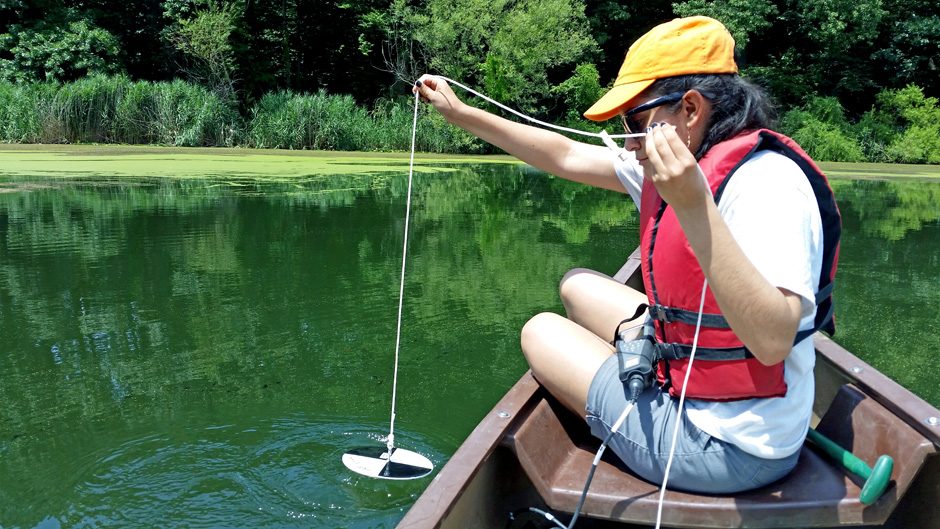 While some people might conjure up images of towering skyscrapers or dazzling Broadway shows when they think of New York City, the city is actually about 40 percent green space, with over 11 percent of that being natural areas. City of New York Parks & Recreation (NYC Parks) manages about 10,000 acres of these natural areas, which is about half the size of Manhattan (other major natural area managers in New York City include the National Park Service as well as other City and State agencies).

As Erika Svendsen, Research Scientist with the USDA Forest Service expresses it, “Although our acreage does not compare to the national forests and grasslands, we have unique natural areas that are critical habitats for people, plant and wildlife.” Svendsen works at the NYC Urban Field Station whose stated mission is “to improve quality of life in urban areas by conducting and supporting research about social-ecological systems and natural resource management.” It began as a partnership between the USDA Forest Service, NYC Parks and the non-profit, the Natural Areas Conservancy.

There are several researchers at the station working on issues ranging from environmental stewardship to urban forest health. Svendsen’s specific focus is on understanding the social benefits of these natural areas and how the public interacts with, as she expresses it, “everyday urban nature.” As Svendsen says, “These areas have social, biological and cultural significance. People use them for bird watching, hiking, jogging, contemplation and to reduce stress. They are a very special part of the New York City experience.” 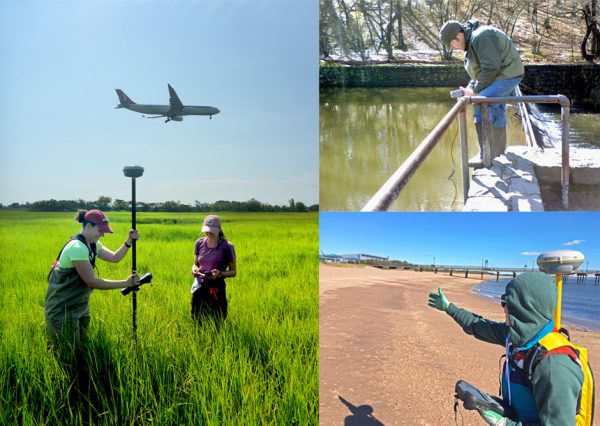 A major objective of the New York City Urban Field Station work is to conserve natural areas, which it does in partnership with the Natural Areas Conservancy. The Natural Areas Conservancy seeks to protect New York City’s 20,000 acres of forests and wetlands so that everyone can enjoy them. Their team of scientists and experts promote nature in all five boroughs, working in coordination with the NYC Parks. The Conservancy’s goals are to 1) protect 7,300 acres of urban forest while also providing high-quality recreation for New York City, 2) improve coast resilience through salt marsh restoration, in partnership with NYC Parks, 3) conduct groundbreaking research, and 4) get New Yorkers outside. The emphasis is on the health and maintenance of the park spaces, achieving clean air and clean water, as well as keeping the social benefits of the park spaces intact.

People use the New York City natural areas as places to relax, explore and have fun. But these natural areas also can inspire people to become more engaged in the care and stewardship of the land.

“People can be catalysts for positive change,” Svendsen explains. “Over the years, we have documented the work of hundreds of community groups that have worked to improve the quality of NYC’s urban nature.  We have documented these groups in our Stewardship Mapping and Assessment Project, or STEW-MAP Project, which details the dedicated work of community groups throughout the city. In NYC, ecological restoration and protection can be a challenge with so many people who want to access these special places. New York City natural areas must be accessible to the public, but they are also a resource that must be protected. As the STEW-MAP data shows, there are hundreds of dedicated groups working on behalf of their local environment.”

New York City citizen scientists, as well as research professionals,  do many other kinds of environmental monitoring in NYC natural areas. Other monitoring includes various shorebird and wading bird species such as piping plovers, the six local species of herons, black skimmers, and common and least terns; reptilian life such as diamondback terrapins; amphibian life such as red back salamanders; and horseshoe crab monitoring. 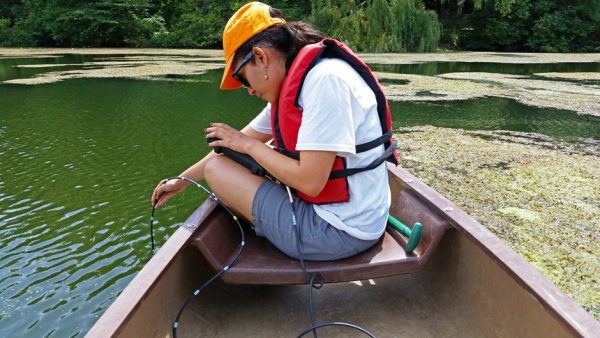 Habitat monitoring is performed as well. “We use RTK GPS (Real-time kinematic Global Positioning System). This gives us very precise elevations as well as locations, which we use for bio-benchmarking so we can use this to design our salt marsh restoration. With this information, we can determine the best placement for Spartina alterniflora versus Spartina patens in our restorations. We have also used it to document salt marsh sparrow nest elevations in Idlewild Park, Queens. Idlewild Park is right next to JFK airport,” Cullman mentions. “Another use of the RTK GPS is shoreline monitoring. We can use this technology to get accurate geolocations of the wrack line on the beach after storms and to document how beach profiles change over time.” This monitoring is important to track erosion, important for ecological and risk assessment.

New York City natural areas today are more heavily used than ever, meaning the objectives of environmental monitoring and restoration are as important as they ever were, if not more important. However, the citizens of New York City continue to pull together to make that happen.

“We have really active and engaged communities in NYC that care about urban nature and beyond,” Svendsen emphasizes.  “It is exciting to work in this field as there is always something new to learn about the unique benefits that urban nature provides to us all.”