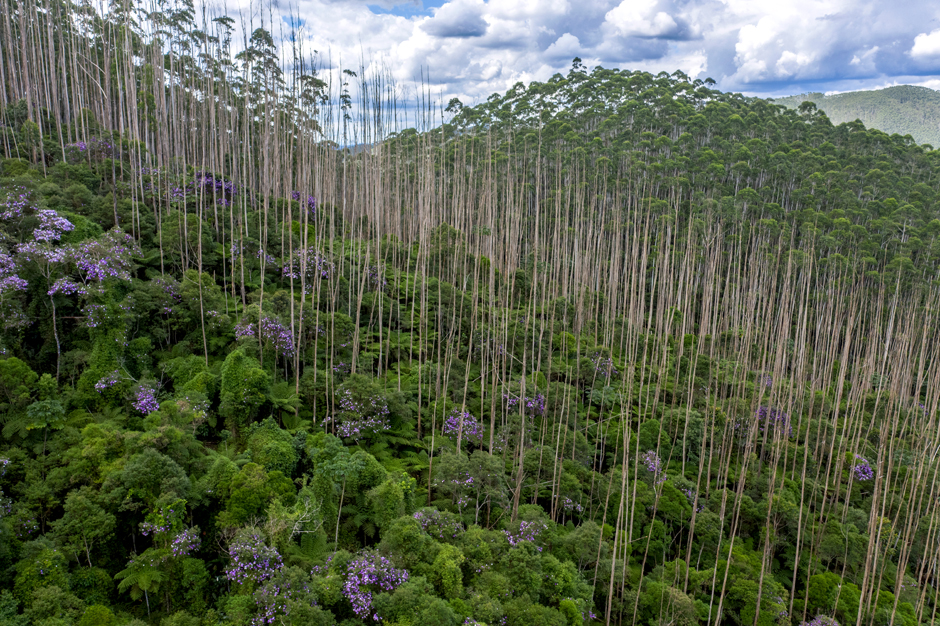 The benefits and downsides of each forest type lead to tradeoffs in land management practices. In their paper, Hua and colleagues explore the advantages and disadvantages of different forest types, hoping to point the way toward better forest restoration practices. They hope to encourage practices that balance environmental goals with wood production needs.

“Overall, we used a range of native forests – including pre-existing as well as restored ones – as our baselines,” said Hua. “We compared several types of plantation tree covers against these baselines to assess their relative merits at supporting forest biodiversity, storing carbon in aboveground biomass, preventing soil erosion, providing water, and producing wood.”

Relying on Decades of Data

Hua’s paper was a synthesis paper that pulled together findings from many other studies. Hua and colleagues researched and compiled all the data into a meta-analysis.

“Many authors collected the original data; they have produced all the data which we synthesized in one place, a compilation of 264 studies,” says Hua. Data went back to the 1970s, and the researchers covered as much data as they could locate in the study.

For forest biodiversity, the study used population abundance – the number of individuals for a given study species – as the metric. Such data generally come from field research in which researchers used methods appropriate to the study species to quantify their abundance. For example, abundance data on birds are usually obtained by counting birds by sound and visual cues. In contrast, for insects, researchers typically relied on collecting insect samples with traps for subsequent count and identification. 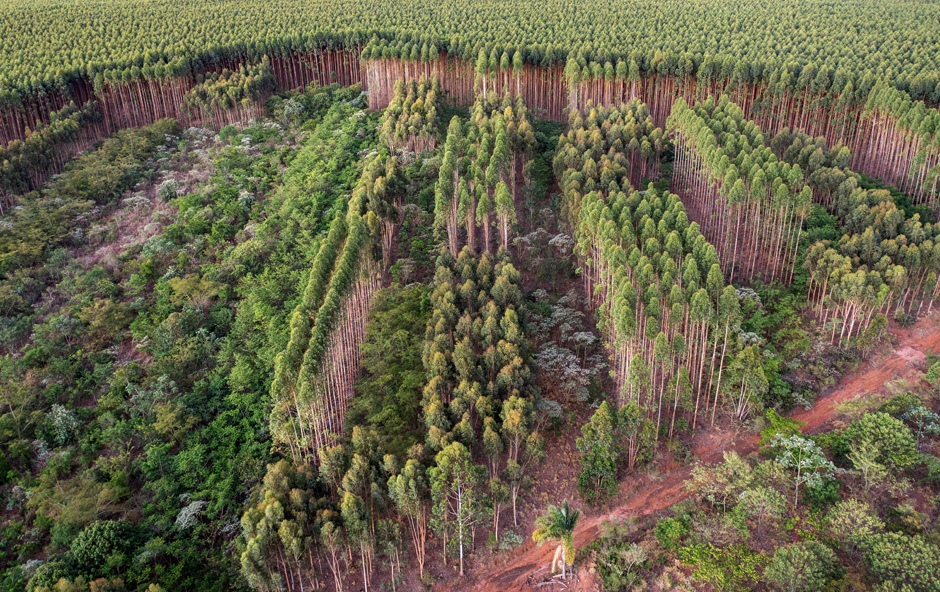 Experimental trial at the Forestry Station of the University of São Paulo (Photo: Paulo Molin)

Field studies reporting such data typically lay out a study plot to measure the diameter at breast height (DBH) of individual trees, sometimes also how tall they are. These measurements are then plugged into allometric equations, which combine information on wood volume and density to calculate the weight (mass) of living materials in vegetation.

Prevention of soil erosion was another aspect compared between plantations and native forests. Data the study compiled on this aspect typically took form in the number of soil sediments displaced by surface runoff in a forest.

Field studies reporting such data rely on establishing “erosion plots” – typically on slopes – in the woods being studied to collect and measure runoff water-carrying sediments. These sediment measurements are inversely related to measurements of how well a given forest cover is capable of retaining soil from erosion.

The amount of water provided by forests was determined by standard measurement of water yield. How much rain had fallen, how much water was already present, and evapotranspiration all needed to be known to estimate such data. Water data was gathered by Professor Sampurno Bruijnzeel of the King’s College of London, who has decades of expertise in forest ecohydrology.

Using Data to Inform Policies and Land Use

The meta-synthesis of all this data performed by Hua and colleagues pointed to a few possible policies and land use suggestions that might balance the environmental and wood production benefits of forest restoration.

“The benefit space must be considered,” says Hua. “If a plantation-dominated restoration is done, especially one using monoculture that will not result in much biodiversity benefits. Plantation-dominated land tends to have fewer different tree species, which means less biodiversity supported overall. Instead, restoring native forests would be a good path forward, and our study shows that this would also bring greater benefits for aboveground carbon storage, soil erosion control, and water provisioning.”

Some programs already tried in China, such as the “Grain-for-Green” program in 1999 that gave farmers grain if they planted trees on otherwise farmed mountain slopes, have been effective at reestablishing forest cover.

“However, the prominent goal of many forest restoration programs like the Grain-for-Green Program is typically not biodiversity, it’s carbon, water, and wood,” says Hua. “But are plantation forests really the best? We have not found that for biodiversity. We must then ask when and how and where can we put biodiversity back into this benefit space.”

2) But, plantations have an advantage over restored native forests in producing wood.

3) To achieve a balance, we must navigate around environmental vs. production needs.

One technique may be that of sparing land. Suppose that a given piece of land can be used for high-yielding plantations. In that case, this can take on the burden of producing wood from existing, potentially environmentally more beneficial native forests elsewhere, including old-growth forests.

This strategy would require integrating plantations into land use planning.

Abandoned tree plantations no longer intended for production functions should be actively intervened to mimic more native-forest-like conditions. “This would allow them to provide much greater environmental benefits on multiple dimensions as our study showed,” said Hua.

In the future, Hua sees many areas to consider. “We are looking at how humans should balance wood production and biodiversity. In the future we must reduce the carbon footprint, but wood demand is also expected to go up. Even selective logging can hurt biodiversity.”

Land sharing vs. land sparing is likely to be an important consideration. “We think if you can produce wood on one piece of land, at least in theory, it can potentially spare wood on other land.”

Sharing land between production and forest biodiversity means a larger piece of land may be needed for production.

“How should we allocate our land into different uses? This is an important question. In China, our research team is already testing how different forest management techniques could meet wood production but minimize biodiversity costs,” Hua mentions.

Including Biodiversity in Policies, Plans, and Practices

In the end, preserving forest biodiversity is not just a trivial question. “Biodiversity goes deeper than practical matters. It is a soul question,” says Hua. “Many people already agree that a ladybug has value in and of itself, an intrinsic value, and that biodiversity has an intrinsic value too. But for people who do not necessarily share that view, there is increasing evidence that biodiversity is valuable to good human health, carbon storage, and pollination. For example, bees and flies are critical pollinators. Coffee plantations are protected from bugs by birds, etc.”

Hua goes on to say, “These benefits and services that provide a healthy, vibrant ecosystem to humans – for free – are called ecosystem services. And there is increasing evidence for a strong link between biodiversity and the amount of ecosystem services delivered,” explains Hua. “As an example, among all the other benefits, we know there is a huge potential for finding new medicines in nature, due to the wild gene pool. Wild nature provides immeasurable benefits for people.”

Hua emphasizes, “We have a responsibility to conserve biodiversity.”