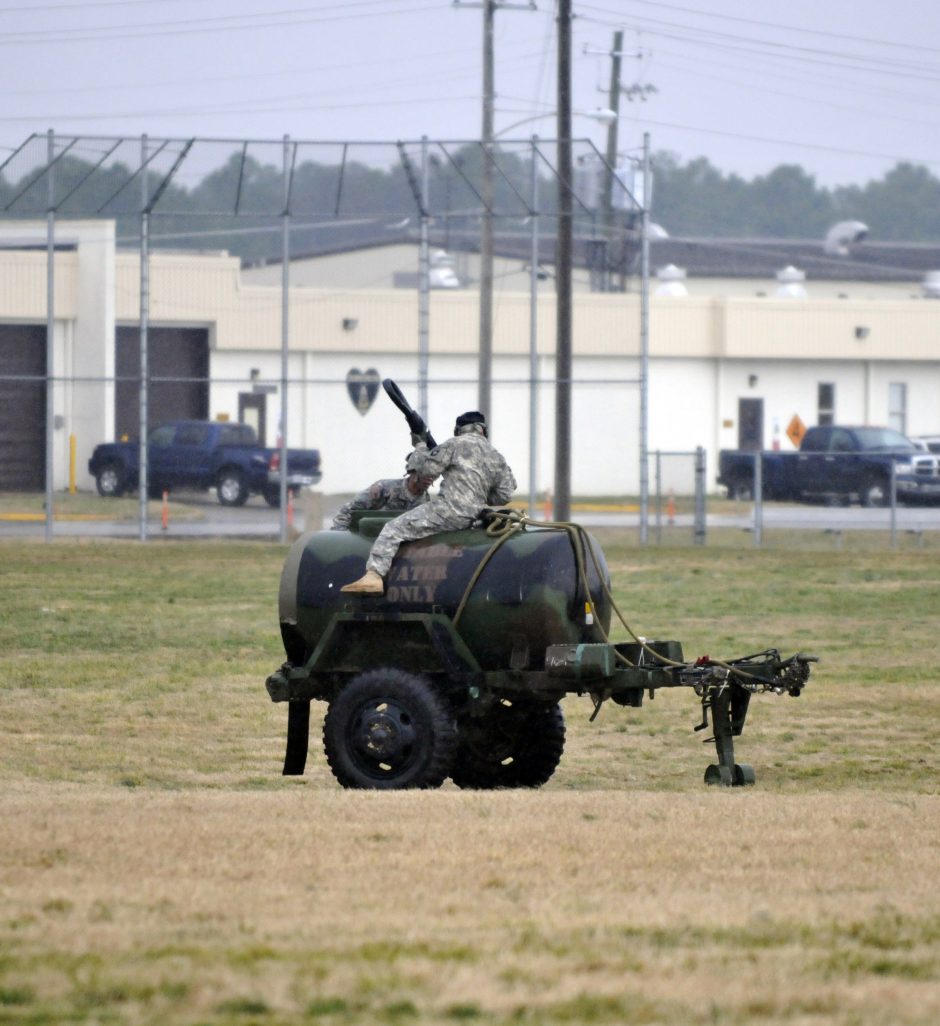 Most people have never heard of the Rural Utilities Service (RUS), a tiny program housed within the United States Department of Agriculture (USDA). Of the $151 billion USDA budget in 2017, only $498 million was allotted to RUS; that’s about 0.3 percent. Yet RUS helps support infrastructure in small rural towns across America—and there are thousands of them right now in 2017 that have no access to drinking water that is safe.

In fact, during an era when headlines about lead poisoning in Flint seem frightening yet unusual, what’s actually among the most disturbing facts about the situation in Flint is that the city is far from the only community affected by a lack of access to drinkable water.

St. Joseph, Louisiana has been one such community for awhile. In February 2016, CNN reported that water runs brown and yellow from taps in the town, and that residents could get rashes from bathing in it. People left town to do laundry so clothes would get clean, as exposure to the water and its high levels of iron, copper, and manganese could stain white material beige and darker colors brown—permanently. Yet St. Joseph’s water had been judged “legal and safe” in the past.

The problem according to the Louisiana Department of Health was that St. Joseph needed $9 million worth of repairs to pipes and pumps—in a town with an annual budget of about $7.6 million. The state had ponied up $6 million for the job, but the mayor at the time had not turned in the town’s audits. In March, Mayor Edwards was charged with misappropriating funds.

By December 2016, with a new incoming mayor, the state had a new assessment of the water in St. Joseph, and declared a public health emergency after many years of the same, according to residents. Testing revealed elevated levels of copper, manganese, iron, and lead in different locations—and about 22 percent of homes had unsafe levels of lead in their water. Residents were warned not to use the water to cook, drink, brush their teeth, or prepare foods. And Louisiana’s emergency preparedness office agreed to provide three liters of water per person, per day until the needed repairs were made.

“Water buffaloes,” tank vehicles from the army, were parked outside the courthouse downtown. Each holds about 400 gallons of chlorinated water. But residents need to pick up the water they are allotted and get it to their homes—something difficult for most, and impossible for some who are elderly, disabled, or both. All this year, the repairs were finally being made in St. Joseph once the state came through with the funds. The residents should be drinking and washing in safe water by Mardi Gras. They’ll also be paying for it; it will cost about $19,000 per customer for repairs to home systems, and the water rates are also going up by about 45 percent. This will mean a jump from $26.50 per month for the first 2,000 gallons to around $38.50 in a town with a median household income of $16,923 or $1,400 a month, and with almost 40 percent of the households below the poverty line.

What happens after St. Joseph’s crisis has been averted? Louisiana can take its pick between the approximately 400 other communities in the state who are having similar problems. It won’t be able to help them all.

How the Rural Utilities Service helps communities like St. Joseph

The Rural Utilities Service (RUS) has funded 5,825 wastewater and water projects since 2009, helping 19.5 million people in rural communities across the US. The total value of that funding has been $13.9 billion, because the projects are small, a project for a community of 1,500 people typically costing about $1.4 million. The RUS is responsible for restoring safe, healthy drinking water, preventing outages and breakdowns, and even stimulating small, rural economies.

These successes aren’t the only reason the program has been hailed as a success, however. The RUS has a portfolio of almost 16,000 loans to the various communities it has assisted, worth more than $12 billion, and the delinquency rate on those loans is only 0.43 percent—around one-third the rate banks experience on their industrial and commercial loans. In other words, it is a fiscally conservative program that helps people in rural America access clean, safe water.

However, RUS is under threat. Under the budget proposed by the Trump administration, RUS receives no funding at all, and the work it does is supposedly to be picked up by the Environmental Protection Agency (EPA) and private funding. However, the same document proposes to cut funding to the EPA’s funding for water inspectors by almost 45 percent, and it was a demonstrated lack of private and state funding that led to the creation of the RUS in the first place.

Erik Olson, the Health Program Director of the National Resources Defense Council comments on the potential seriousness of this situation, and who might be affected.

“President Trump proposed to completely eliminate the RUS funds for water and wastewater, about a $500 million cut,” Olson explains. “Congress so far hasn’t been going along with that idea, but as budget pressures mount, and particularly if the current tax bill were to be enacted, which would trigger massive cuts to many domestic programs in years to come, Congress could slash funding for this program. If there were substantial cuts, this would seriously harm the RUS’s ability to provide loans and grants to small rural communities that have major drinking water and sewage problems. For example, they often fund small water systems that have contamination that they haven’t been able to control, and small community sewer systems that have experienced sewer leakage, sewer backups, or poor sewage treatment.”

Given the low default rate and good results of RUS, along with the apparent massive cuts the EPA is likely to experience, it’s not clear how these projects will be paid for. U.S. Department of Agriculture, Rural Utilities Service (RUS) Administrator Jonathan Adelstein was one of the first individuals to try the treated water from the new water treatment plant system in Pitkas Point, AK, on Monday, Sept. 26, 2011. (Credit: By U.S. Department of Agriculture (20110926-RD-TD-0001) [CC BY 2.0 (http://creativecommons.org/licenses/by/2.0) or Public domain], via Wikimedia Commons.)

“We know that the reason for the RUS water and wastewater program is that EPA and private dollars simply are insufficient to ensure that high quality drinking water and good sewage collection and treatment are available to many rural communities, especially lower-income communities in some areas,” Olson clarifies. “The fact that these communities are generally able to pay back loans with a RUS-reported default rate of 0.43% (there are some grants but they are limited), shows that this program is very cost-effective.”

Are there other options for small, rural towns that cannot generate enough cash flow to support infrastructure improvements and other projects that might fix water quality issues?

“In many cases, small rural towns with a low median household income lack the resources to make infrastructure improvements or to float bonds or obtain financing without support from RUS—or, in a limited number of cases, from the EPA,” Olson states. “In some cases, frankly, the answer may be to restructure the utility or to enter into a partnership agreement whereby the small community system physically ties into another nearby system that enables it to comply with water and wastewater requirements. In some cases, physical consolidation isn’t necessary and managerial or technical partnerships can help the system come into compliance. But often any physical connection would require some funding or financing.”

Some towns are finding ways to make these connections to other municipalities with working water treatment centers, for example, but even setting up that new infrastructure costs money. RUS is one of the programs that is making life in small American towns remain sustainable for more people.

“Some small towns in the US are thriving and have figured out ways to survive,” remarks Olson. “Others are struggling economically, as the rural economy in many areas has changed in recent decades. RUS can help struggling communities ensure that their drinking water and wastewater utilities are providing safe drinking water and adequate wastewater collection and treatment service, which are often necessary but not sufficient for a robust economy in a small town. But obviously that alone may not be enough to sustain some communities.”

According to NRDC’s recent report, “Systems serving less than 500 people accounted for nearly 70 percent of all violations and a little over half of all health-based violations. This means that rural Americans could be at greatest risk from some drinking water contaminants.”

Olson comments, “These are the communities that are at risk and need RUS and other funding support.”