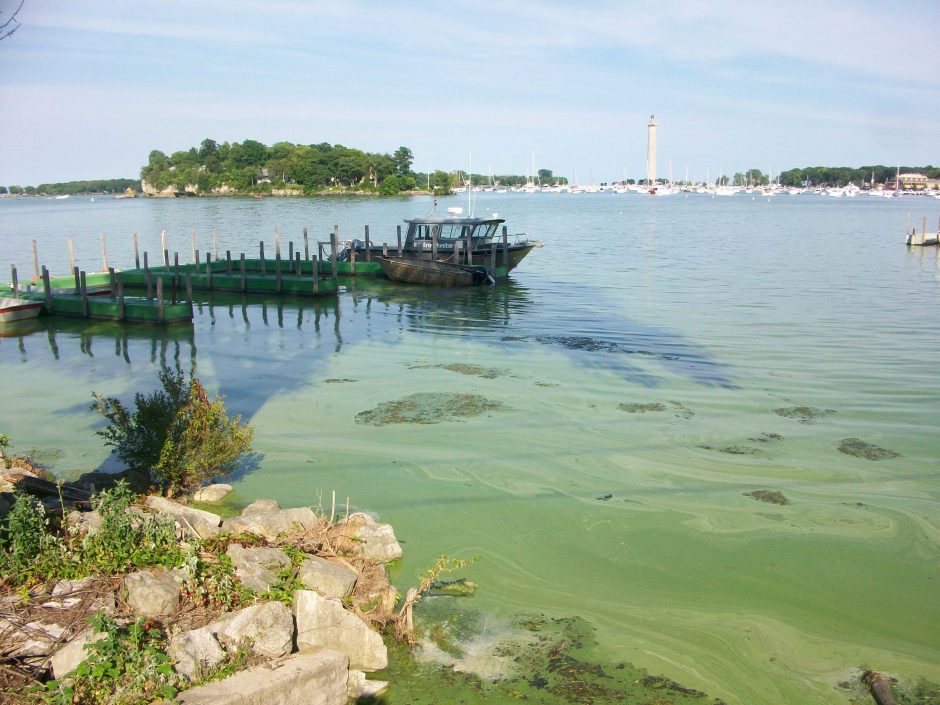 In addition to all the known effects of Harmful Algal Blooms (HABs) endured in areas such as Lake Erie, effects such as: nausea, vomiting, and/or liver damage for humans drinking the water, livestock deaths, and pet deaths, there were other effects that radiated out from the HAB beyond the obvious. Even if the public and the animals were prevented from drinking the water, other deleterious effects of the HAB remained. “Just the sight of green water was enough to hurt businesses in the region,” says Justin Chaffin, Research Coordinator at Ohio State University’s Stone Lab–a member of the Organization of Biological Field Stations (OBFS).   “HABs have had many kinds of negative impacts at different levels.”

Chaffin has worked on the HAB issue, specifically cyanobacterial HABs, since 2007 when he began graduate school at the University of Toledo in the Department of Environmental Sciences.

There is no shortage of data to collect. “Every week we sample eight stations around Lake Erie islands, and we have been collecting data since 2013,” says Chaffin. “We have five YSI sondes to gather temperature and dissolved oxygen data. We also gather data on nutrients, cyanobacterial toxins, cyanobacterial genes and chlorophyll. We also have two data buoys deployed in Lake Erie and we partnered with a SCUBA club to convert a mooring buoy into a third data buoy.” Each buoy has a YSI EXO-2 sonde that measures water temperature, clarity, pH, total algae, total blue-green algae and dissolved oxygen at 15-minute intervals. “The data from the two data buoys are sent to the Great Lakes Observing System, whereas the data from the mooring buoy are downloaded at the end of the summer,” Chaffin adds. Both data buoys are from Fondriest and use NexSens technology. The NexSens CB-800 buoy, located closest to Stone Lab, also has a weather station that gathers air temperature, air speed and direction, and relative humidity data. The other buoy, just launched in 2018, is a NexSens CB-1250 buoy located ten miles north of Huron, Ohio. It gives similar information to the 800 but does not have a weather station. 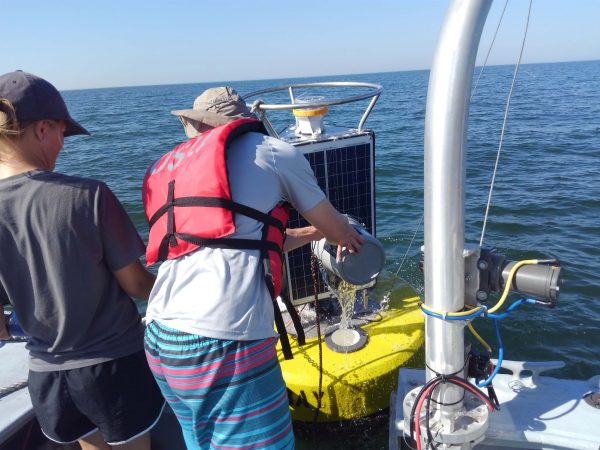 Stone Lab analyzes the water samples for microcystins, which is a large group of toxins produced by cyanobacteria, using Enzyme-linked Immunosorbent Assay (ELISA). The water samples go through an extraction process to obtain material ready for the analysis. The lab process takes about four to five hours to perform by a trained lab technician. In addition to the work detecting cyanobacterial toxins in water, Stone Lab is also involved in research on cyanobacterial genes. This work is performed with help from Bowling Green University, where quantitative Polymerase Chain Reaction (qPCR) analysis of the genetic material collected from filters used to filter plankton samples (which include the cyanobacteria). 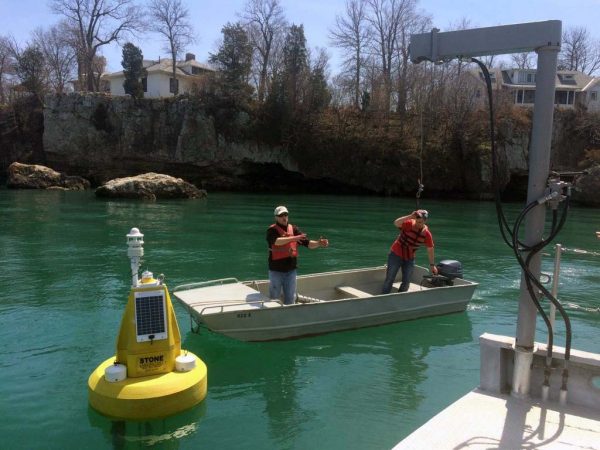 Microcystis is the main microcystin producer in the western basin. “But Microcystis doesn’t always produce harmful toxins. Something we are trying to learn to predict is whether or not we will see harmful toxin production, and how much, and how the system environment might be influencing the cyanobacteria to produce toxins,” says Chaffin. “The toxins are related to mcy genes, and cyanobacteria that lack the mcy genes cannot produce microcystins. We would like to be able to predict the percentage of the Microcystis population that contains the mcy genes. The 16S ribosomal RNA analysis, also performed at the lab, can give a total Microcystis number in the water sample, and the ratio of mcy to 16S gives the percentage of the Microcystis population that can produce microcystins. “That’s something we’re really interested in learning,” Chaffin emphasizes.

Researchers can predict how much biomass each bloom will have by measuring spring-time nutrient loads from the Maumee River, but questions remain about the bloom’s toxicity. It’s also clear that HABs are going to be a concern until nutrient (phosphorus and nitrogen) loads can be reduced. The 2015 HAB was the worst bloom on record, in terms of biomass. While the 2014 bloom was smaller in biomass, it was more toxic. “The 2016 bloom was very small, which tells us Lake Erie can quickly recover from blooms if nutrient loads are reduced. However, 2017 had a very large bloom, which tells us the lake is very sensitive to high loads of nutrients,” says Chaffin. 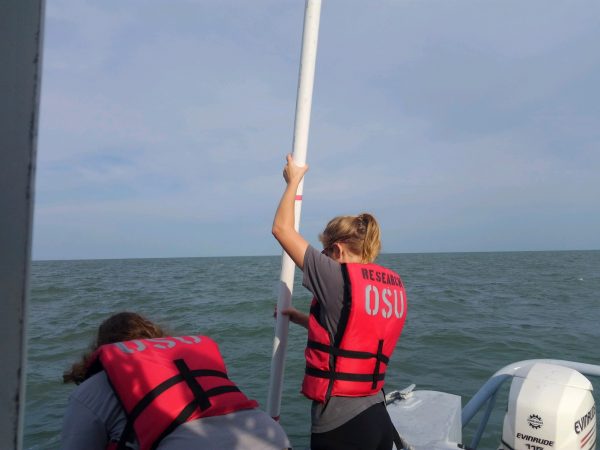 Chaffin and his colleagues have been funded by NOAA to develop a toxin forecast that could be included in the NOAA HAB severity bulletin. They are in the first year of a three year effort.