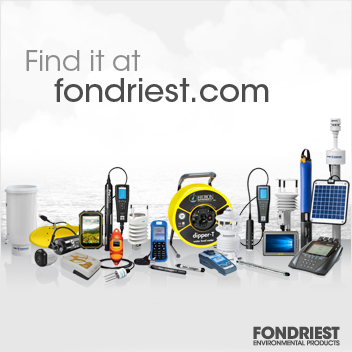 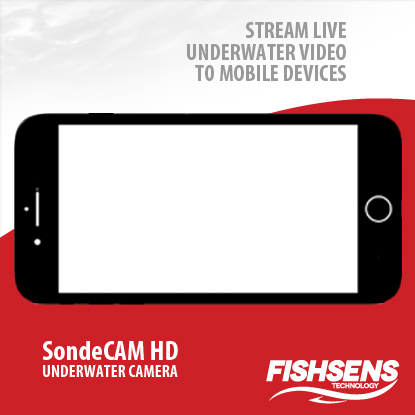 There are three major real-time scour monitoring methods in common use. These instruments include sonar (acoustic transducer), magnetic sliding collars, and float-out devices. Any of these devices can be implemented in conjunction with a data logger and real-time telemetry system. These instruments all measure elevation changes in the streambed. When excessive sediment transport occurs (such as during a flood event), the instruments will indicate the elevation change (amount of sediment removed) and can send that information to a datalogger.

While other instruments, such as tilt sensors, sounding rods and piezoelectric sensors can also be used for monitoring, they are not as well known or preferred. Tilt sensors measure bridge movement, not sediment erosion, which requires partial structure failure before action is taken. Sounding rods and piezoelectric sensors can provide false or inaccurate measurements. Sonar, magnetic sliding collars, and float-out devices, on the other hand, all measure streambed erosion in areas of potential scour.

Of all the scour monitoring methods available, sonar is the most widely used due to the ease of installation and the wider range of applicable site conditions. In addition, sonar instruments provide continuous bed level data, while magnetic sliding collars and float out devices only indicate when scour has reached a certain depth. 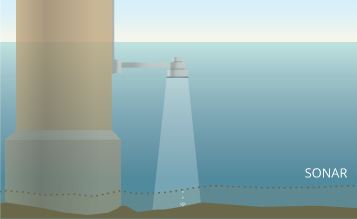 Sonar instruments, also known as acoustic transducers, use sound waves to “ping” the bottom of a waterway. The corresponding echo will indicate depth to the riverbed. When the transducer is angled toward an area of potential scour, the sensor will measure the level of erosion occurring. Most sonar instruments are mounted directly to a pier or substructure of a bridge. This indirect measurement method limits interference from debris in the water and makes the instruments easier to maintain.

Sonar is a popular scour monitoring solution as it can continuously measure and return data. They are also easily connected to a telemetry station for real-time data transmission. These systems are also easy to implement, as they do not need to be installed or buried in the riverbed at all. However, depending on the location and environmental conditions, some above surface debris (e.g. ice flows) can interfere with the sonar. As with any monitoring solution, regular maintenance is recommended.

These instruments can be equipped with one sonar transducer to monitor a specific area, or multiple to measure elevation changes in a wider range around the pier. If a stream migrates, shifting the potential scour area, it is fairly simple to move the system to the new at risk pier. In addition to their appeal as a continuously monitoring device, sonar-based scour monitoring systems are recommended in deep channels, waterways with loose sediment beds, and biologically active areas, as they are not as susceptible to biofouling, in-water debris or shifting sediment. 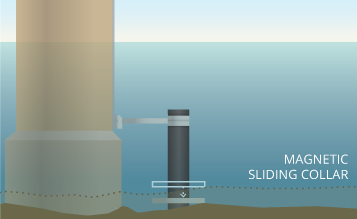 Sliding collar solutions are comprised of a rod and a ring driven into the riverbed. As the sediment erodes, lowering the bed elevation, the collar slides down the rod. Magnetic triggers in the rod will determine the collar’s depth based on its location on the rod.

While magnetic sliding collars can be automated or manually read, they only measure maximum scour depth. Manual magnetic sliding collar installations are fairly inexpensive, and can be easy to install during low flow events. However, they are very susceptible to debris in the water. Automatic magnetic sliding collar systems are more expensive, but also more robust than their manual counterparts. However, in biologically active environments, such as estuaries and tidal rivers, barnacle growth and other biofouling can occur. This will can interfere with scour readings, as the biofouling can prevent the ring from moving on down the rod.

Both versions of the sliding collar method should be firmly driven into the streambed. Installations are easier in shallow rivers and during low flow events. In addition to debris and biofouling, sliding collars are susceptible to subsoil shifts. Any lateral movement of a waterway can make the deployment ineffective. 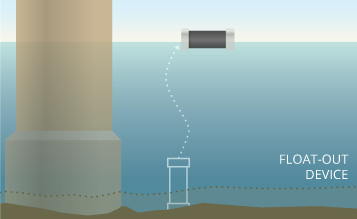 Float-out devices are buried at varying depths in a potential scour area. When scour occurs, removing the sediment covering the device, the instrument will float to the surface. A wireless signal is transmitted to a nearby data logger to indicate its release.

These instruments have an extended lifespan (5-10 years for battery operated float-outs) to maintain operability for several seasons if they are not triggered in the first year. As they are buried beneath the bed, they are not susceptible to damage from debris at all. They are also very easy to install in dry beds (intermittent streams) and riprap, though they can also be installed in wet channels with a trained diver.

While relatively inexpensive and maintenance free, these devices do have several drawbacks. One such drawback of the float-out device is that it will only provide data once the scour has progressed beyond a certain depth and the instrument becomes uncovered. However, several devices can be buried at multiple depths below the bed to signal scour progress.

It is recommended to have a level of redundancy when using float-outs, as once the instrument is buried, its functionality cannot be verified. These instruments only produce a signal once uncovered, and their status cannot be checked in the interim. Any instrument failure may result in unsafe conditions, as there will be no warning of critical scour levels.