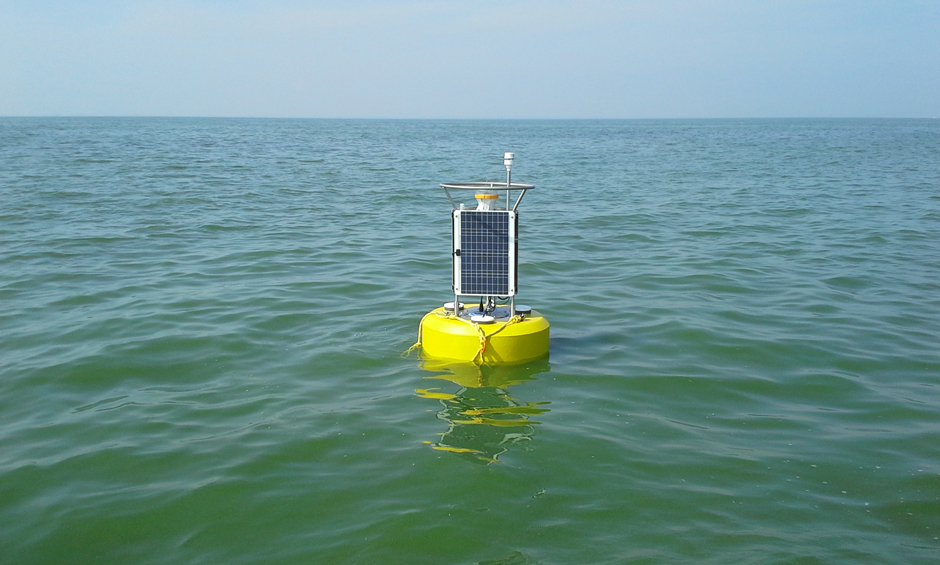 Some of us happen upon the subject of our life’s work by accident, some of us are born into it, and some of us ease into it over time. For Tom Johengen, Research Scientist for Cooperative Institute for Great Lakes Research (CIGLR) and Director of Michigan Sea Grant, choosing to study Harmful Algal Blooms (HAB) was “a natural progression” from his days as a grad student investigating best management practices for controlling nonpoint source nutrient pollution.

“I’ve been the research scientist with CIGLR since my postdoc in 1991, 31 years, and I’ve been the Director of Michigan Sea Grant for the past 3 years. When I began my postdoc with CIGLR we were just starting to study the impacts of the recently invaded zebra mussels.” Their research indicated that zebra mussels’ feeding and nutrient release were having a strong negative impact, especially on phytoplankton.  The zebra mussels had a rapid population expansion since their initial discovery in the late 80’s.

Not only that, but a second invasion appeared around the mid-90’s: with quagga mussels starting to show up in significant numbers. These two invasions, together, had an even larger impact on the lake and appeared to make the lakes more susceptible to the proliferation of HABs. “We teamed up with researchers at NOAA to help develop tools for tracking and predicting the timing, extent, movement, and severity of harmful algal blooms which could be used as warning systems for the public,” says Johengen.

As far as what kinds of data were collected on HABs, Johengen and colleagues used a variety of approaches and equipment. “My focus was on nutrient dynamics, and we used a variety of limnological approaches to understand how the blooms responded to variations in their physical and chemical environment.” He and his colleagues took lake water samples from boats, conducted experiments in the laboratory, and did satellite characterization of HABs estimates.

There was also in situ automated data collections involving the use of continuous nutrient monitoring buoys. Prior to that, older data gathering techniques were used, where a grab sample was taken once a week. With the continuous monitoring buoys, it is possible to get nutrient and water quality measurements on hourly time scales. “One of our in situ moorings, the Environmental Sample Processor, is capable of measuring toxin concentrations related to the bloom multiple times a day. We always want to have as much information as we can but also make it available as timely as we can,” he says.

“The World Health Organization gives standards for the microcystin, so people can assess our reported concentrations and compare them to those health standards,” he adds. There is both acute and chronic concern, with 1 microgram/L in drinking water being an acute level.

Johengen has been able to detect some recent trends in the pattern of HABs in the Great Lakes. “We are seeing both an increase in the prevalence of HABs and a geographic range expansion. For example, on the Western tip of Lake Superior, storms and floods have sparked several occurrences of cyanobacterial blooms, and we have never seen these before in this environment, not before the last couple years,” he observes. “In Saginaw Bay and Green Bay, we’re seeing persistent blooms that are hard to remove and basically vary in intensity according to how much nutrients enter those systems within that particular year.”

While HABs can be hard to control or eliminate, Johengen says there are a few approaches that would result in a significant decrease in HABs. “Better nutrient management would help, as indicated by the 40% phosphorus load reduction goal established for Lake Erie by the Nutrient Annex committee as part of the Great Lakes Water Quality Agreement,” he says. “We can potentially reduce public risk even more effectively through dual nutrient management, that is reducing not just phosphorus but also nitrogen. Some of the more recent research suggests dual nutrient reductions would help reduce both the extent and toxicity of HABs more effectively if we can manage both.”

Speaking of western Erie, in terms of dealing with nutrient load due to agricultural use, Johengen believes that a technological or engineering solution probably won’t provide an adequate solution. “I think truly dealing with HABs will require restoring wetlands solutions throughout the watershed. Restoring wetlands must be a collective, wide scale effort, and it will require a holistic, broad approach,” he mentions.

He believes it is important not to lay the blame of harmful algal blooms on any one group of people, for example, farmers. HAB solutions must involve everyone, farmers included. He also believes that management solutions must consider societal needs and the need for making agricultural businesses sustainable. “We need to help give them the tools to better manage nutrients while not impacting their productivity. We’re still working on these types of solutions, but progress has been slow,” he says.

Johengen’s main goals with respect to HABs include reducing the duration, biomass and toxicity of the blooms we are experiencing in the lakes. He also would like to find the best science to forecast and monitor harmful algal blooms, which would help to keep the public safe. He also wants to continue using his HABs research to inform water intake managers and work broadly with agricultural interests and society at large.

“NOAA maintains some good forecasting products and produces Lake Erie seasonal predictions, including where HABs are and where they are likely to go based on water circulation, and where they are within the water column. This information is updated several times a day. Researchers at NOAA’s NCCOS (National Center for Coastal Ocean Sciences) and GLERL (Great Lakes Environmental Research Laboratory) all help gather data for forecasting,” he says.

Johengen admits that HABs are a formidable opponent. He says one of the reasons HABs are so difficult to mitigate and/or eliminate is that the cyanobacteria that create it are highly evolved and great competitors within the phytoplankton community. “Cyanobacteria were the first organisms who oxygenated our atmosphere,” he reflects. “They’re the oldest photosynthetic bacteria and they’re the oldest and most evolved bacteria. Not only are they very tough, we’re creating conditions in our lakes with high nutrients and warmer temperatures that also favor them, making them more successful.” 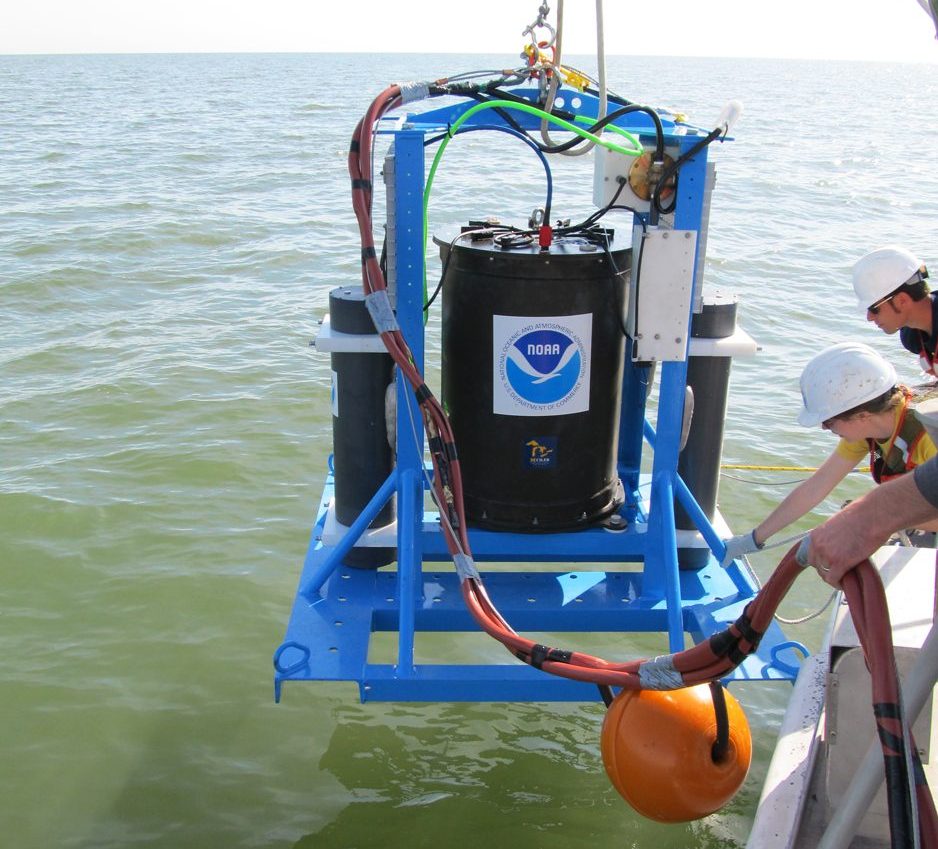 NOAA GLERL’s Environmental Sample Processor (ESP) test deployment, June 2016. The “ESPniagara,” aptly named for its use in a Great Lakes system, is a “lab in a can” that tracks the levels of dangerous toxins produced by cyanobacteria that bloom each summer in the western basin of Lake Erie (Credit: NOAA GLERL)